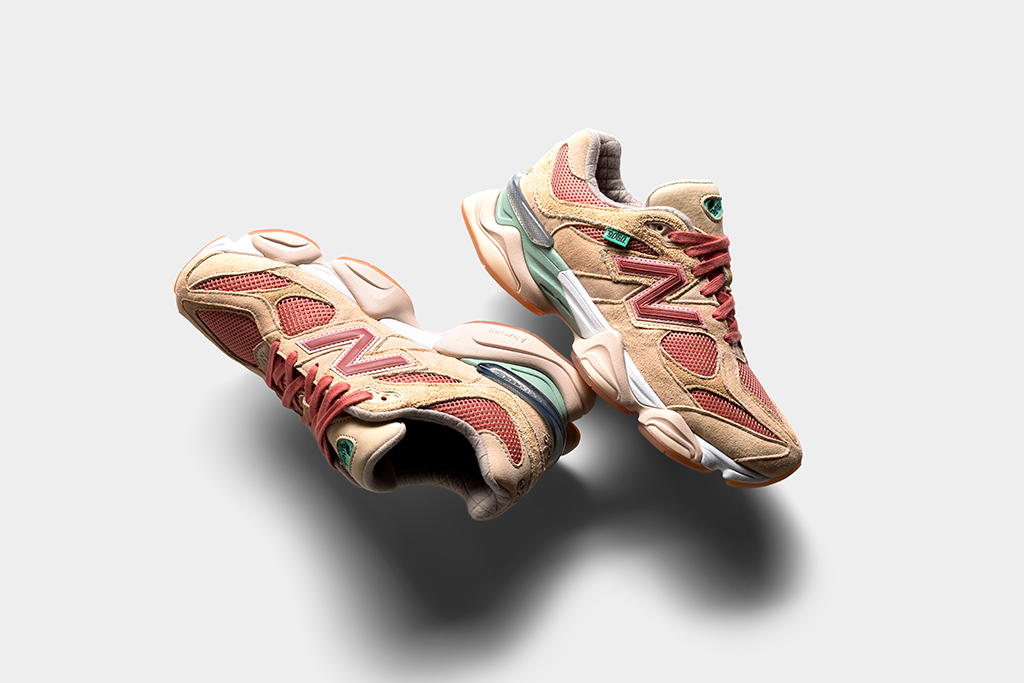 Collaborations flooded the sneaker landscape yet again, and there were several standouts in 2022.

This year, brands invested in collabs including Jordan Brand, New Balance, Salomon and Nike delivered countless hits with influential retailers, designers and others such as A Ma Maniére, Joe Freshgoods and DJ Khaled.

Here are 11 of the year’s top sneaker collaborations, in no particular order, as told by today’s renowned collectors.

“Always use your inside voice when you’re talking to me” is just one of the many lines stated poetically by Harold Green on a staircase, reminiscent of the childhood homes we grew up in. We didn’t grow up in the same household but like Joe Freshgoods those same unwritten rules of a black upbringing filled with love, respect, rhythm, recipes, all diligently crafted who we are as individuals today. He told a story by us, for us that felt like home. For me, the imagery and visual stories experienced on screen adds more to the sneaker and you carry that with you while wearing it in the outside world.” — Taja Keasal

“This was a breakthrough collaboration, in sneakers, sports, and culture. People use ‘game changer’ loosely, but Eastside Golf really did that by challenging the golf’s archaic rules and traditions. For their story and message to then be represented on the most historic basketball sneaker is incredible. Not to mention, the shoe itself is super clean.” — Victoria Chiang

“‘Brooklyn’ Air Force is my best collab of 2022 because the of exhibit in Brooklyn, the hype over the official date of release and because the exhibit was open for Virgil [Abloh’s] birthday on Sept. 30. I felt Virgil would have been one of the people to change the sneaker game and how a corporate footwear company should run. His presence impacted so many people from sneaker collectors to people who work for fashion and all walks of life. He will be missed.” — Damaries “Kickitwitdd” Negron

“I think the Hidden x Salomon Xt-4 is my favorite collab of the year. Hidden has been providing instagram with a mood board over the past few years and developed a passionate following. Salomon has a growing passionate following of their own and have seen their popularity rise dramatically over the past two years. The Xt-4 collab is clean and simple enough to rock on a daily basis but those who know, know.” — Henry Francois

“When we discuss the successes of Union, the focus is often on [Union LA owner] Chris [Gibbs], but it’s important to remember that [Gibbs’ wife] Bephie [Beth Birkett] has been there the whole time. She is an icon, an archetype and a foundational piece of sneaker culture. I was so happy to see her name lifted and her story amplified.” — Jazerai Allen-Lord

“Nina’s Air Jordan 2 is the best execution of a collaborator taking an existing model and making it their own in 2022. If you look at her body of artwork, you can clearly see that she used the Air Jordan 2 as another canvas in which to express herself creatively. It won’t rank high on most people’s lists because her name doesn’t fetch as much hype as other collaborators, and resellers found themselves unable to pimp them out for a profit, but neither should be the standard that sets the barometer for collab of the year. In fact, my only gripe is that they didn’t come in a men’s size 15.” — Rashone “Afrikan Caesar” Bryant

“My collab of the year goes to the Air Jordan ‘Two 18.’ I personally think there was no greater storytelling than that this year. It was polarizing, powerful and purposeful.” — Ricky Shoebio

“Joe might be my favorite storyteller and collaborator in sneakers this year. His heartfelt interpretations on classic New Balances reached an apex with the 993, a sneaker we traditionally see in neutral grays and blacks, hit with a bold splash of pink, blue and green. His visuals for the campaign were some of my favorite of the year, the shoe itself is premium with a beautiful color palate and his humility despite his massive success continues to cement his as both the people’s champ and a favorite at the brand. Without reservation, my top pick for collab of the year — specifically, the ‘Powder Pink’ colorway.” — David “Kari” Daniels

“The roll out with the garden butterfly boxes made me want the shoe in that habitat. Between rollout and how they look on foot the Union 2 was really good mix.” — JerLisa Nicole

“James Whitner‘s collaboration with Jordan Brand tops the list this year of collabs with another artistic story told through sneakers honoring Black and brown leaders who, like him, are visionaries changing the world. This one was tough to call with all the great design work happening in the industry and I would call a close second on any of the Joe Freshgoods x New Balance collabs. I got a chance to see Whitner rocking his own masterful creation ahead of its drop at a Black Footwear Forum Homecoming in Detroit and it was clear that he knew he had an iconic collab on a Jordan favorite and classic model.” — Darryl Glover

“You need to hold these beauties to properly judge them because photos do them no justice. Khalid and Jordan Brand get my nod for collab of the year because I’m a Jordan 5 Stan and the shoes ooze positivity. In a world full of issues, I appreciate DJ Khaled’s positive and catchy phrases — I’d rather have my shoes tell me ‘Keep Going’ rather than ‘Kick Rocks.’ The packaging is crispy, the materials are on point, and the messaging inspires me. Bless up.” — Robbie Falchi