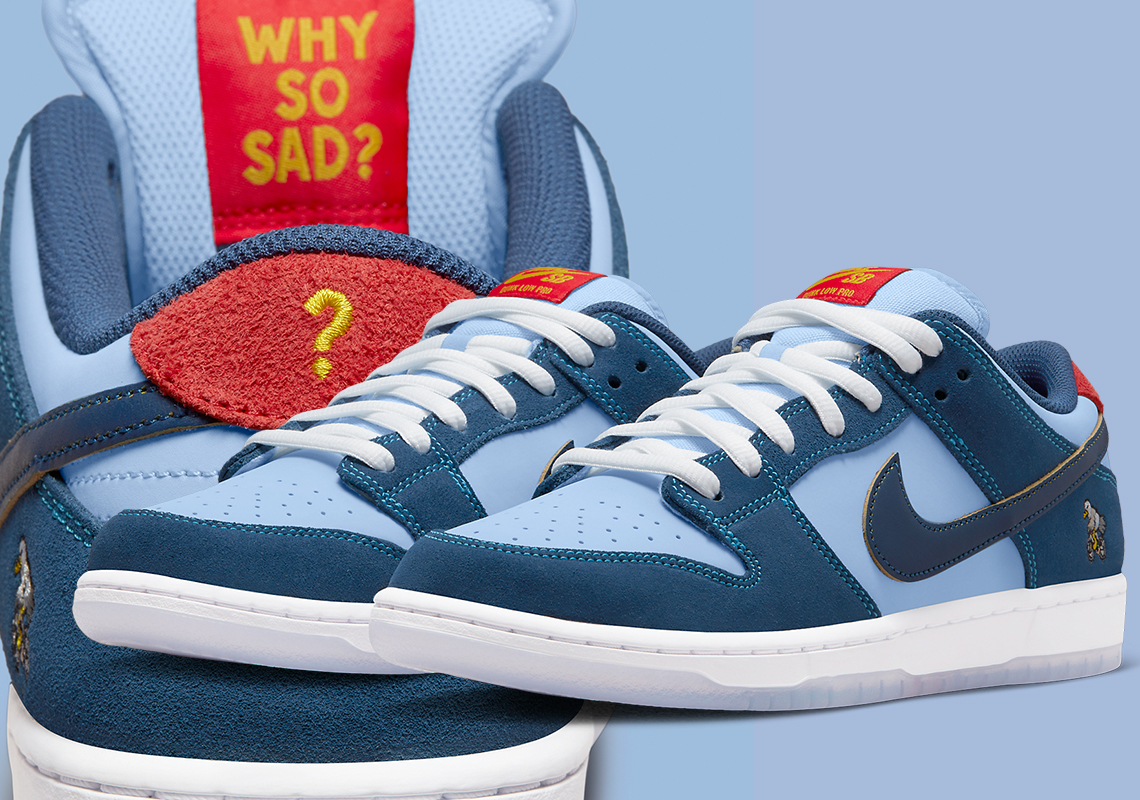 Over the last few years, professional skateboarder John Rattray has dedicated his time to building “Why So Sad?,” a fundraising effort that aims to raise awareness and maintain the dialogue around mental health. And thanks to the Swoosh, Rattray is able to bring his mission to a greater stage, spreading word of mouth by way of a collaborative Nike SB Dunk Low.

Following its reveal halfway through June, the Why So Sad? x Nike SB Dunk Low has surfaced in detail courtesy of official images. As seen on Rattray’s online collection of writings — i.e. The Predatory Bird — the fundraising mission has produced quite a few pieces of merchandise, whose graphics often depict a bird performing various activities. Here, it’s seen riding a cycle across the heel and on a skateboard along the right sockliner, the latter of which sits opposite to standard co-branding. Elsewhere, question marks are repeated multiple times, emblazoned onto both the heel tab as well as the aglets; “WHY SO SAD?” in bold lettering accompanies, printed on the backside of the tongue.

Shades of blue, then, dress the entire colorway, outfitting the base and overlays in a light and dark shade, respectively. And while the Swoosh may seem ordinary from the outside, it will gradually shift to yellow with wear, likely referencing how one may hide their depression and worsening mental health.

For a closer look at the Why So Sad? x Nike SB Dunk Low, see the official images below. No release date has been announced yet, but we should learn more very soon. 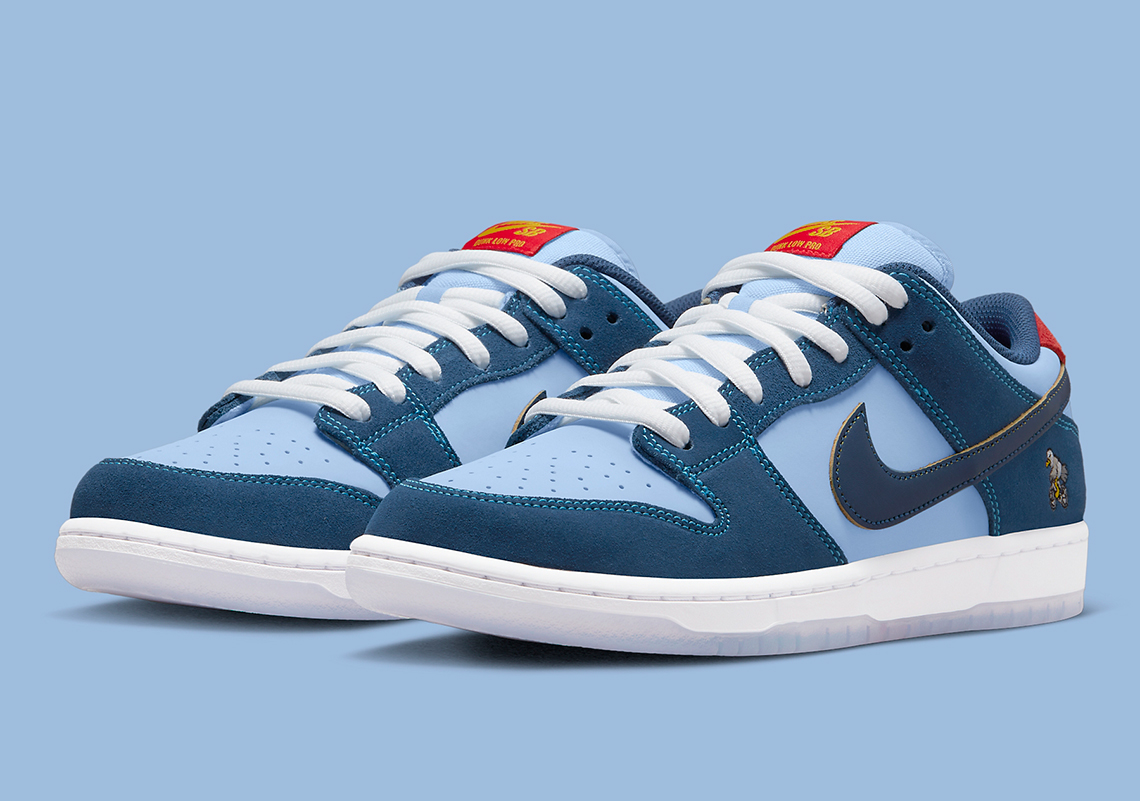 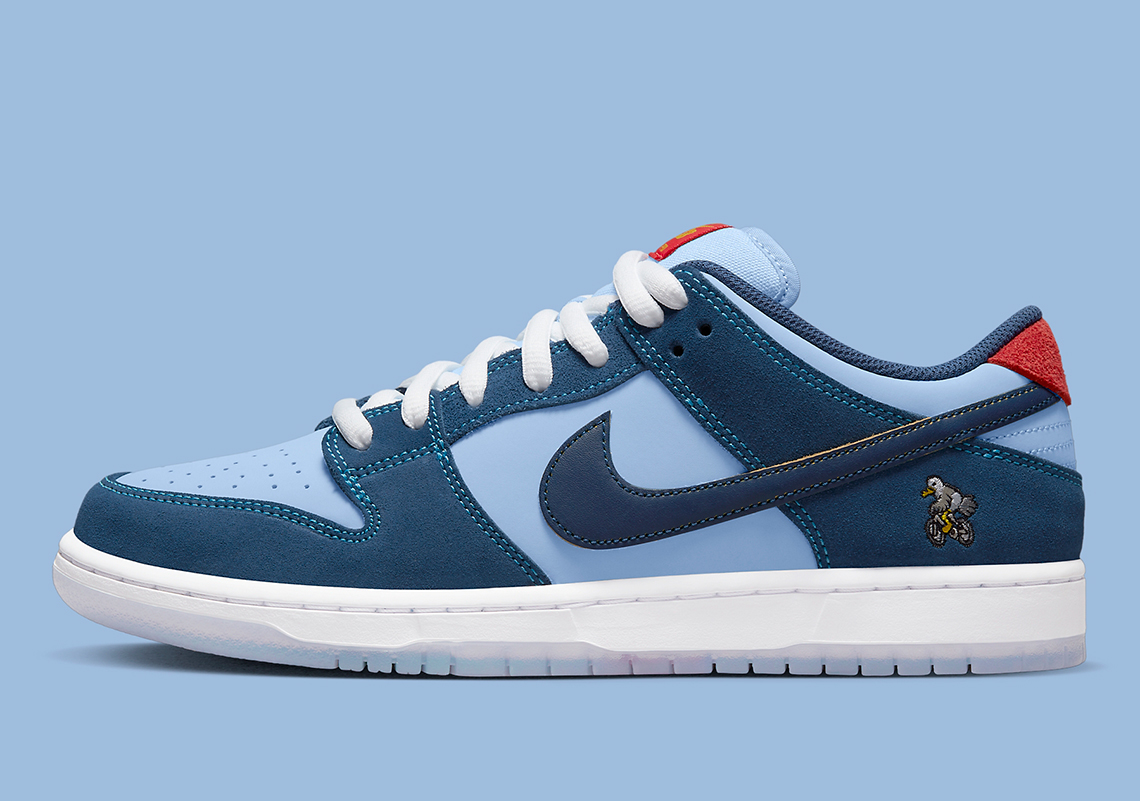 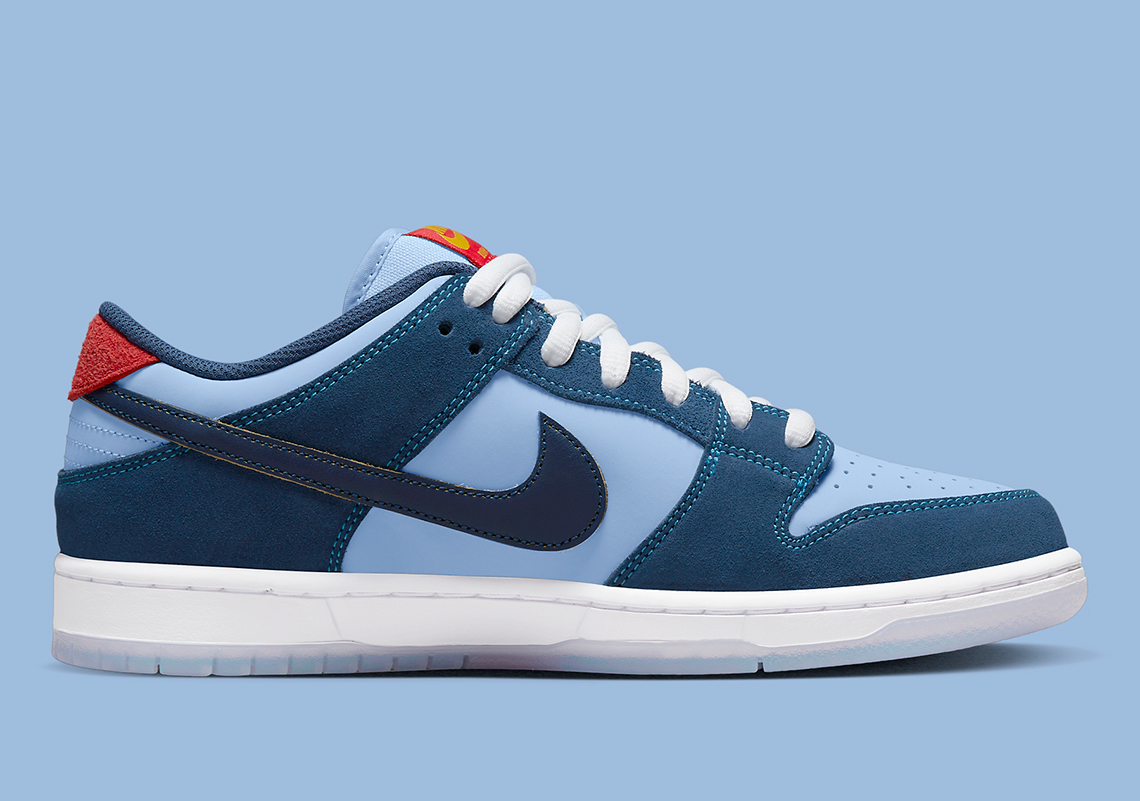 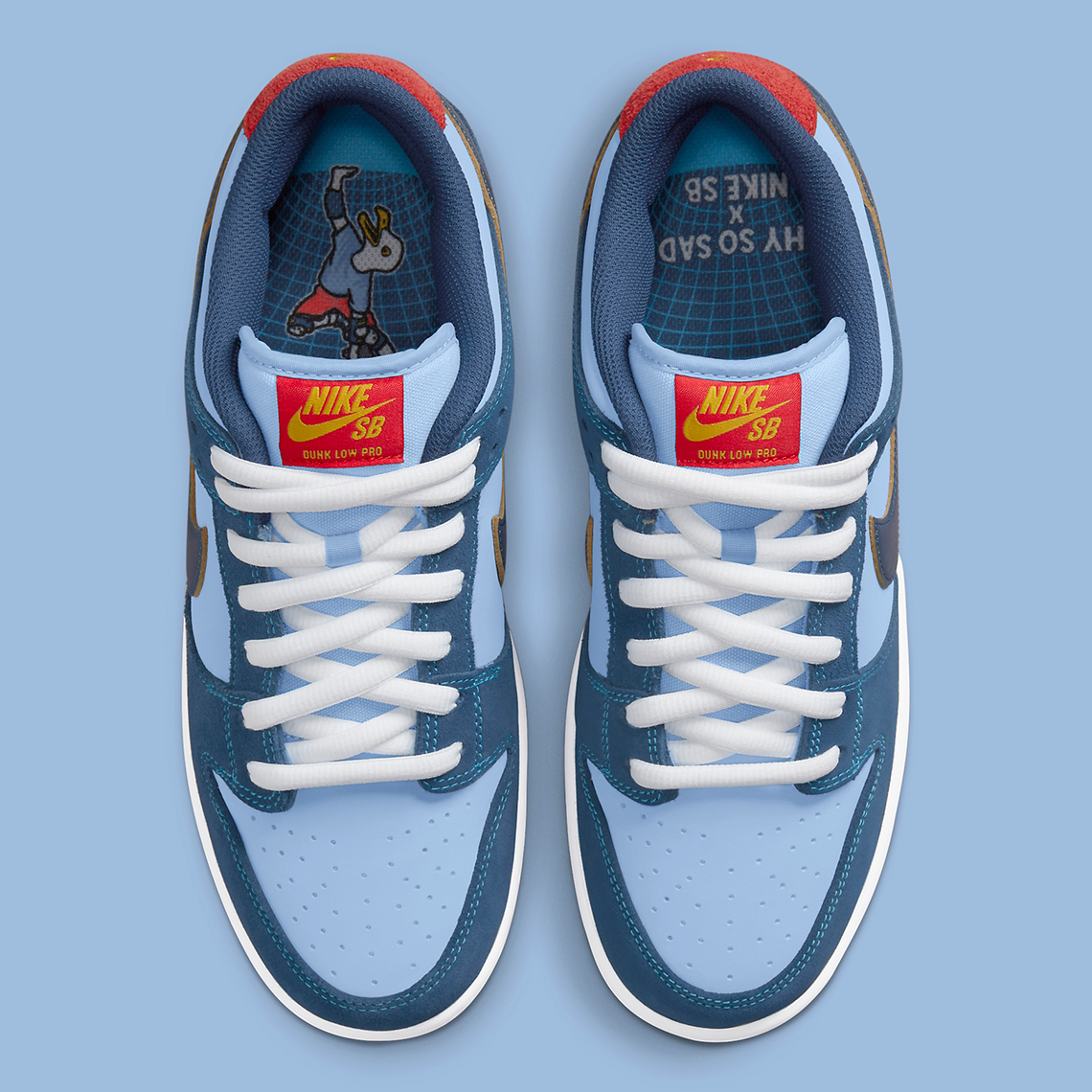 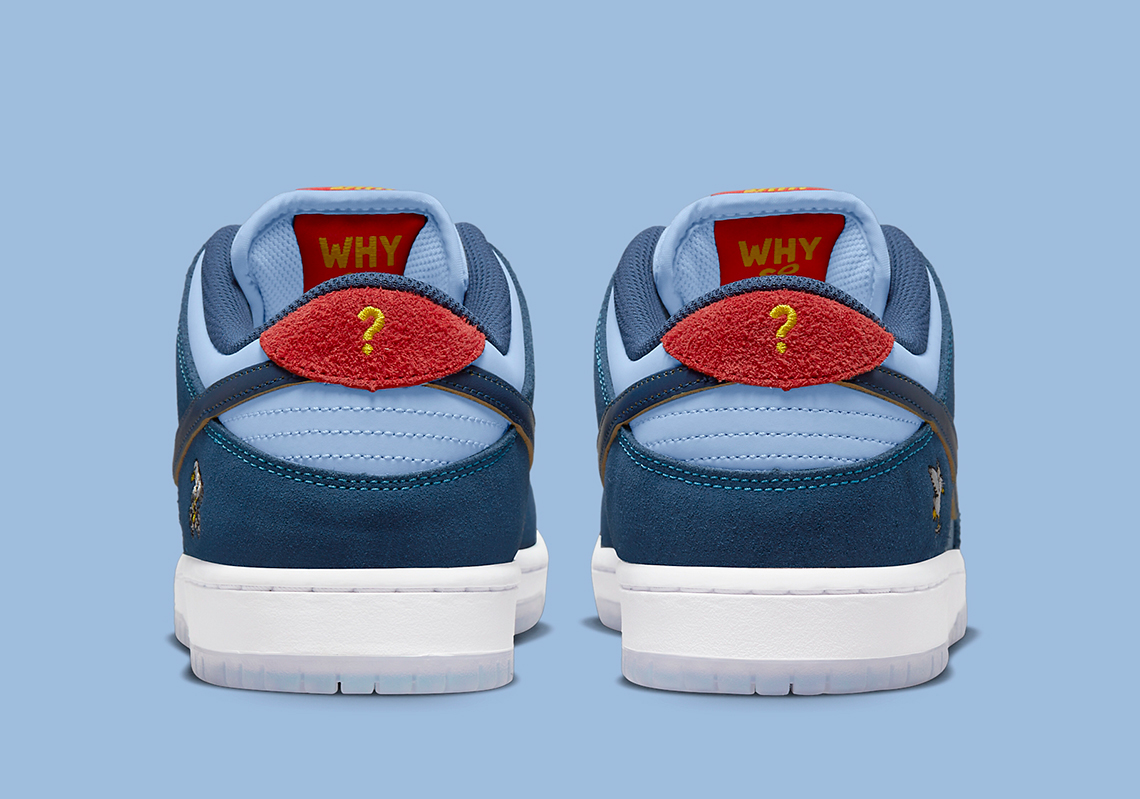 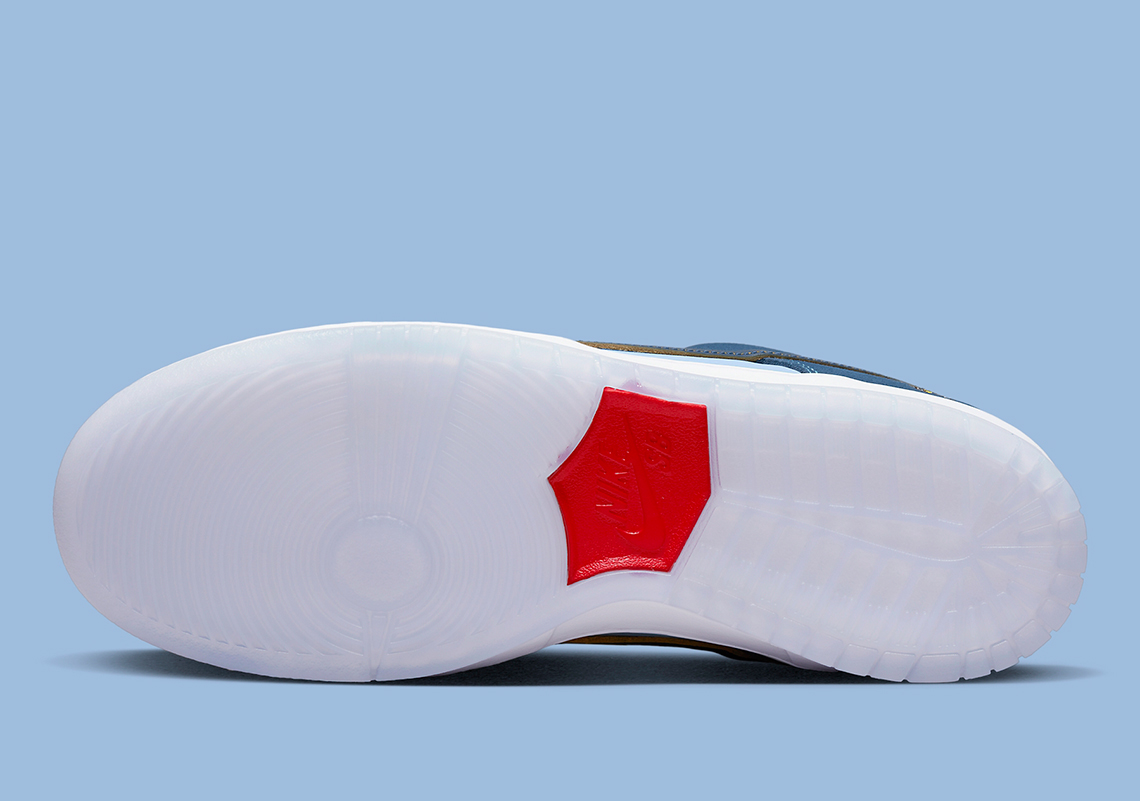 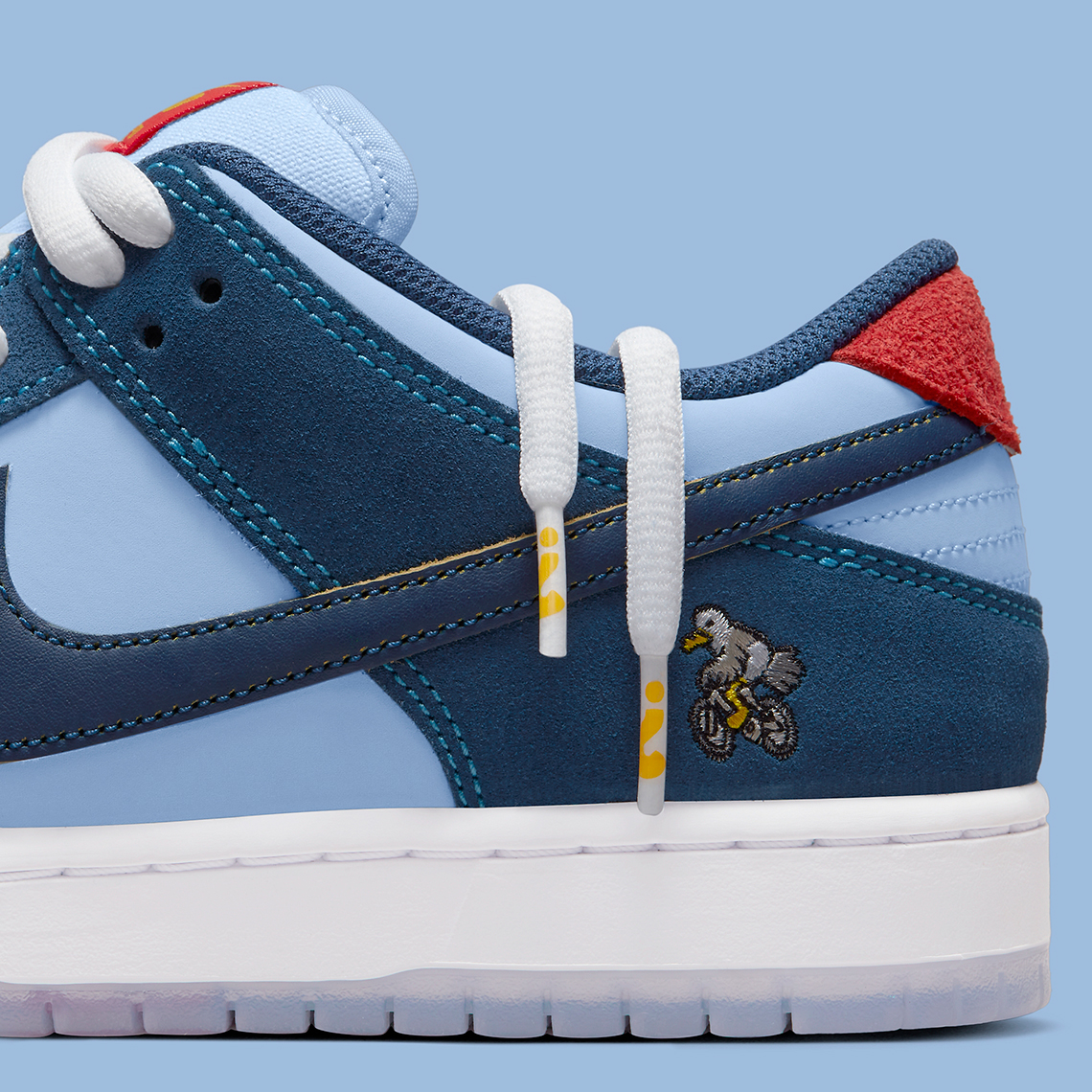 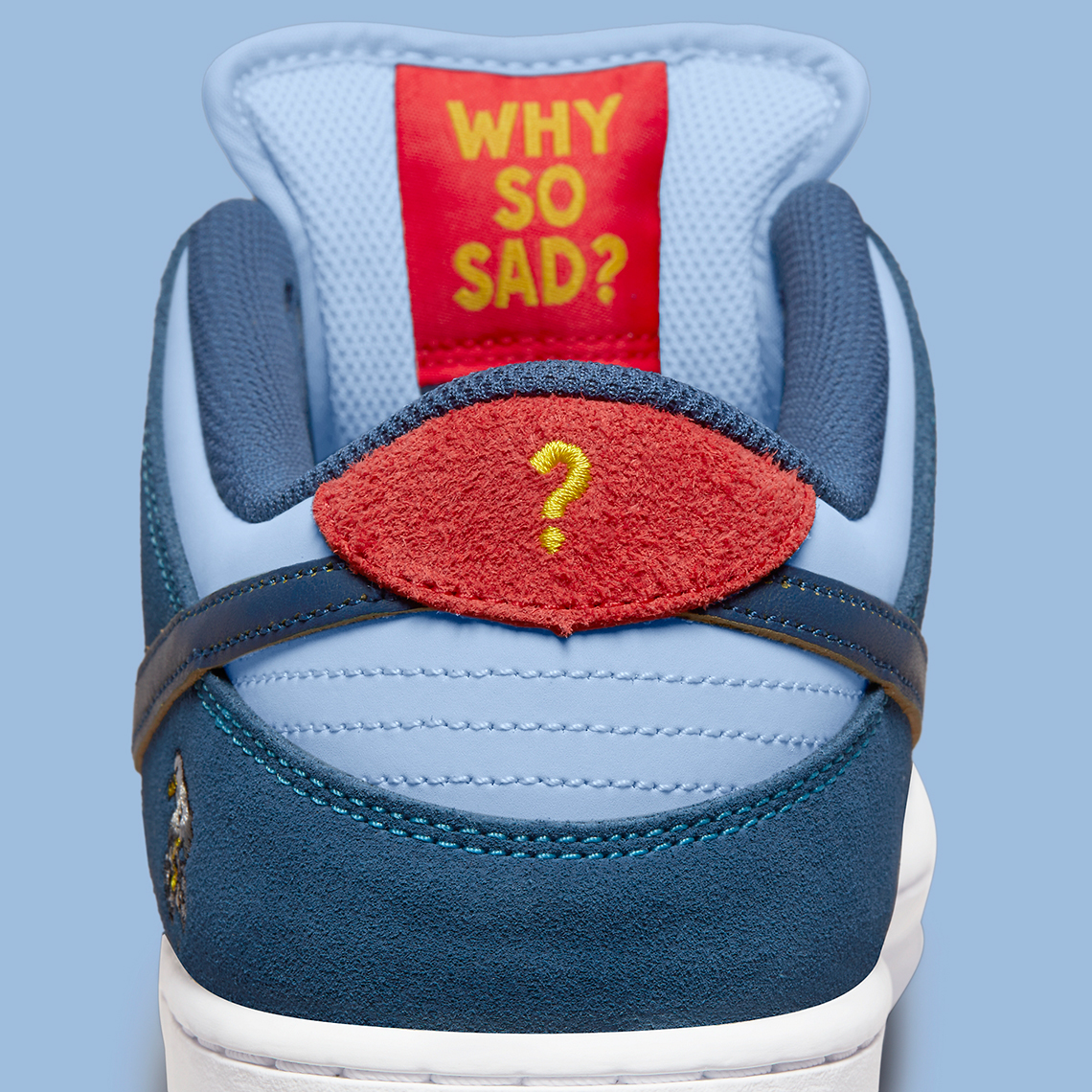 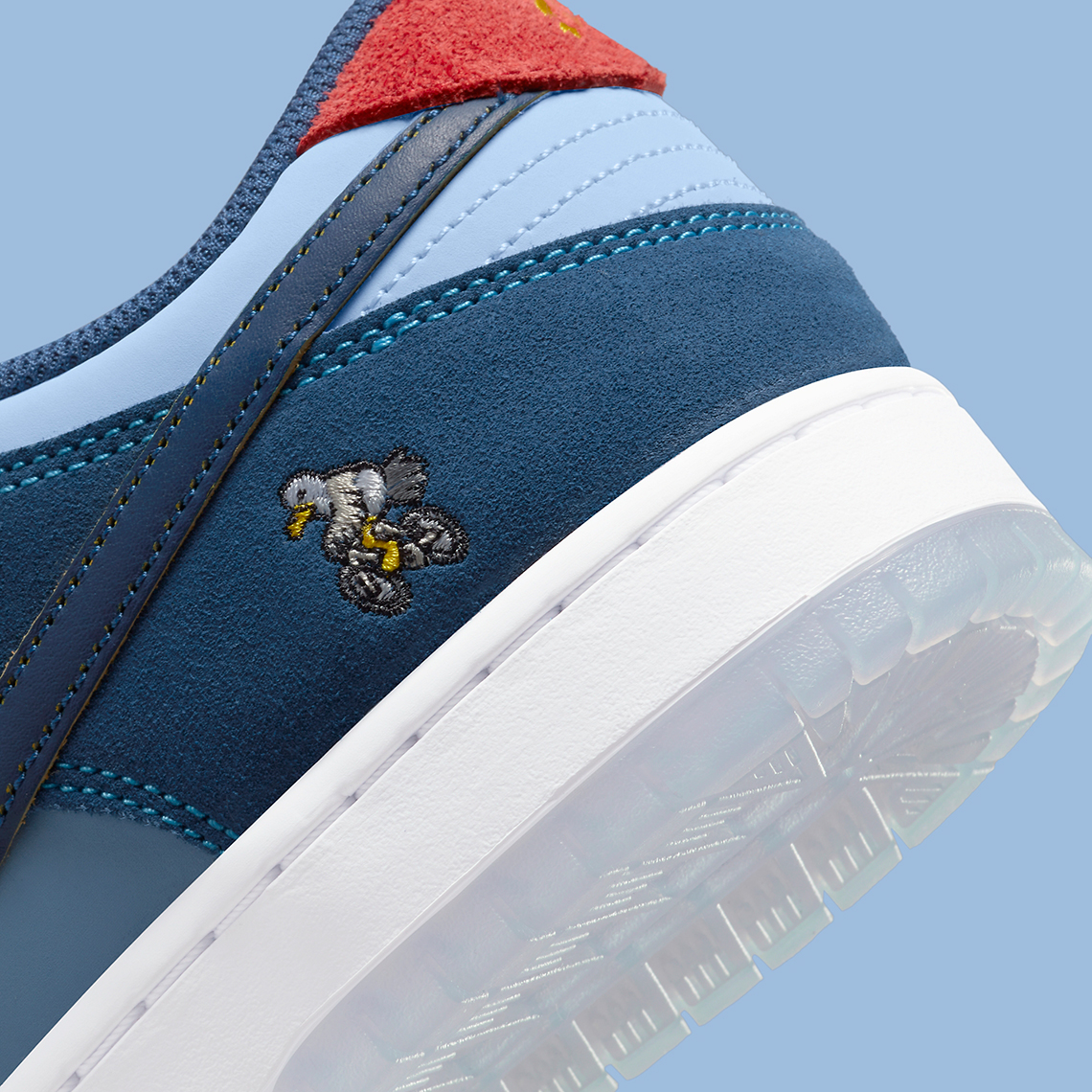 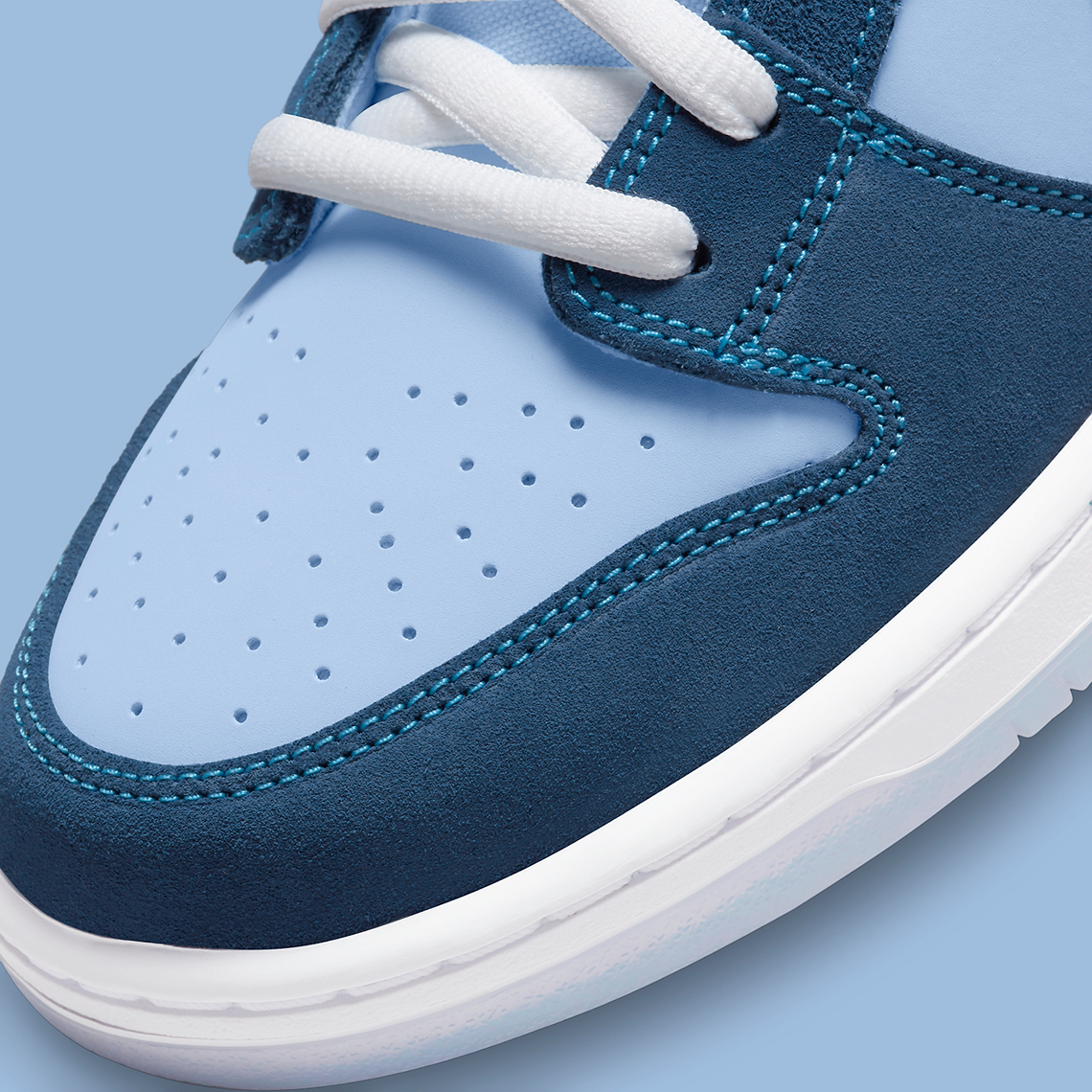 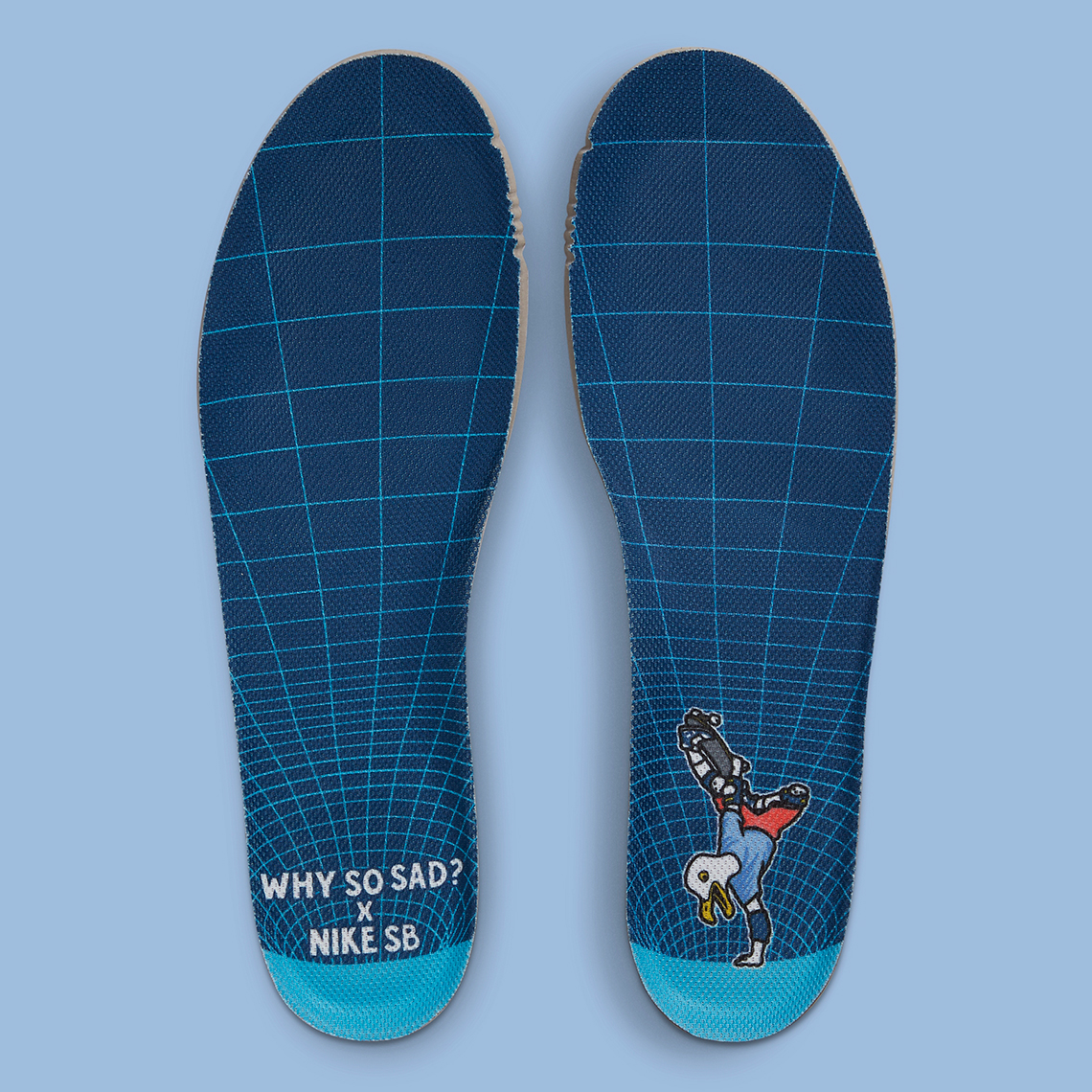