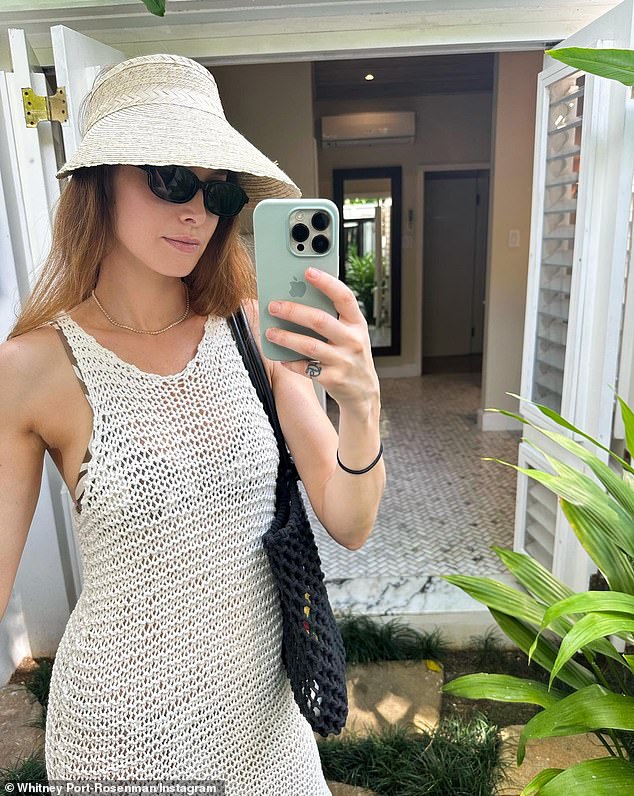 The 37-year-old The Hills star put her lean figure on display in a series of Instagram images shared on Monday with the caption, ‘how is this trip almost coming to a close?! Why do these things always go by so fast? How do we freeze time?!?’

In the first image, the MTV Hills alum wore a black and white bikini under a white crocheted bathing suit cover-up, Birkenstocks, and a straw large-brimmed visor hat.

Tropical Christmas: Whitney Port jetted to Jamaica to soak up the sun for the holidays

The entrepreneur added a black crocheted bag, worn over her left shoulder, and sunglasses as she took a picture of herself in a mirror.

In the second shot from her post, the fashion designer shared a short video panning from her feet up to her head as she showed off her flattering outfit in a full-length mirror.

In the third snap, the mother-of-one put her outfit on display again from a different angle amid the backdrop of the Round Hill Hotel & Villas where she stayed.

On Thursday, Whitney flaunted her washboard abs in a camouflage bikini as she posed for an Instagram update. 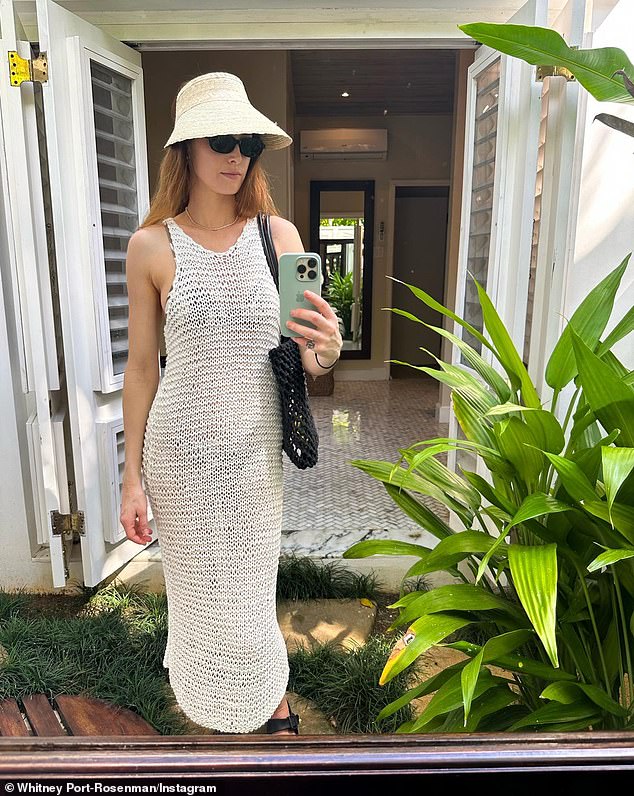 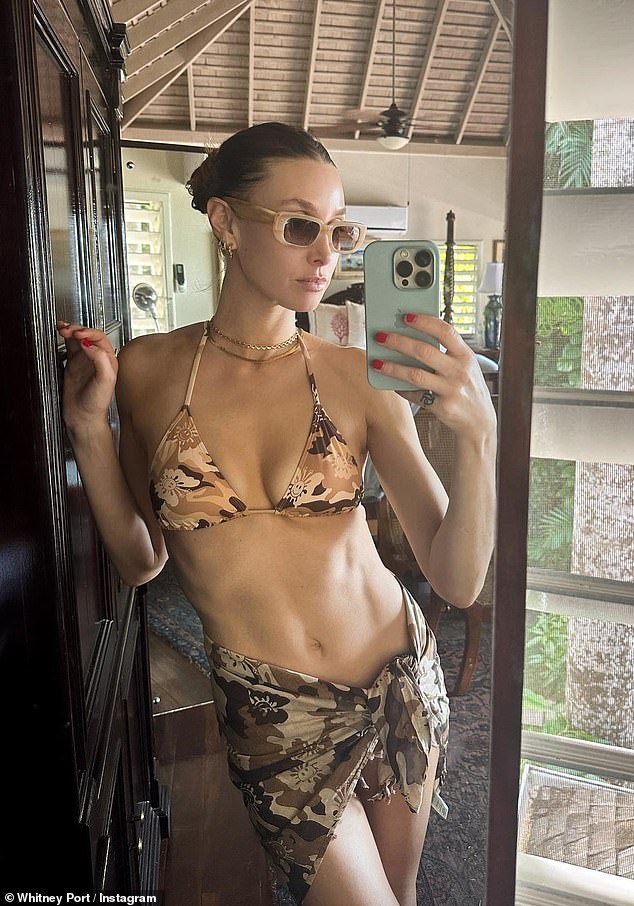 Jaw-dropping: Whitney wore a camouflage bikini for an Instagram update from Jamaica on Thursday 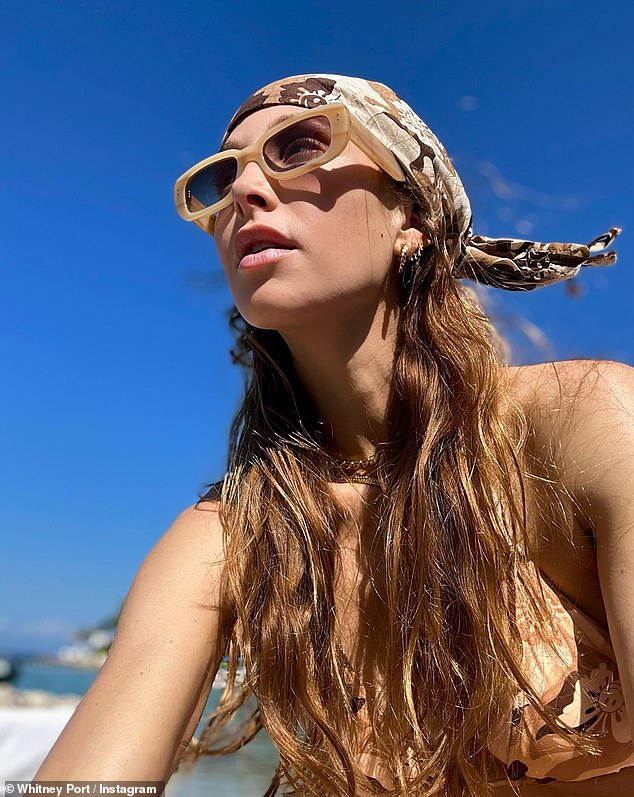 Glowing: Whitney pulled her caramel locks back into a sleek bun before letting it down and adding a coordinating headscarf as she headed to the beach

The reality TV star looked incredible in the tiny two piece that she paired with a matching sarong.

Whitney pulled her caramel locks back into a sleek bun before letting it down and adding a coordinating headscarf as she headed to the beach.

She seemingly went makeup free for her sun-soaked day as she showcased her flawless complexion.

To top off her look, she shielded her eyes with a pair of rectangular framed sunglasses and accessorized with some gold necklaces. 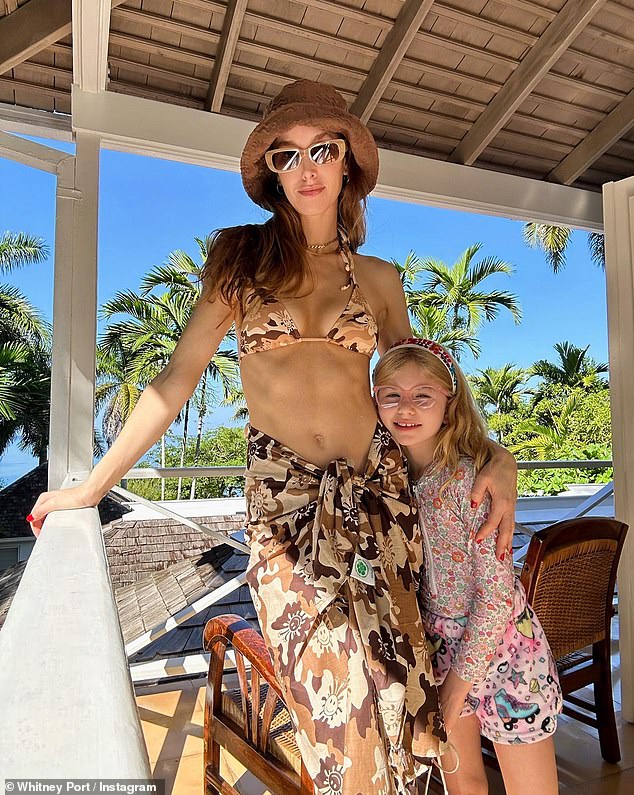 Family fun: The beauty protected her eyes with a pair of rectangular framed sunglasses and added a few gold necklaces 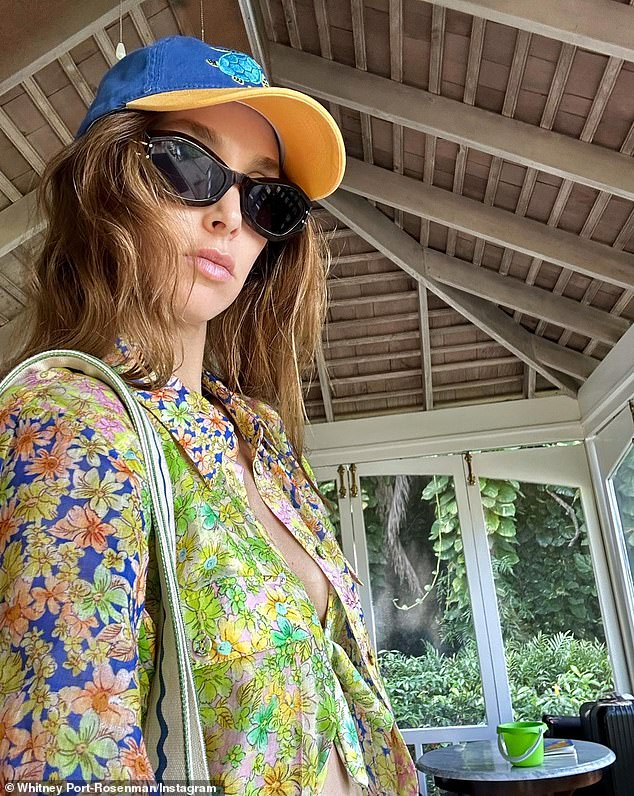 Looking fit: Whitney modeled a green bikini that tied in the front with a floral print, worn under a matching green, red, and blue top

Chronicling the day with play-by-plays, Port did not skip a beat and delighted fans with image of herself in various outfits throughout her trip.

One impressive look was a green triangle top bikini with a floral print, worn under a matching button-up, worn open.

See also  ‘That ’90s Show’: What’s changed and who remains the same in Point Place - National

Whitney was the epitome of beach chic as she paired the flattering bikini with a blue and yellow baseball hat and oversized acrylic framed shades. 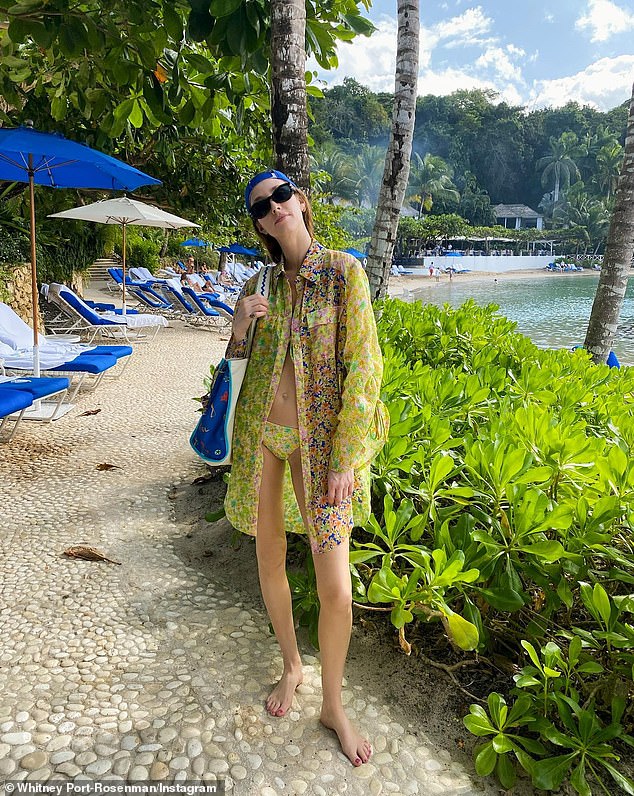 Sharing her fun in the sun: As she soaked up the surroundings, Whitney shared play-by-play images of her trip 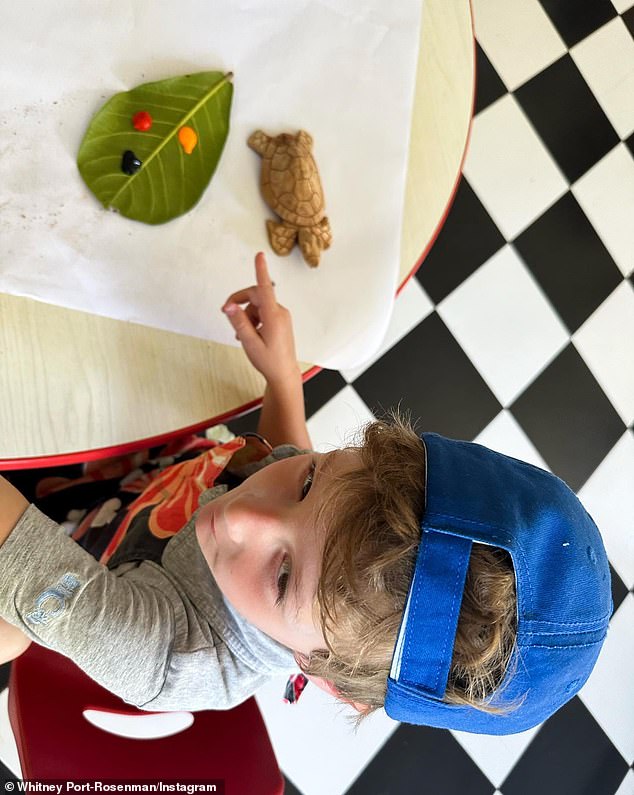 Her pride and joy: The mother-of-one often posts snaps of her five-year-old boy, Sonny Sanford

The doting mother also shared images of her son as he pointed towards a small wooden turtle near a few colors of paint on a large leaf.

Port has enthusiastically shared moments from her trip with her fans, highlighting her close relationship with her husband and son.

Whitney and and her husband, Tim Rosenman got together in 2012, two years after the end of her reality show The City, where he was one of the producers.

They ultimately tied the knot in Palm Springs in 2015 and welcomed their little bundle of joy into the world in July 2017. 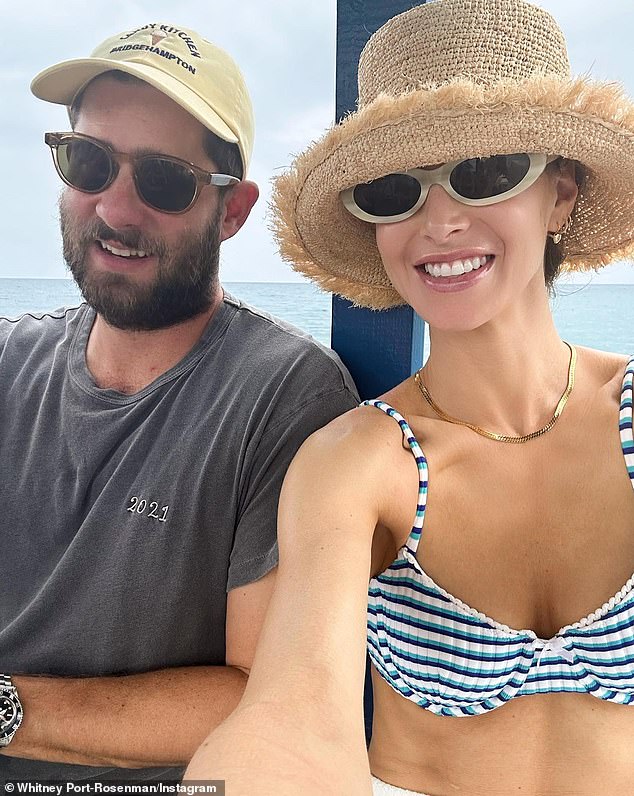 Love time: Whitney met her husband Tim Rosenman in 2012, two years after the end of her reality show The City where he was one of the producers

Although Whitney has attempted to give Sonny a sibling, she has suffered three miscarriages over the past four years.

At the start of the year, Whitney discussed IVF, ‘We are considering all of it at this point but also feel almost complete with Sonny.’ ‘We want Sony to have a sibling but we are not going to sacrifice our whole happiness to have it.’

The actor and entrepreneur shot to fame on The Hills during the original run of the series, which ran from 2006 to 2010 and was itself a spin-off of Laguna Beach: The Real Orange County. 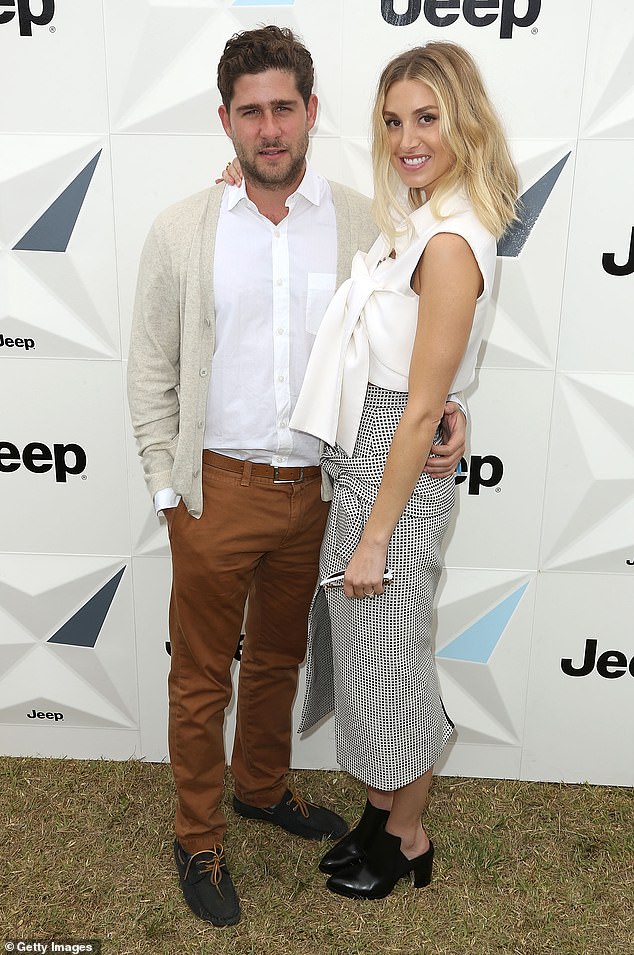 Big loss: It comes after Whitney revealed recently that her husband’s father, Doug, passed away earlier this month; Pictured with Tim in 2015