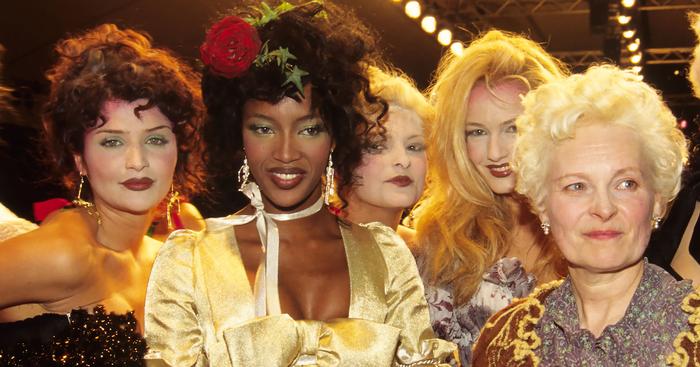 I have some sad news to report: designer Vivienne Westwood has died at the age of 81. Her husband and creative partner, Andreas Kronthaler, had some sweet words to say in a press release: “I will continue with Vivienne in my heart. We have been working until the end and she has given me plenty of things to get on with. Thank you, darling.”

The brand’s official announcement also included details on the forthcoming Vivienne Foundation, which will work with NGOs in four categories: climate change, ending war, defending human rights, and protesting capitalism. Officially launching next year, the foundation aims to “create a better world and implement Vivienne’s plans.” The press release also detailed Westwood’s practice of Taoism and her decades-long activism. Scroll down to revisit some of her most iconic runway looks in tribute to the fashion icon.