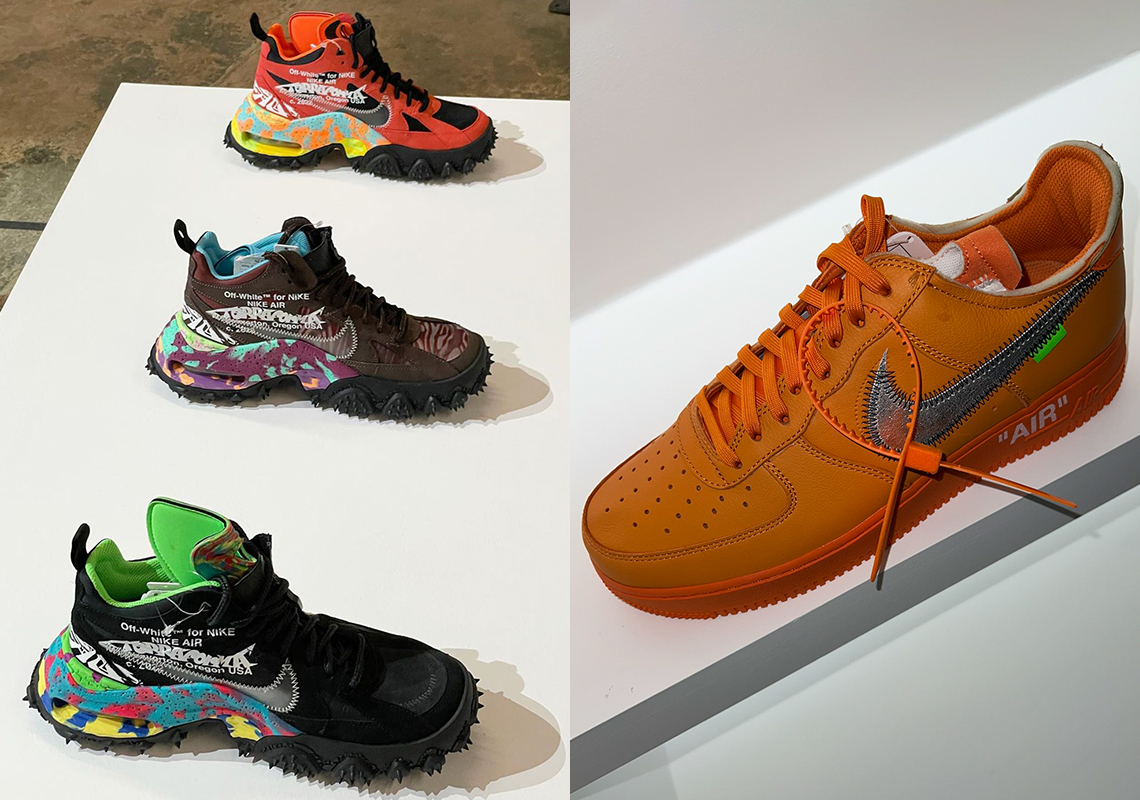 Back in November, Nike announced “Virgil Abloh: The Codes c/o Architecture,” a brand new experience dedicated to the creative legacy of the late Virgil Abloh. Open to the public from today to December 4th, the exhibit features much of the beloved designer’s work, including a few unreleased pairs and samples that are only now seeing the light of day.

According to Shannon Abloh in an interview with The New York Times, there are “hundreds of projects that [Virgil Abloh] worked on that he never put out,” some of which is on display right now. Alongside several colorways of the first original Off-White x Nike sneaker — the Air Terra Forma — the exhibit highlights many of Abloh’s iconic collaborations, such as the Air Jordan 1 and the Air Jordan 4. The equally notable Off-White x Nike Air Force 1 Low is also up for viewing not just in its previously-released offerings but also four unseen ones: a cream, red, orange, and burgundy colorway.

Also in conversation with The New York Times, John Hoke, the Chief Creative Officer over at Nike, mentioned that there’s at least a year’s worth of Off-White x Nike product already in the pipeline. It’s possible that some of what’s on display at the “Virgil Abloh: The Codes c/o Architecture” exhibit will be available in the future, as Shannon Abloh mentioned that she would like to bring Virgil Abloh’s unreleased work to fruition.

If you’re lucky enough to be in Miami this week, make sure to head to the “Virgil Abloh: The Codes c/o Architecture” experience before it ends on December 4th. The exhibit is currently being held at the Rubell Museum. For a glimpse at what you can expect to see, look below. 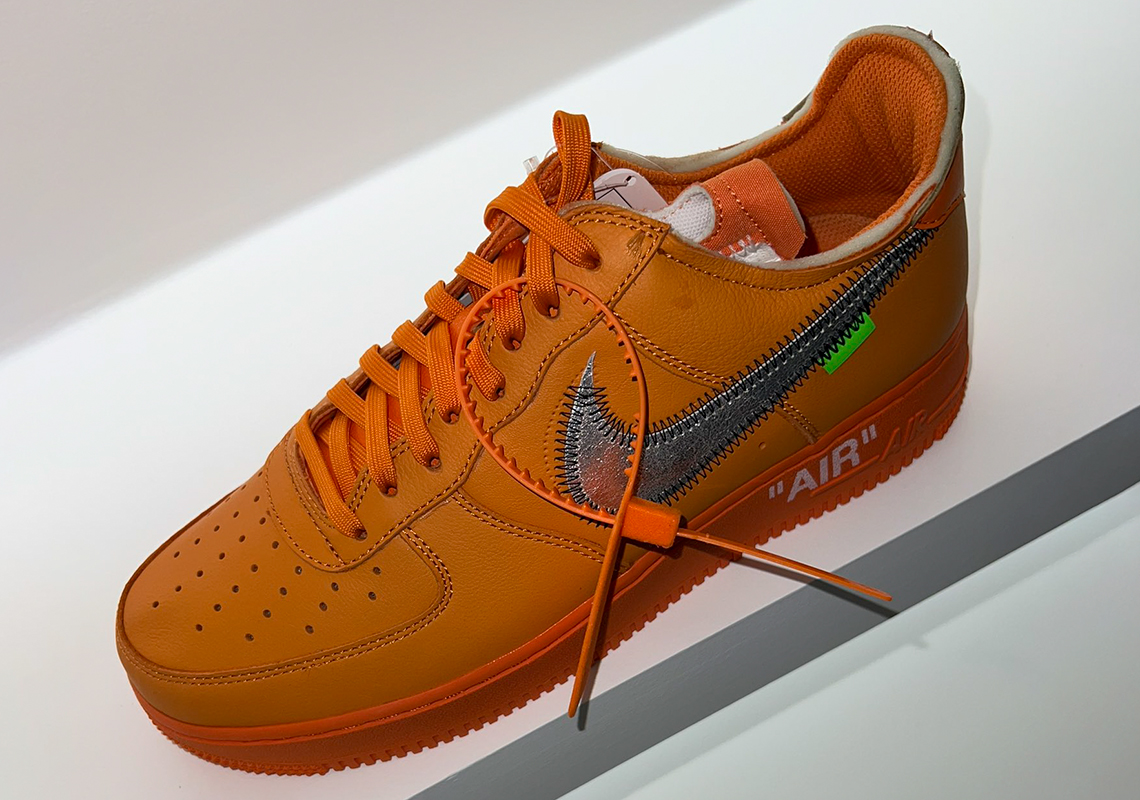 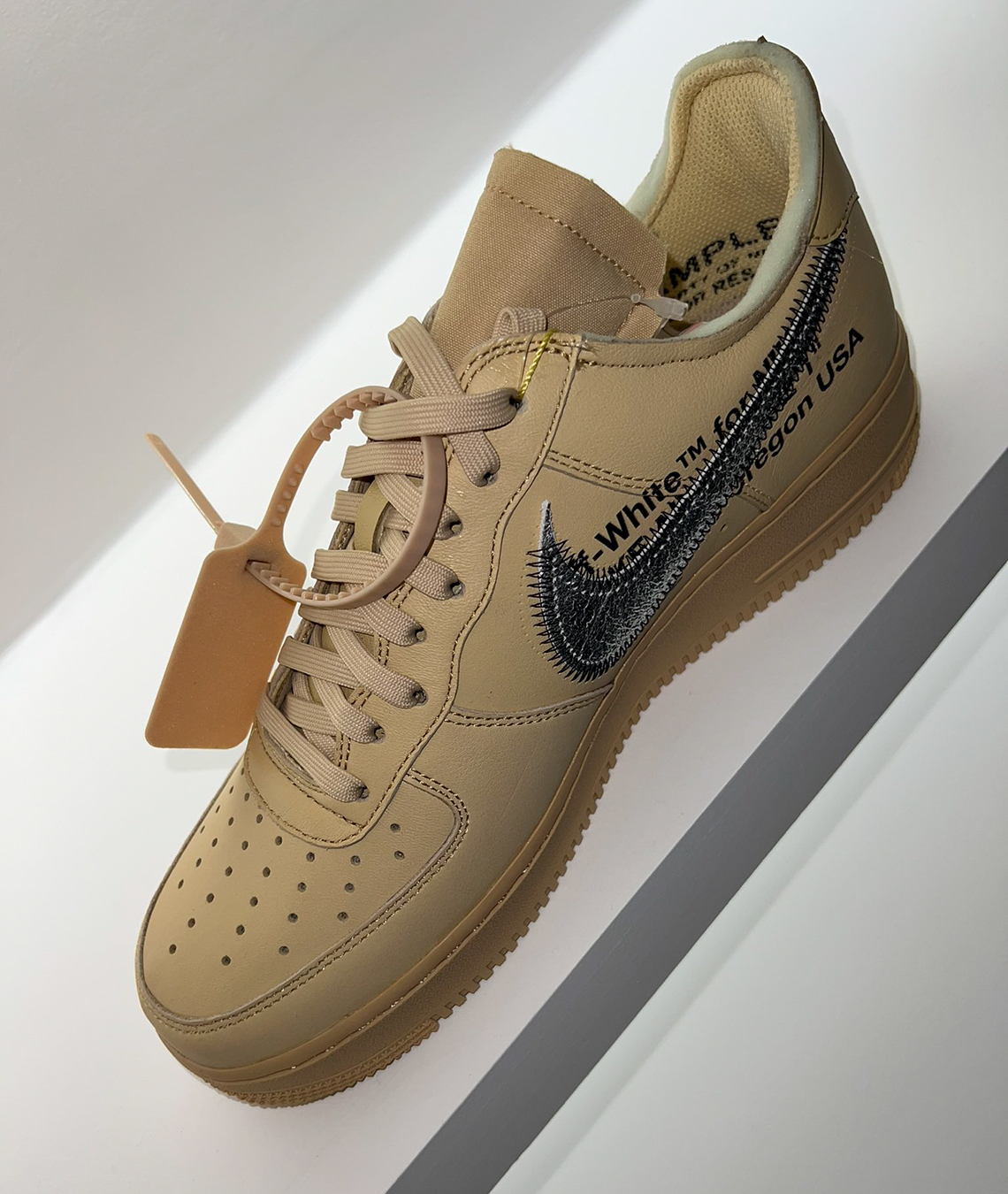 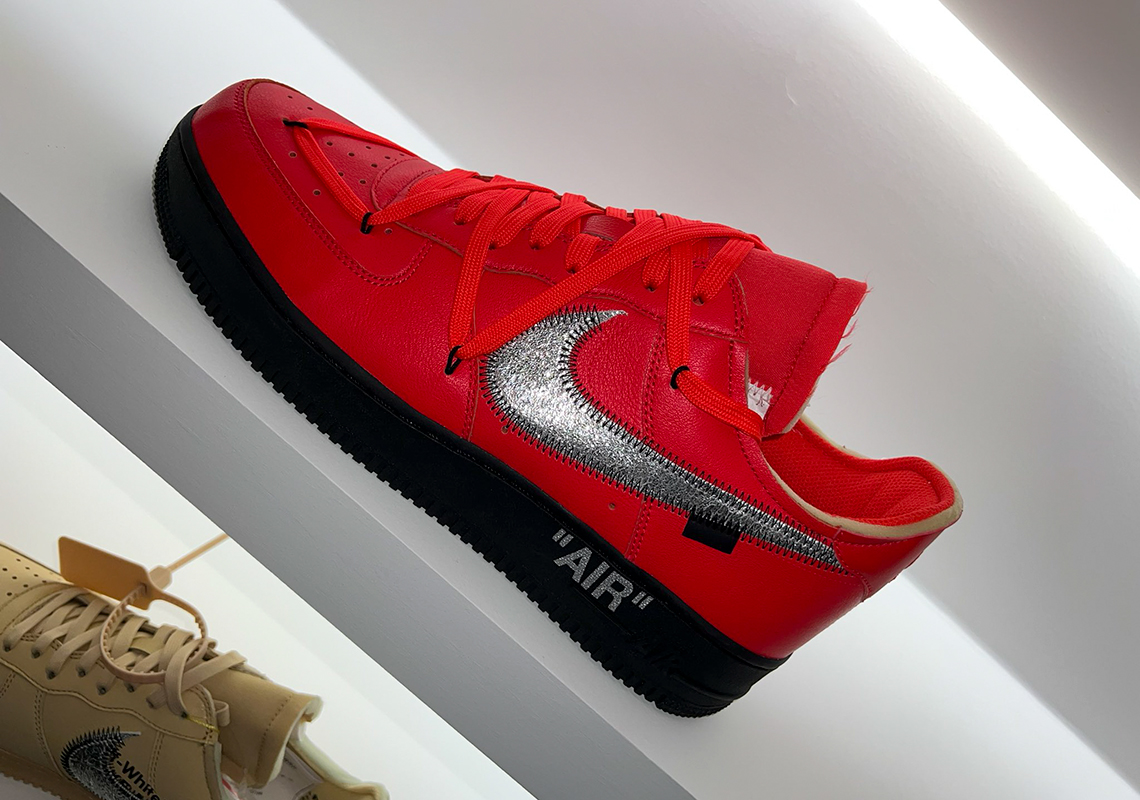 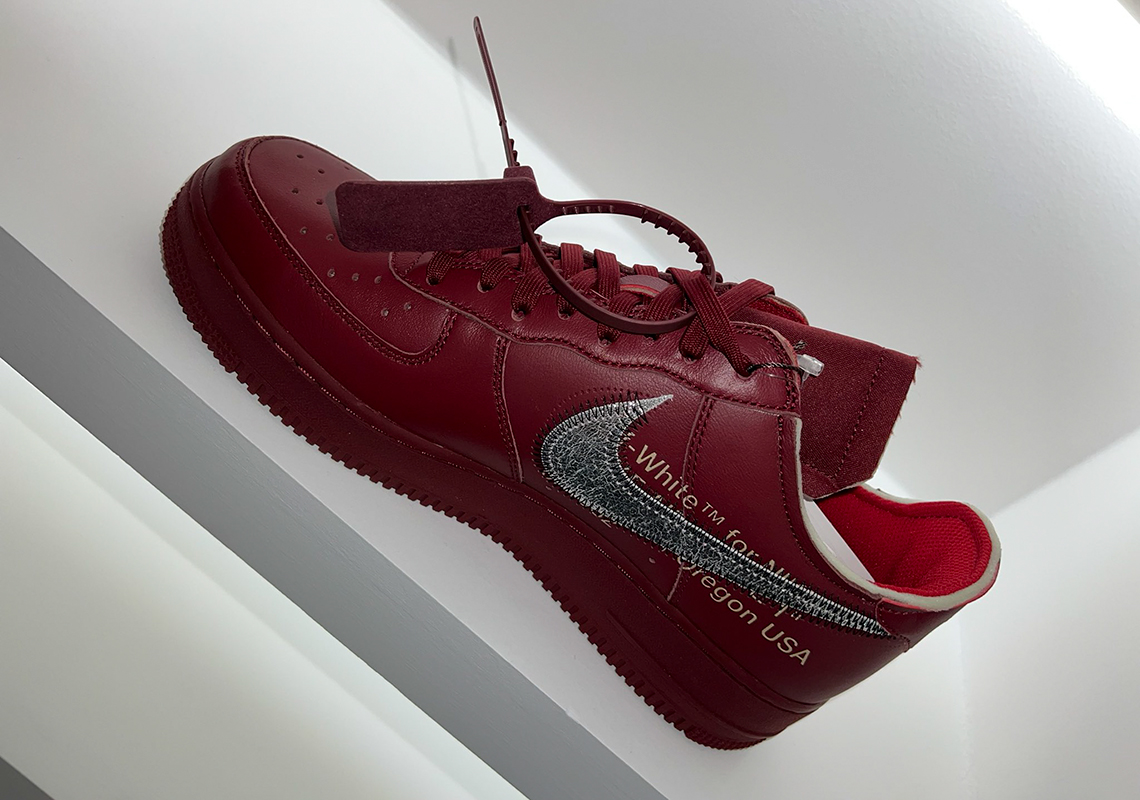 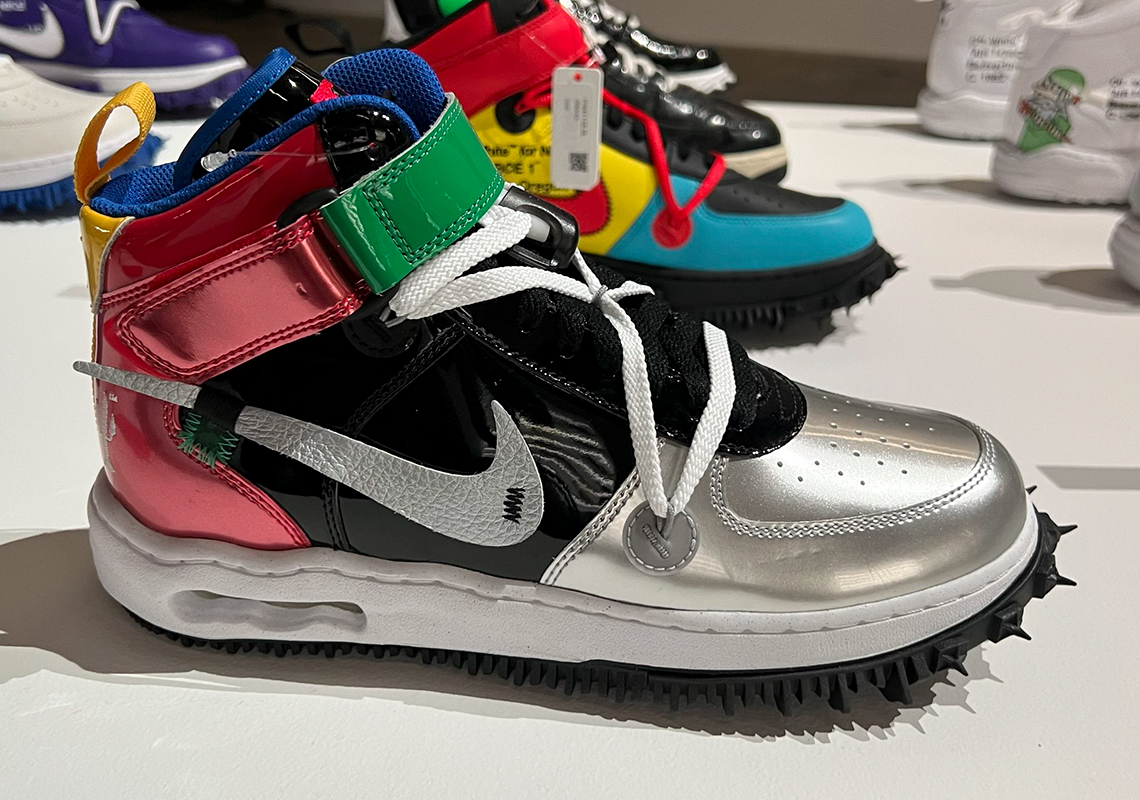 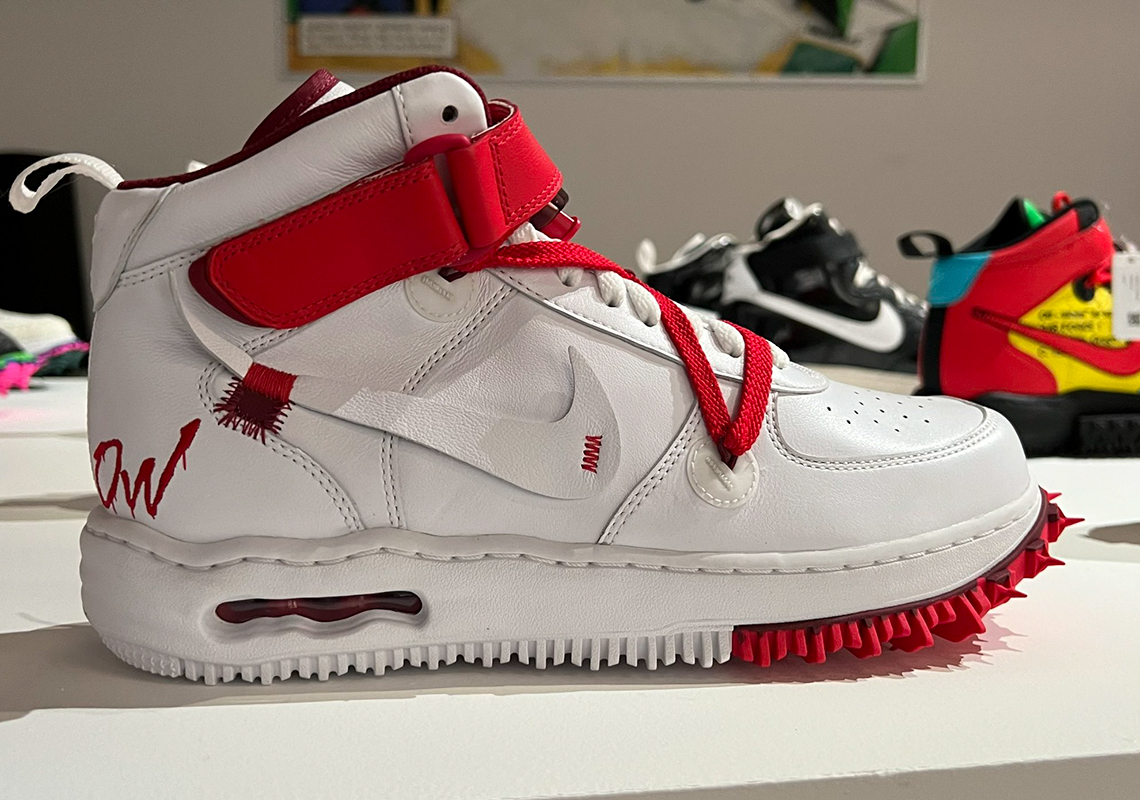 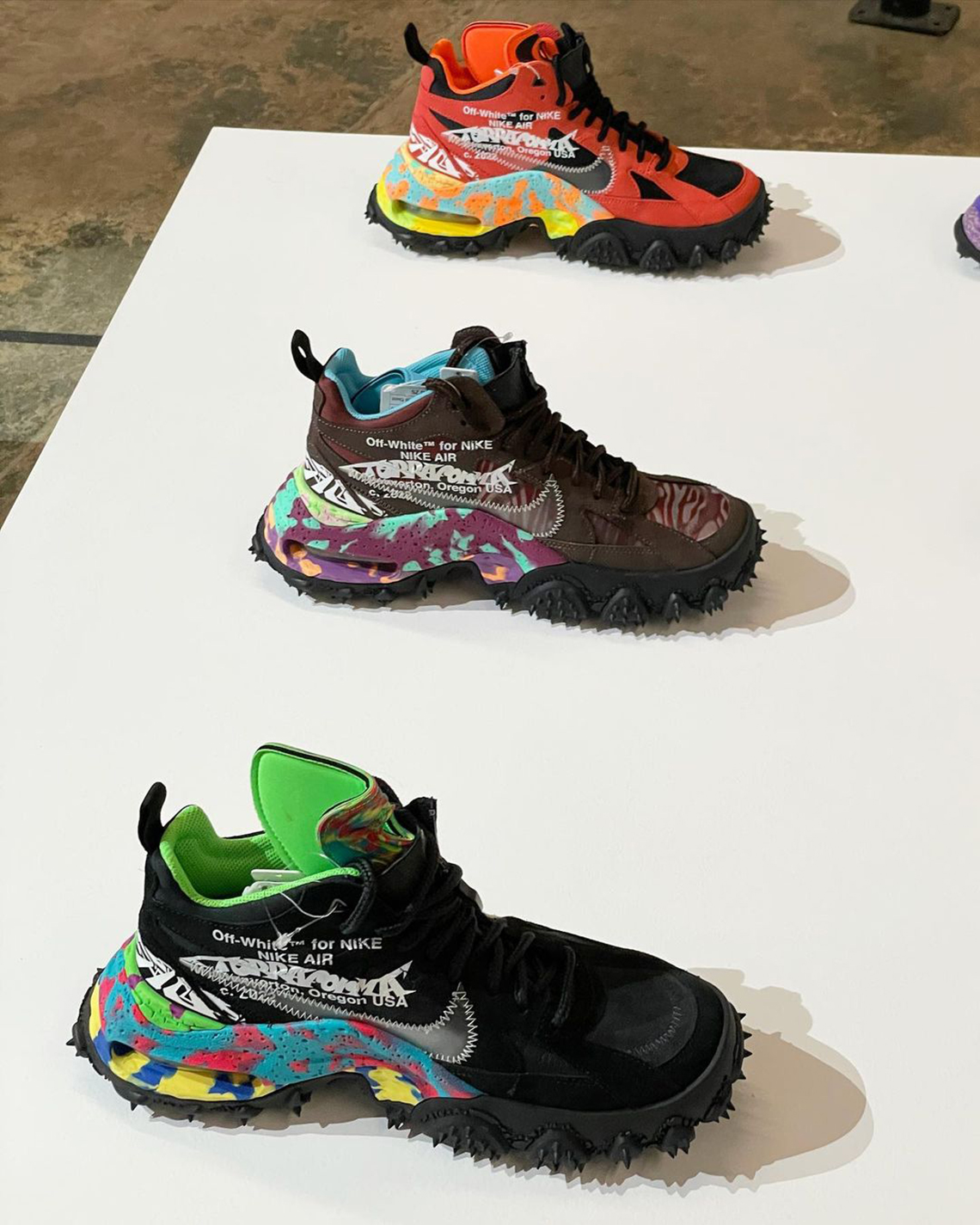 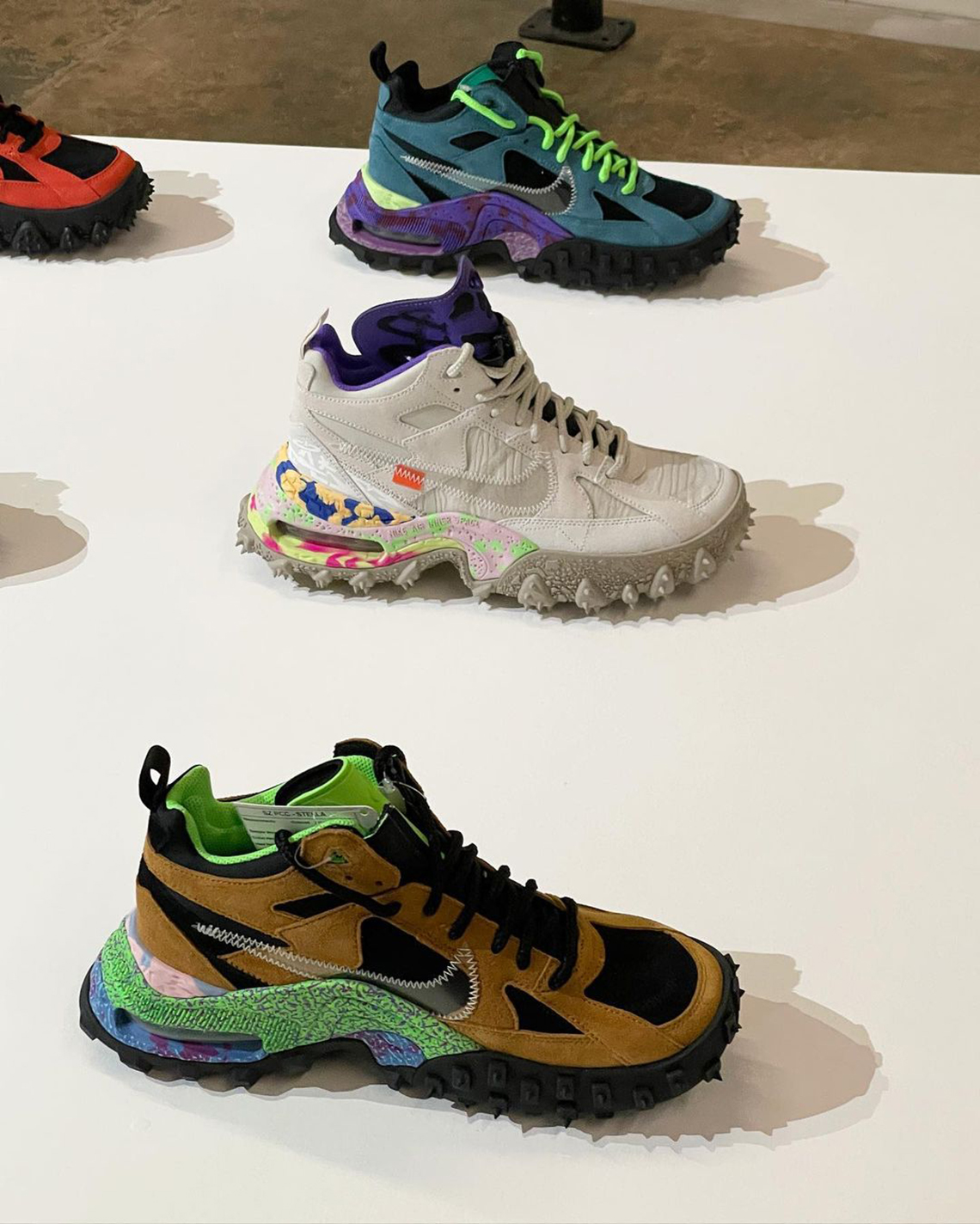 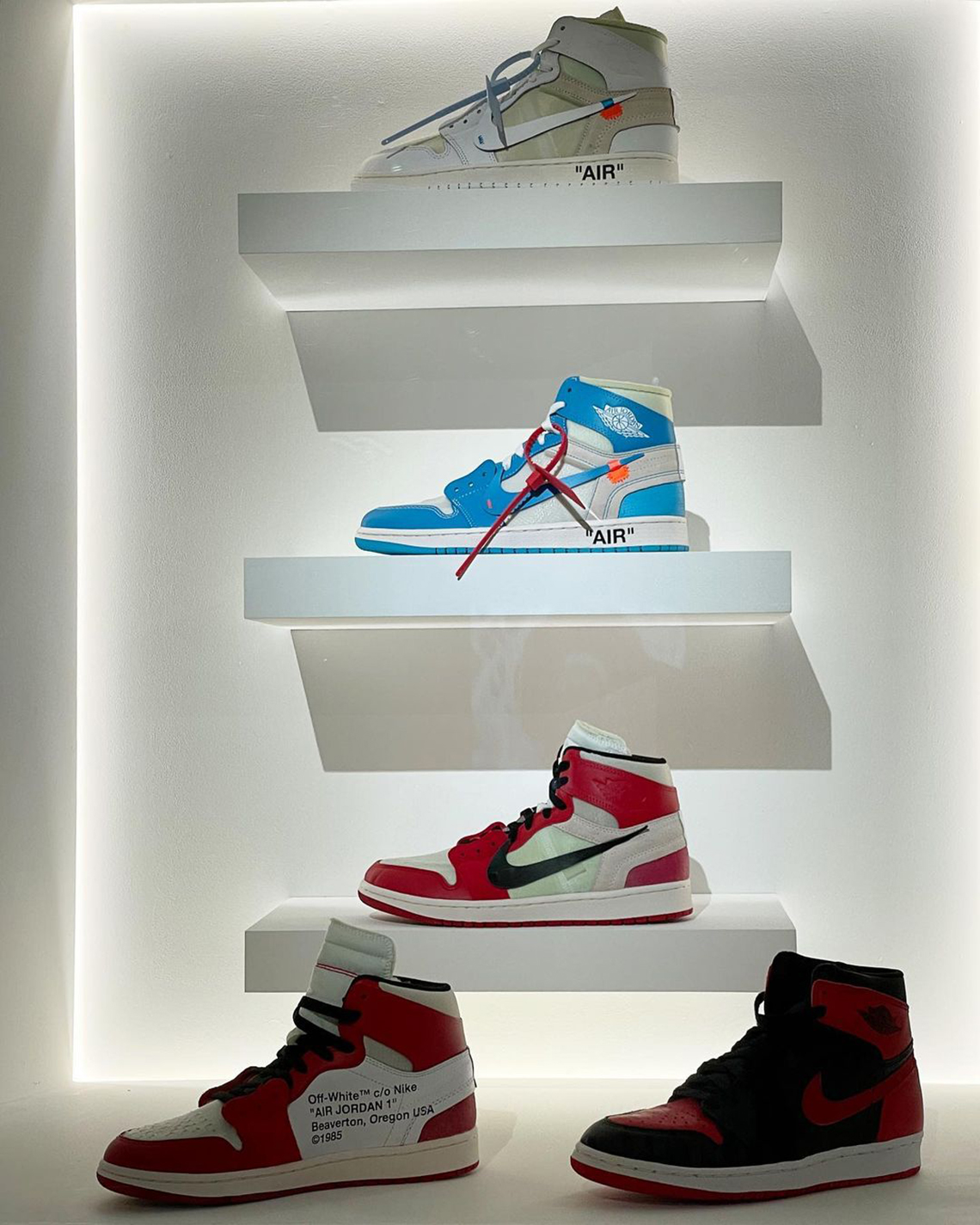 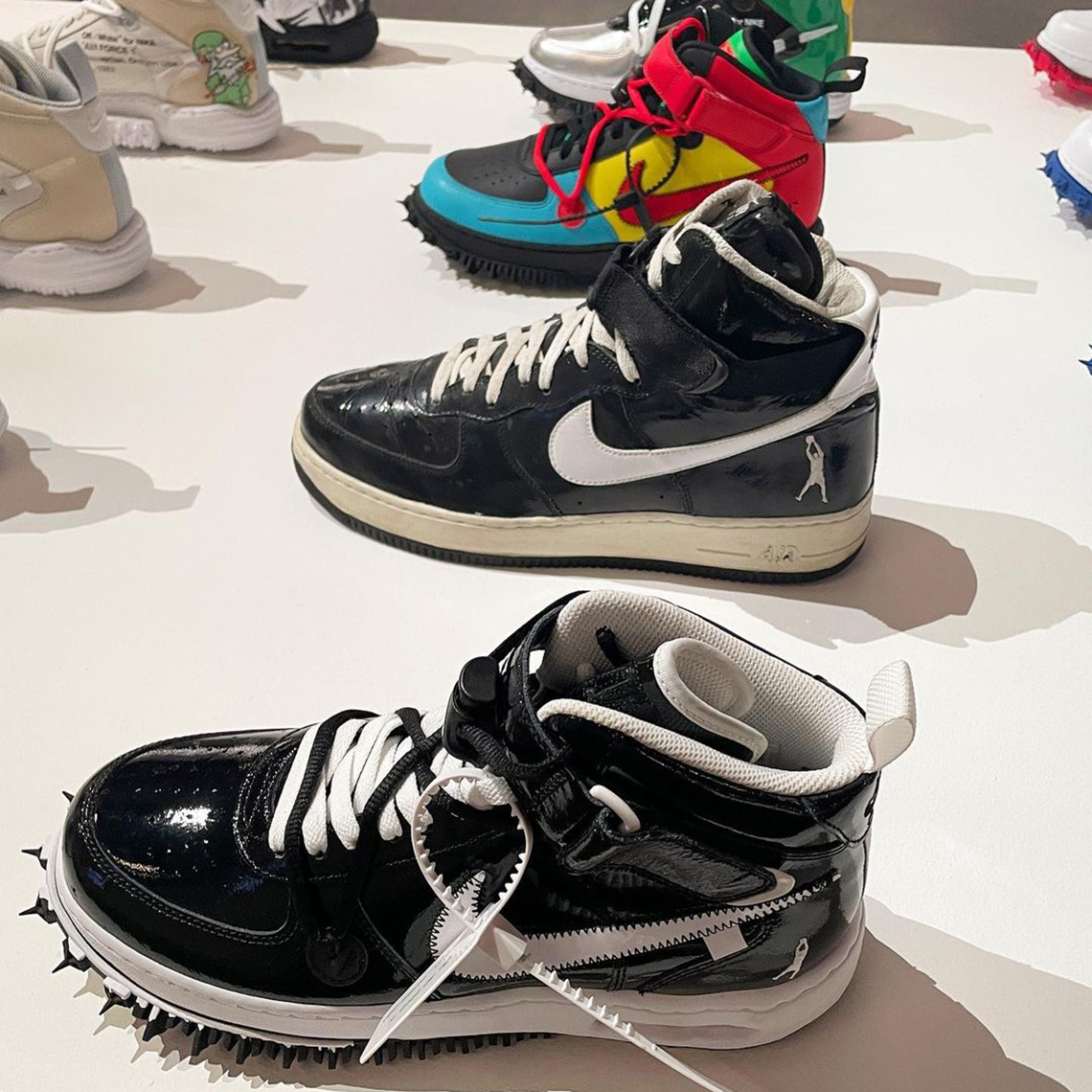 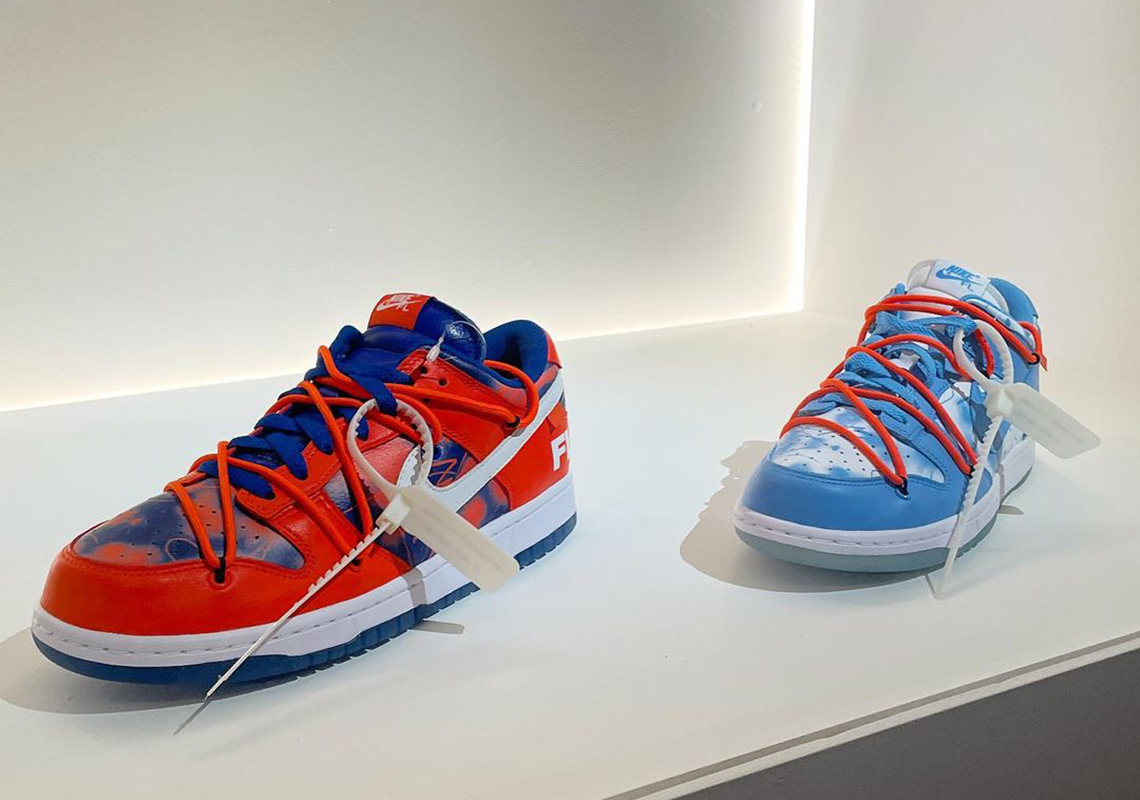