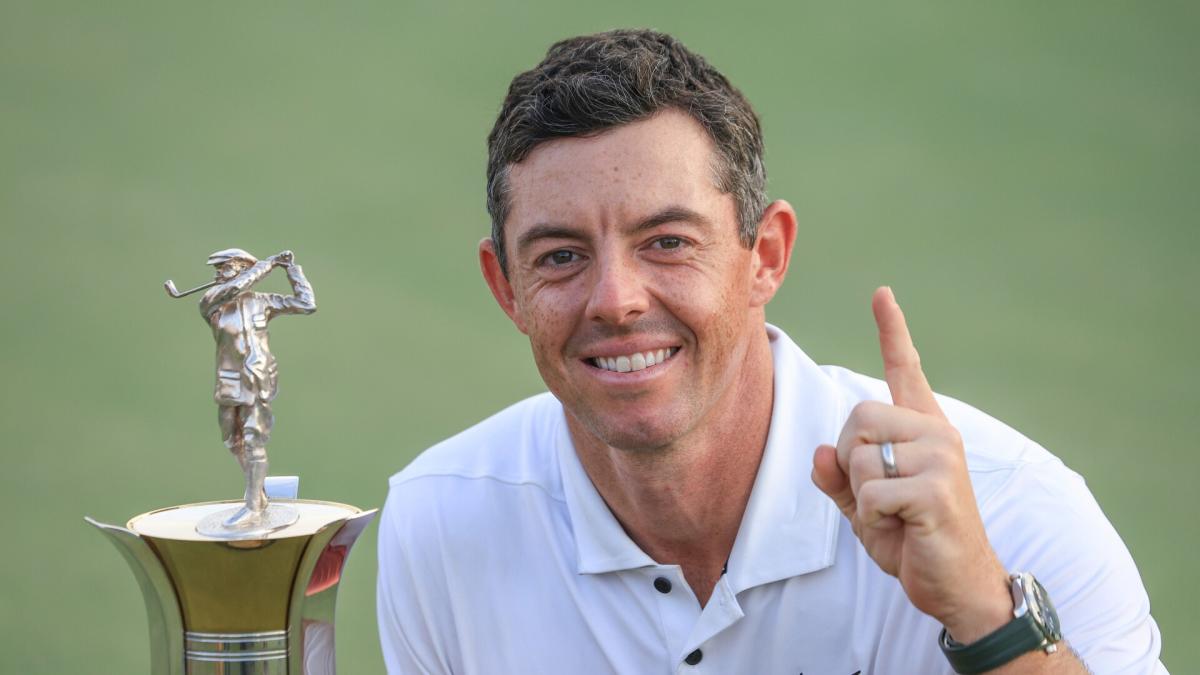 In a year-ending edition, we breakdown the winners and, mostly, losers from the most contentious season in professional golf history.

The Rors. Rory McIlroy didn’t win a major in ’22, a Grand Slam drought that now stretches back to 2014, and there was no Ryder Cup for the Northern Irishman to play hero.

On the course, McIlroy won three times on Tour, claimed the FedExCup for the third time and became just the second player to win the season-long points races on both the Tour and DP World Tour. He also reclaimed the top spot in the world ranking.

But it was off the course where McIlroy left his mark as the unofficial and enthusiastic spokesman for the Tour in its ongoing rift with LIV Golf. At nearly every turn, he pleaded the Tour’s case, poked Norman and, alongside Tiger Woods, drove wholesale change to the Tour.

“What Rory has said and done are what leaders do. Rory is a true leader out here on Tour,” Woods said earlier this month. “The fact that he’s actually able to get the things he said out in the public eye, be so clear minded with it and so eloquent with it, meanwhile go out there and win golf tournaments on top of that, people have no idea how hard that is to do.”

In April, Scottie Scheffeler rolled to his first major victory with a three-stroke triumph over Rory McIlroy. It capped a run of four victories in six starts for the best player in the game at that moment.

Three months later, it was Cam Smith who torched the Old Course with a closing 64 to win his first major championship. Star-in-the-making Cameron Young finished second a stroke back and McIlroy was two shots off the pace.

Living up to expectations, particularly the kind of expectations we place on majors, is often a zero-sum game, but somehow, Augusta National and St. Andrews never disappoint.

Made Cut-Did Not Finish (MDF)

Golf’s ecosystem. Yet another term that’s been weaponized this year by the divide in pro golf, with both sides framing their own narrative.

The PGA Tour and its allies — the current golf ecosystem — have rallied together to fend off what commissioner Jay Monahan once called an “irrational threat.” Meanwhile, LIV Golf and its lawyers have painted the concept in legal filings as an axis of ill will dedicated to unfair business practices and monopolistic policies.

Like everything else in this dispute, the truth won’t be found in the margins. But there is a nagging question that won’t go away: why didn’t the “ecosystem” meet with LIV Golf or Project Wedge, whatever it was called at the time, before it went from concept to competitor?

Perhaps golf ends up in the same spot. Perhaps there is no path to coexistence. How do you know without a simple conversation?

Change. Starting next year, the Tour will largely mandate where the top players play via a series of “designated” events and guarantee a certain level of income. Five years ago, neither concept would have been taken seriously, yet it’s all part of a dramatically changing landscape.

This wasn’t change for the sake of change, and there are those who believe the Tour’s overhaul helped stem the tide of star players joining LIV Golf. But there will be a cost. Larger purses and stronger fields are good for everyone, but with each change, the “independent contractors” give up a piece of that independence.

Those who have supported the changes argue it was all necessary to counter LIV Golf, but what the makeover means to the entire Tour, not just the stars, remains to be seen.

Back in the fall of 1994 at his Shark Shootout, Norman gathered the game’s top players at Sherwood Country Club to propose a “world tour” with limited fields and huge purses. Sound familiar?

By many accounts Norman entered that room confident that his plan would be universally embraced, but it wasn’t thanks in large part to an impassioned speech by Arnold Palmer. Even those players Norman believed were proponents of the new circuit eventually shunned the concept.

To be fair, Norman and LIV Golf have created wholesale change across pro golf, but it’s hard not to see this as little more than a vendetta from a man who has been processing betrayal for three decades.

Left(y) alone. For the first time in two decades, Phil Mickelson began his year at the Sentry Tournament of Champions, and although he made it clear the only reason he was at Kapalua was to collect his share of the PIP payout there was a sense of optimism.

“I love the challenge, and I had some really good things this last couple of months in the offseason or last few months, as I got ready for this upcoming season and I think that I’m going to play some good golf,” Mickelson said.

“[The Saudis] are scary motherfuckers to get involved with,” Mickelson told the website Fire Pit Collective. “[The Tour] has been able to get by with manipulative, coercive, strong-arm tactics because we, the players, had no recourse. As nice a guy as [PGA Tour commissioner Jay Monahan] comes across as, unless you have leverage, he won’t do what’s right.”

Following those comments, which Mickelson said were off the record and out of context, Lefty went into a self-imposed exile before returning to competition and eventually joining LIV Golf.

Lefty’s ability to scramble, both on and off the course, has always been his primary draw for fans, but it’s starting to feel like not even that deft touch is magical enough to recover from this.

Mickelson: ‘I love the side that I’m on’