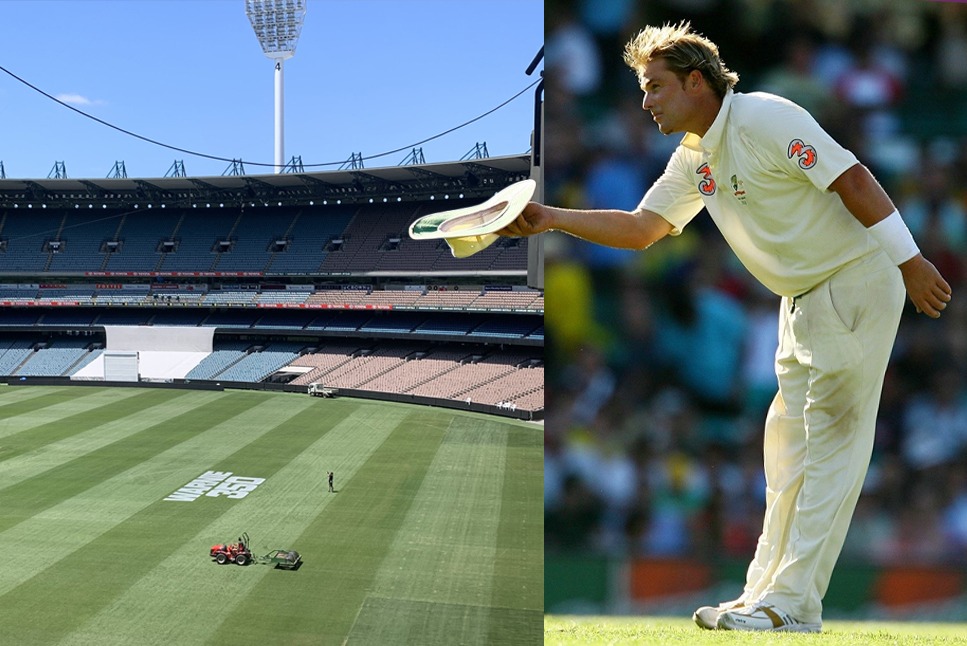 Shane Warne Boxing Day: The first Boxing Day Test since Shane Warne’s tragic death was always going to be an emotional affair. Cricket Australia have revealed the tributes that will be rolled out for the legendary spin king. To note, Australia will take on South Africa in the second Test match to be played at the iconic Melbourne Cricket Ground starting on December 26 (Monday). Follow AUS vs SA Live updates with InsideSport.IN

As a tribute to Warne, Australia and South Africa players will wear floppy hats during the national anthems at the Boxing Day Test. To note, Warne brought out his best during the Boxing Day Test matches. The spin wizard took a hat-trick against the arch-rivals England in 1994. He also took his 700th wicket at the ground 12 years later, and he will once again take centre stage.

His Test cap number, 350, will be painted square of the wicket for the duration of the match. At 3.50pm on Boxing Day, a graphic of Warne will be displayed on the MCG screens while highlights packages of the famous Victorian will roll out across the match. Fans are being encouraged to wear a floppy hat and don Warne’s trademark zinc cream when attending the second Test of the series.

“Shane is an icon to cricket fans globally for the greatness of his cricketing achievements, his charisma and his infectious enthusiasm for the game,” said CA chief executive Nick Hockley. “His place as a legend of Australian and world sport is assured. Whilst we continue to mourn his passing, it is fitting that we honour Shane at his beloved Boxing Day Test at the MCG,” Hockley added.