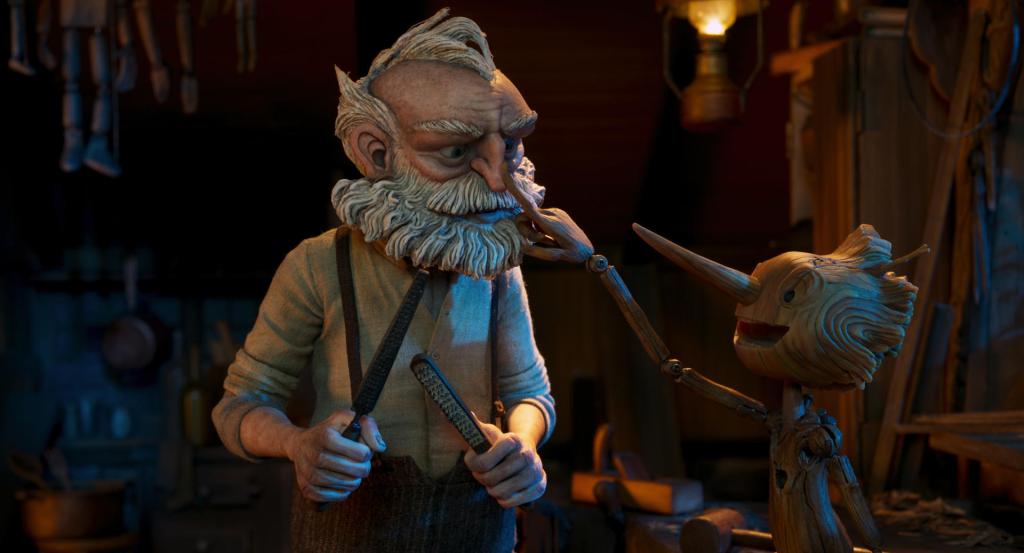 Guillermo del Toro’s Pinocchio is the second Pinocchio movie of the year. But, while Robert Zemeckis and Disney remade its animated adaptation in live action, del Toro returned to the original Carlo Collodi book for a stop-motion take. It took him 14 years to bring it to life, but Guillermo del Toro’s Pinocchio is now streaming on Netflix after it debuted December 9 and made it to the Top 10 in 79 countries.

Del Toro first announced the film in 2008. By 2011 he’d hired Mark Gustafson and artist Gris Grimley, who illustrated a 2002 edition of the Collodi book, to direct a stop-motion adaptation. Del Toro was producing, but he eventually replaced Grimley as co-director. It still took until 2018 for the project to land at Netflix and animation to begin.

The faithful adaptation is necessarily darker than the Disney version. It introduces Geppetto (voice of David Bradley) and his 10-year-old son Carlo (Gregory Mann). Carlo dies in a WWI bombing of their church in an Italian villa. Geppetto plants Carlo’s pinecone that grows into the tree from which he carves Pinocchio.

In his introduction to the film’s Animation is Film Festival screening, del Toro said his Pinocchio is not specifically for children — he said children could watch it as long as their parents talk to them about it after. He also proudly showed off video of the the stop-motion puppets, some larger than people in order to get close-up detail. (He later brought them along for the ride last month at Deadline’s Contenders Film: Los Angeles event.)

Guillermo del Toro’s Pinocchio also returns to Collodi’s Sebastian J. Cricket (Ewan McGregor). Jiminy was an invention of Disney. True to the book, poor Sebastian keeps getting crushed in slapstick comedy — which was one of del Toro’s musts for the film. This Pinocchio is also a musical, but with original songs by composer Alexandre Desplat. Del Toro co-wrote lyrics with Roeban Katz.

Click below to read the screenplay del Toro co-wrote with Patrick McHale.