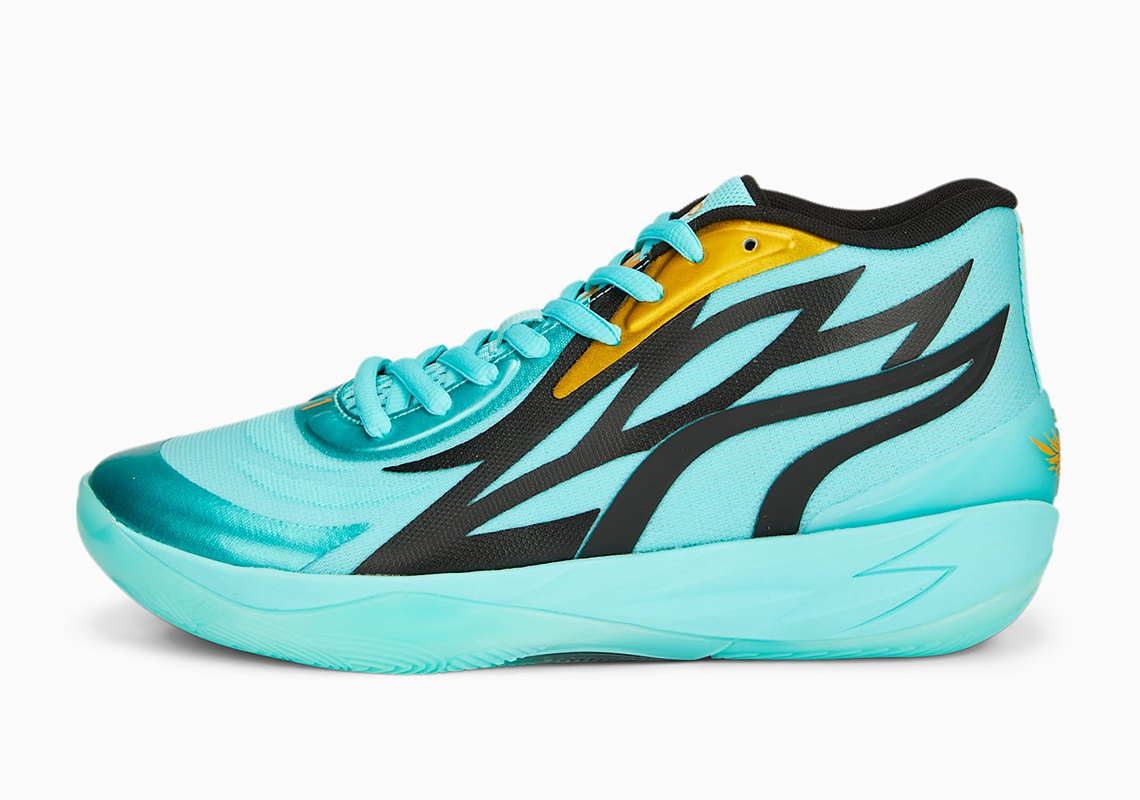 LaMelo Ball continues to put up impressive numbers night-in and night-out, with his PUMA MB.02 model being equally admirable with its color combinations.

Ahead of the new year, the performance-basketball shoe–which has been widely viewed as more of an evolution than revolution from Ball’s first signature model with the German brand–emerged in a teal, black, and gold mix of tones. The majority of the mixed-materials upper indulges in the most spring-friendly of the aforementioned hues, while wing-reminiscent detailing across the profiles deviate in mostly black, but also golden contrast. The youngest Ball Brother’s logos on the top of the tongue, vamp, and heel also take on punchy yellow finishes, creating an arrangement that ostensibly has no rhyme-or-reason, but is appropriate of its signature player’s game. Underfoot, the NITRO foam and herringbone traction delivers tried-and-proven responsiveness.

Enjoy product shots of the pair ahead, and anticipate a puma.com launch in the first-half of 2023.

For more sneaker news, check out the Nike LeBron 20. 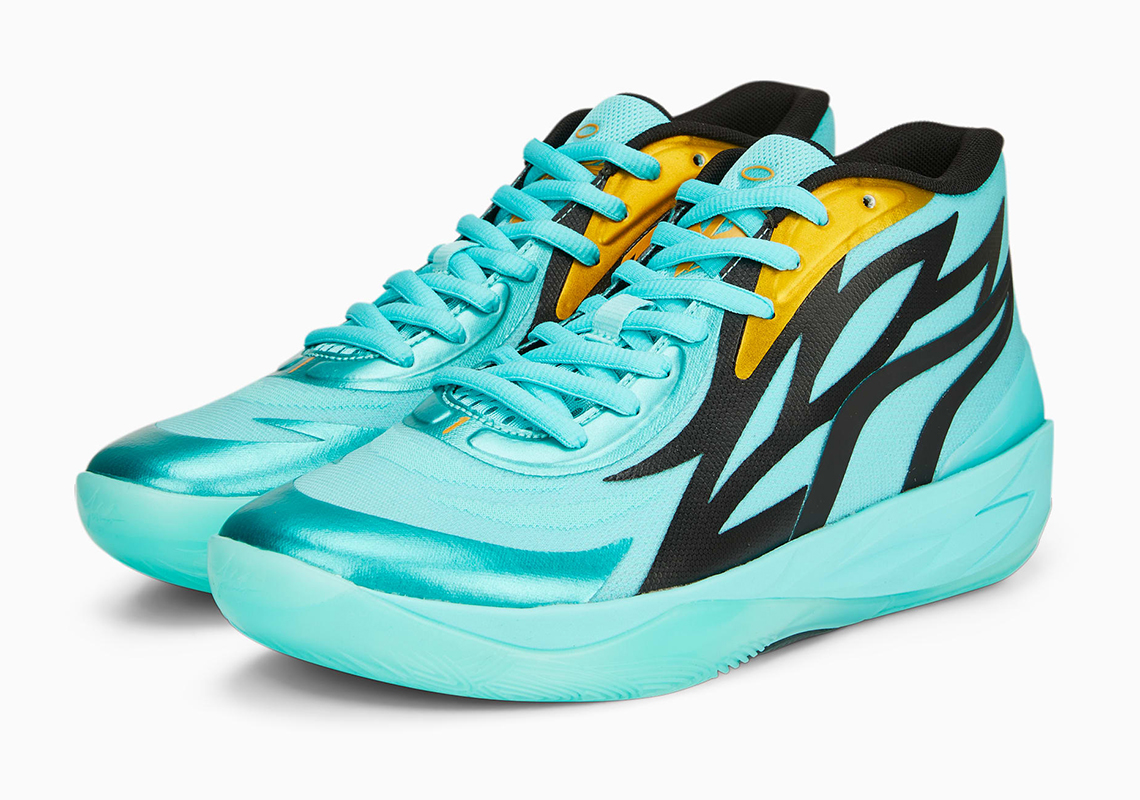 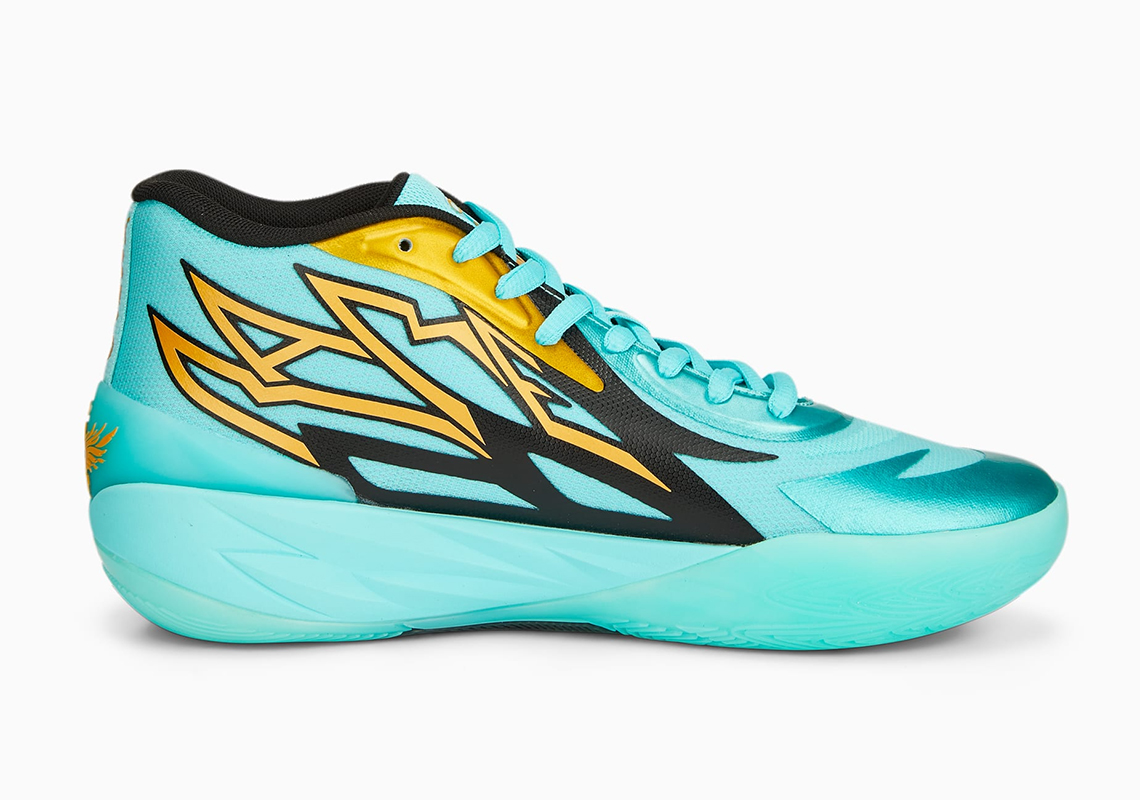 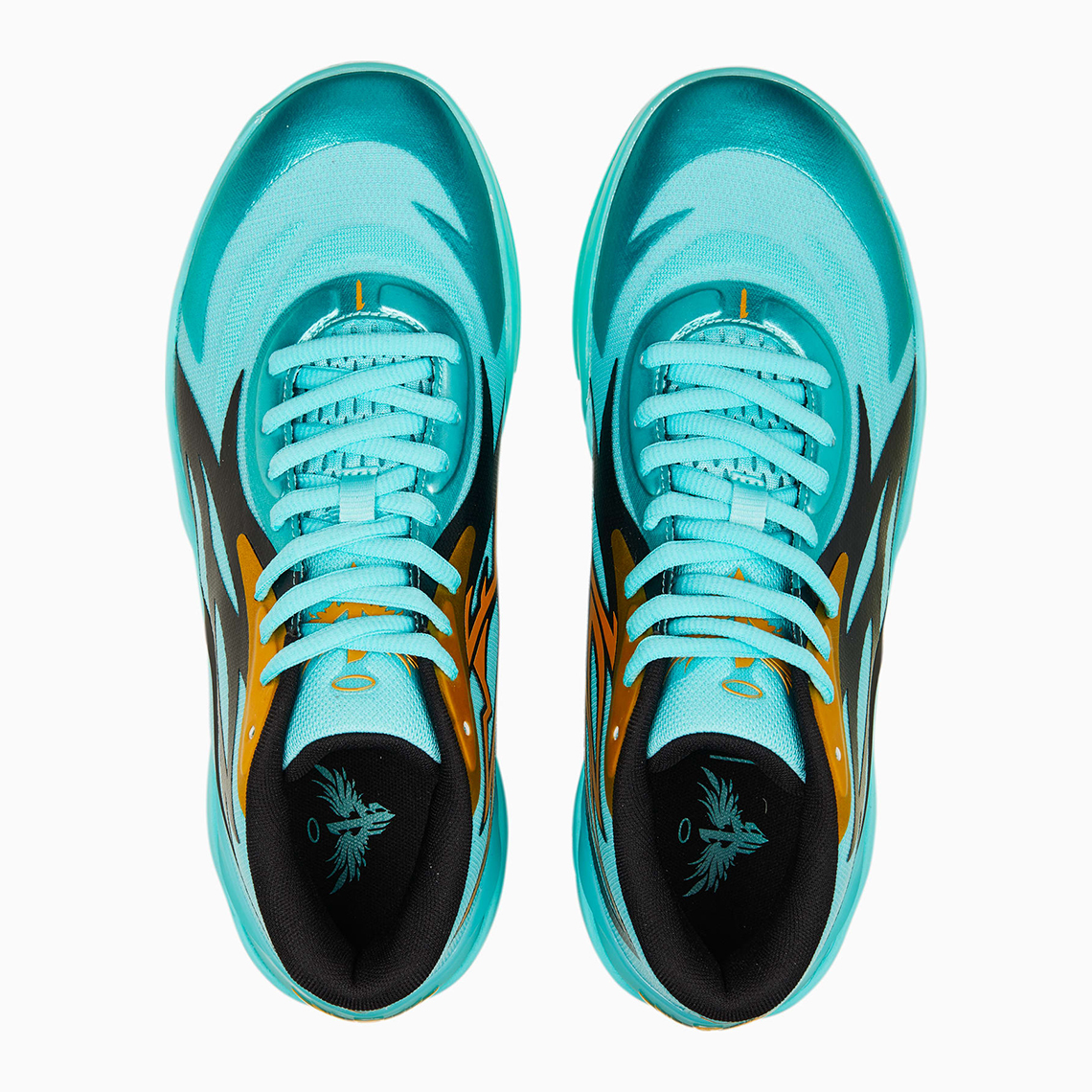 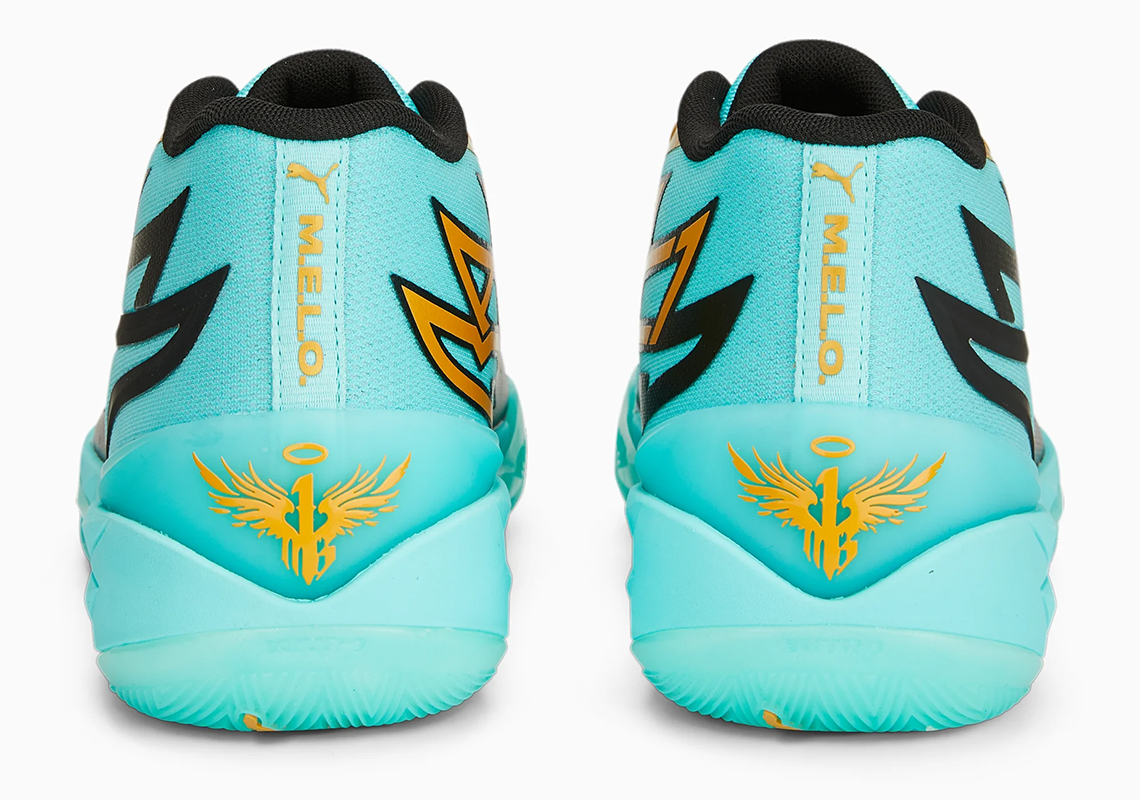 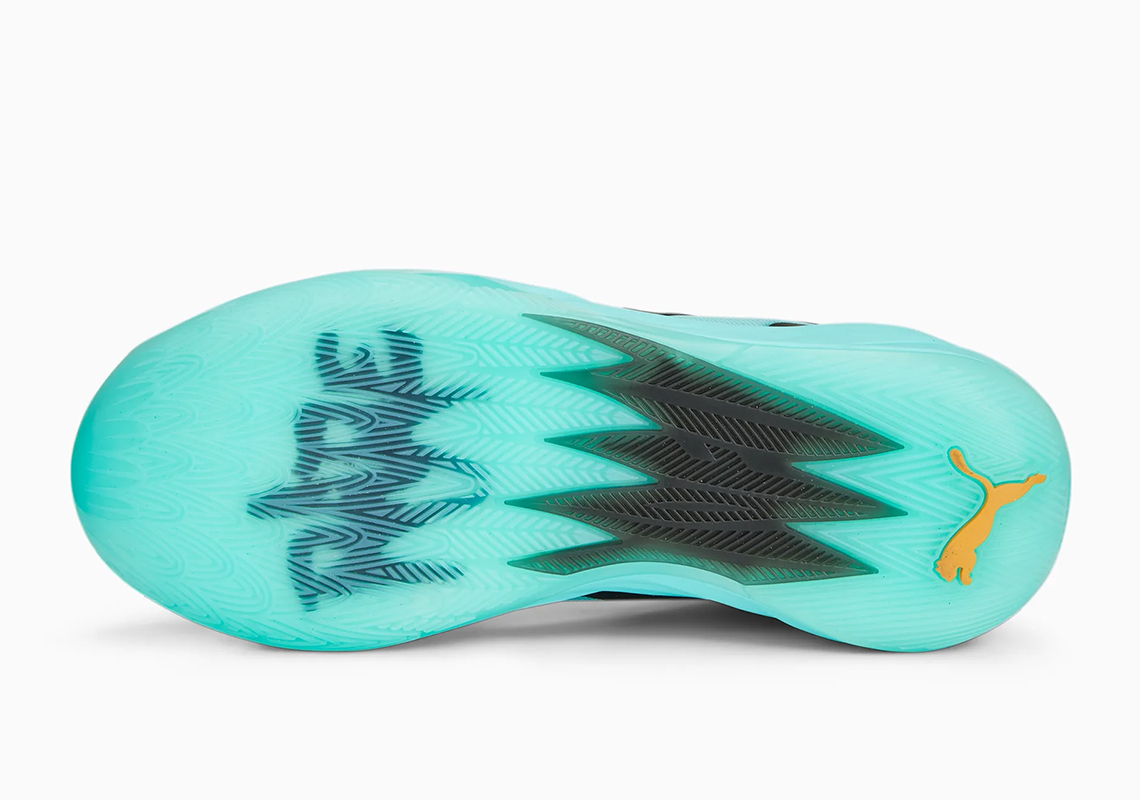