Where many cities start shutting down when the temperature hits freezing, one city I know starts truly coming alive at the first sign of snow. That city is Park City, Utah, the most idyllic little ski (and aprés ski 😏) town that, honestly, I never really thought too much about before I packed my bags and visited earlier this month. And now, it’s safe to say I’m obsessed.

As a Canadian in NYC, I often feel like I’m missing out on a true winter. I mean, it’s December now and the Big Apple has still yet to see even a sprinkle of snow. (Will I regret saying this in late Jan when my toes are frozen on my walk to the Subway? Probably.) So when I got an email from Visit Park City with the subject line “YOU’RE INVITED: A Snow Globe Holiday in Park City, Utah,” I knew right away that I wanted in on whatever they were offering. Eventually, that email led to my bf and I boarding a plane from JFK to Salt Lake City a few weeks before Christmas (checked bags stuffed with snow pants and ski goggles, obvi), where we were then escorted to Park City, which is just a 40-minute-ish drive away.

From the second we left the airport, I knew that we weren’t in New York anymore. This was my first time in Utah, and my gosh is it a magical state. On the drive to PC, I couldn’t help but think that the mountains were overwhelming but somehow also comforting, towering over you as far as the eye can see. When we finally arrived at our destination, I knew we were in for a treat. Park City itself is like a real-life winter village—evergreen trees, fresh snow, happy children playing, you know the drill. They go alllll out with the decorations and twinkly lights too. We were also lucky enough to get to stay right on the side of one of those aforementioned majestic mountains—a dream come true for my bf and I who make a point of hitting the best slopes we can every year.

Westgate Park City: We stayed right in the middle of all the action—and by that, I mean right in the middle of Park City Mountain, one of the two main ski resorts in town. The Westgate Park City, an adorable lodge-like hotel at the base of one of the peaks, served as our home away from home on the trip, and we truly couldn’t have asked for anything more. It was so well-decorated the holidays and had everything—I mean e-v-e-r-y-t-h-i-n-g—you could ever want or need on a winter getaway, all on the property. I’m talking game rooms and arcades for kids, an indoor-outdoor pool, a top-rated spa, fabulous restaurants, a free shuttle service to bring you anywhere in town, and so much more. The suite they put us up in was massive, and had two things I’ll never forget: (1) a direct view of the main gondola and mountain, and (2) a two-person jacuzzi smack-dab in the middle of the bedroom. It simply doesn’t get much better than that, folks.

See also  These Were The Most Popular Baby Names In 1997

Hit the slopes: So, you don’t *need* to be a skier or snowboarder to enjoy a trip to Park City, but it sure doesn’t hurt. As an east coaster skiing out west for the first time, I finally understood what all those “west coast, best coast” preachers have been saying for years, at least when it comes to snow conditions. I feel like a poser when I talk about ~fresh pow~ but OH MY GOD is the pow capital-F ~Fresh~ up in those mountains. We skied at two different resorts over the course of the weekend, Deer Valley Resort and Park City Mountain, and both were unlike anything I’ve ever skied on before (and I’ve been skiing since my pimply pre-teen years).

Not only are the views breathtaking and the runs long and entertaining (there’s one run at Park City Mountain where you’re surrounded by multimillion-dollar mountain houses for what feels like miles…highly recommend), but I swear you feel invincible because the conditions are just that good. No ice, no problems, you know what I’m sayin’?! If you don’t ski or snowboard, you can still take advantage of the plentiful cold stuff by going snow tubing! I didn’t go on this trip because I was too busy skiing, but I heard from people that went that it was an absolute blast and a half.

Hit the spa: I experienced a moment of pure euphoria while getting a massage treatment on my second day of skiing, AKA when my calves were feeling like 800-pound bricks. I fully blissed TF out during my Chakra Healing Ritual (yeah, I don’t know how I got so bougie either), which took place at the Serenity Spa—which is consistently rated one of the top spas in Park City(!)—located inside the Westgate. The 80-minute treatment involved massage, essential oils, sound bowls, crystals, hot stones, and more. I chose the “relaxation” oils and they clearly worked because I woke myself up with a snore not once but thrice.

Hit the town: Utah may have stricter-than-average liquor laws, but Park City is far from dry. There are so many fun places to go out and imbibe on some local brews, forgetting about your sore ski muscles all the while. Most of the popular bars are on the historic Main Street, where you’ll find my personal favorite place to sip the night away: No Name Saloon. Housed in a red-brick building built in 1905, this hotspot is unassuming from the outside. But inside, it looks like Christmas threw up (in the best way possible) with Christmas lights, ornaments, blow-up Santas, Christmas trees, and mistletoe galore.

Riverhorse on Main: You know how every city has *that* one restaurant everyone hits up for their special occasions? This is that place in Park City. I’m so glad we had a reservation on our first night in town. Located on Main Street, the hotspot boasts a lengthy wine list, a killer steak selection, and a variety of different cuisines all on one menu. Don’t skip the pierogis (stuffed with gruyere, creme fraiche, and french onion), or the hella-creamy lobster bisque. Oh, and if you were wondering what the dress code is, the restaurant suggests “mountain casual.”

Drafts Burger Bar: If the thought of some good American bar food tickles your fancy, Drafts in Canyons Village is definitely calling your name. We stuffed ourselves with sliders, wings, totchos, and some of the most extra milkshakes I’ve ever seen. (My strawberry shake had a full-sized Pop-Tart in it. Enough said.)

Dos Olas Park City: Park City might not be the first place you think of when you think of Mexican cuisine, but damn, is this a great place to get your queso fundido on. It’s helmed by Executive Chef Carlos Segura, who created the menu using inspiration from his Mexico City roots and several special family recipes—including the chicken tinga tacos and the super-cheesy enchiladas. They offer breakfast to-go in the mornings if you wanna fuel up before a big day, but I recommend stopping by for a nice long dinner with margs and guac at the beginning and a hearty dessert (ahem, churro sandwiches) at the end.

Alpine Distilling: If you’re a sucker for a fancy cocktail, this is exactly where you should go to sip the day away in Park City. We stopped by this locally owned-and-operated distillery on Saturday afternoon for a little aprés-ski moment, and honestly, they almost had to drag me outta there I was feeling so happy and relaxed. In addition to fabulous cocktails—I tried the preserve spritz and the espresso martini, both of which I’d order again—the vibes are also just perfection. Like, it’s kinda dark and moody inside, and everyone seems like a classy ski bum, which is the best type of person I can think of. Plus, they serve pie. Lots of different kinds. Get the pecan and thank me later.

Edge Steakhouse: I’ve lived in NYC for over five years now so I feel confident in my ability to recognize a good steakhouse, and Edge…well, Edge can certainly play with the big dogs. We tried damn near everything on the menu (for research!!!) and there wasn’t a dud of a dish on the table. You absolutely have to try one of the light-and-airy cheese-crusted popovers to start, and I would highly recommend getting one of the wagyu steaks, preferably with a lobster tail on the side, for your entrée if your wallet doesn’t scream at you not to. The best part? Edge is also located inside the Westgate, so we dragged our wine-tired, absolutely stuffed bodies to the elevator at the end of the meal and were in bed in less than five minutes. 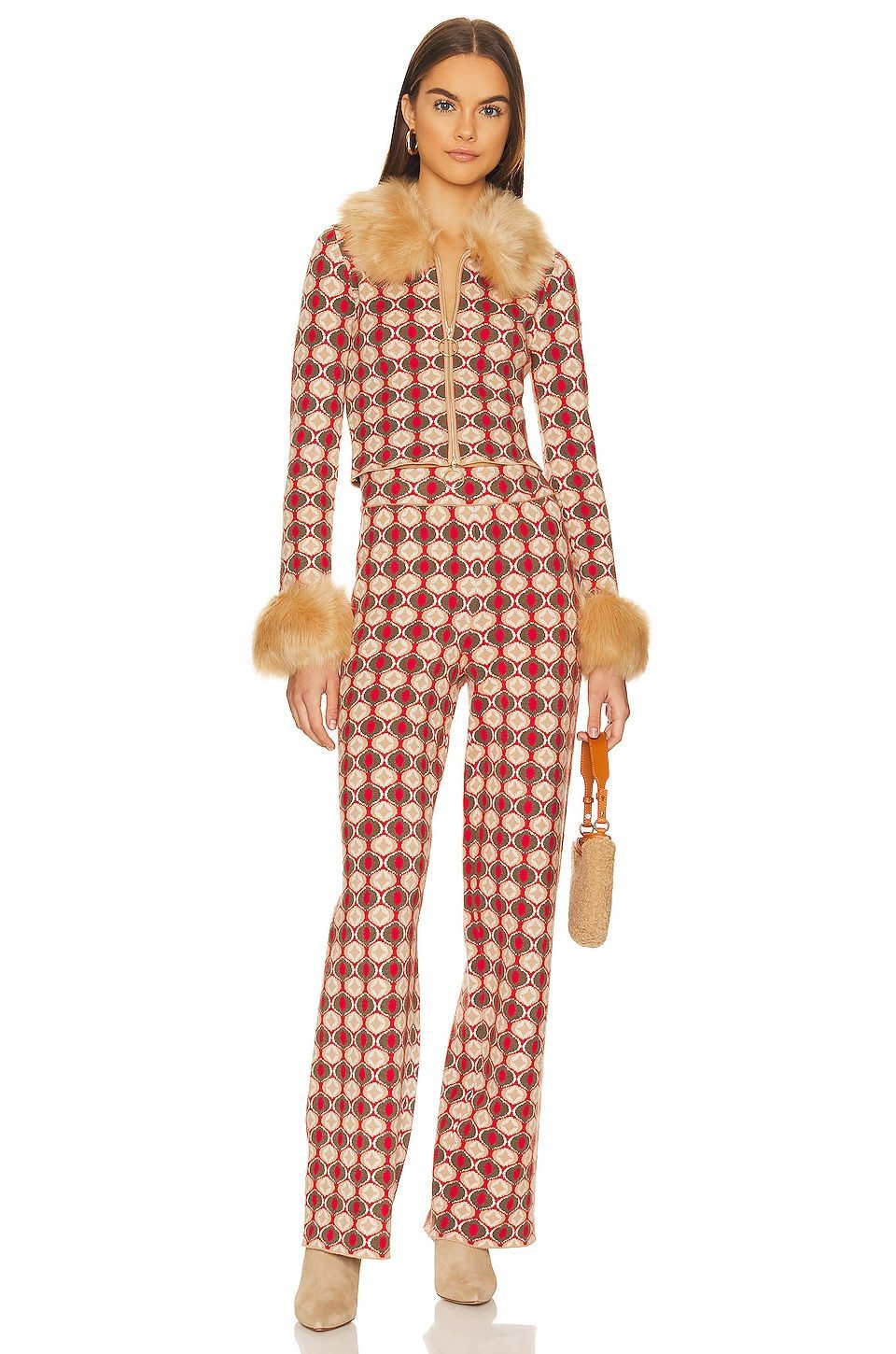 Show Me Your Mumu Zermatt Faux Fur Zip Up

Credit: Show Me Your Mumu 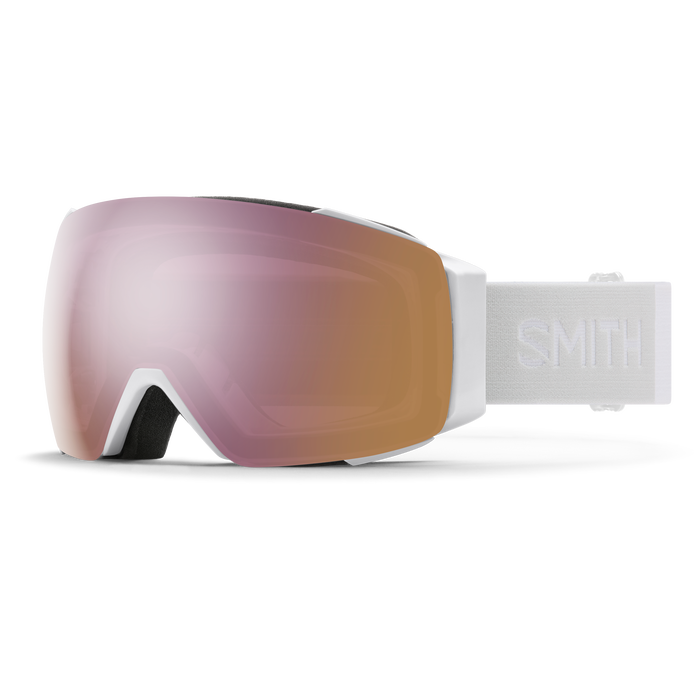 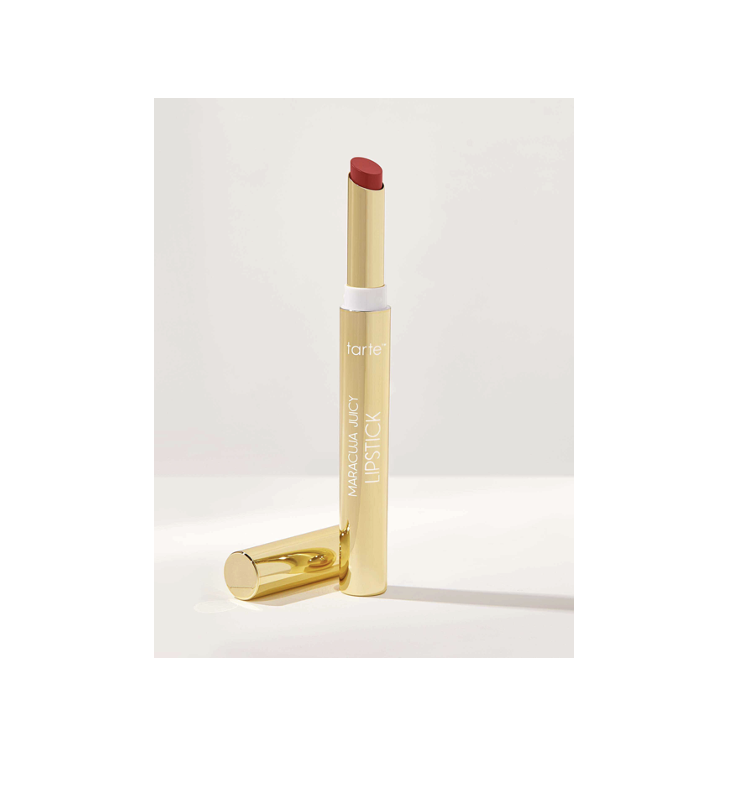 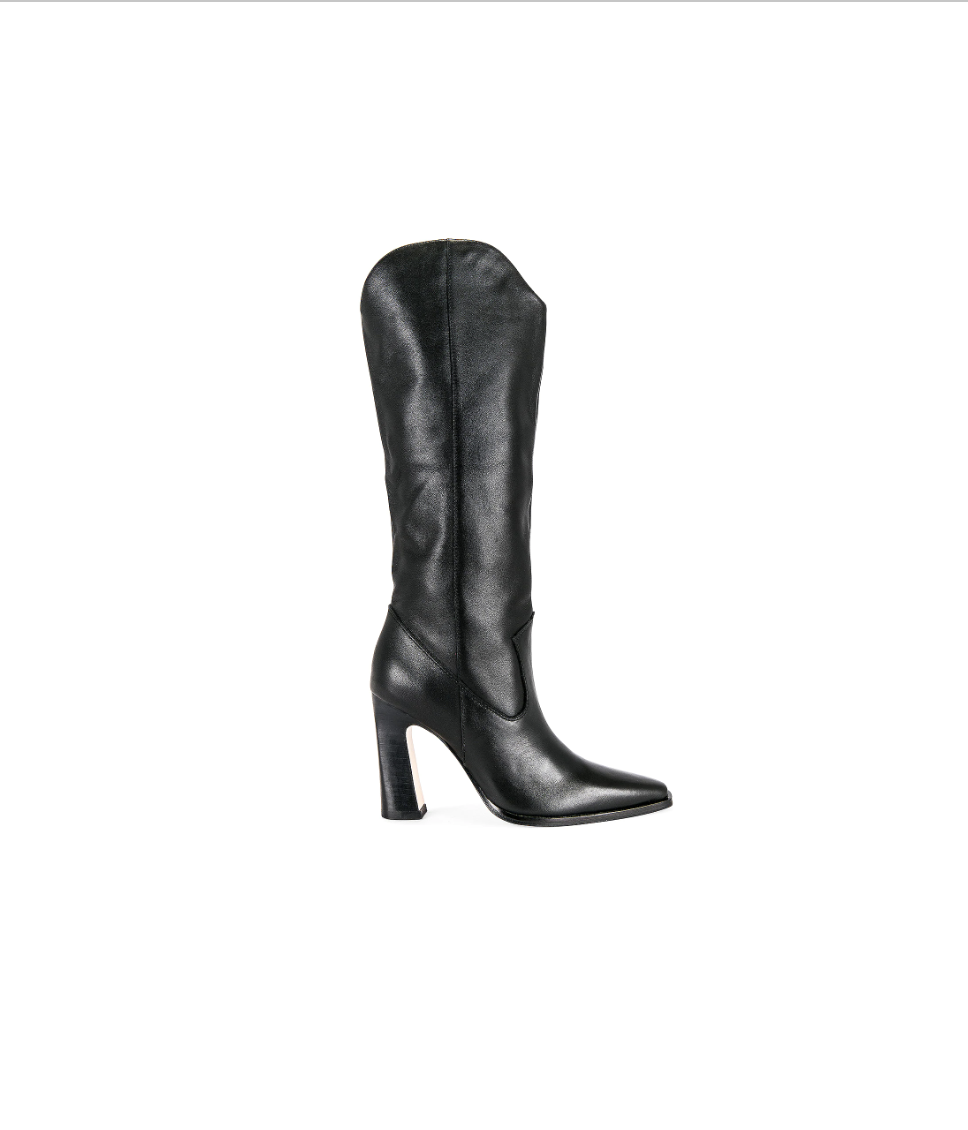 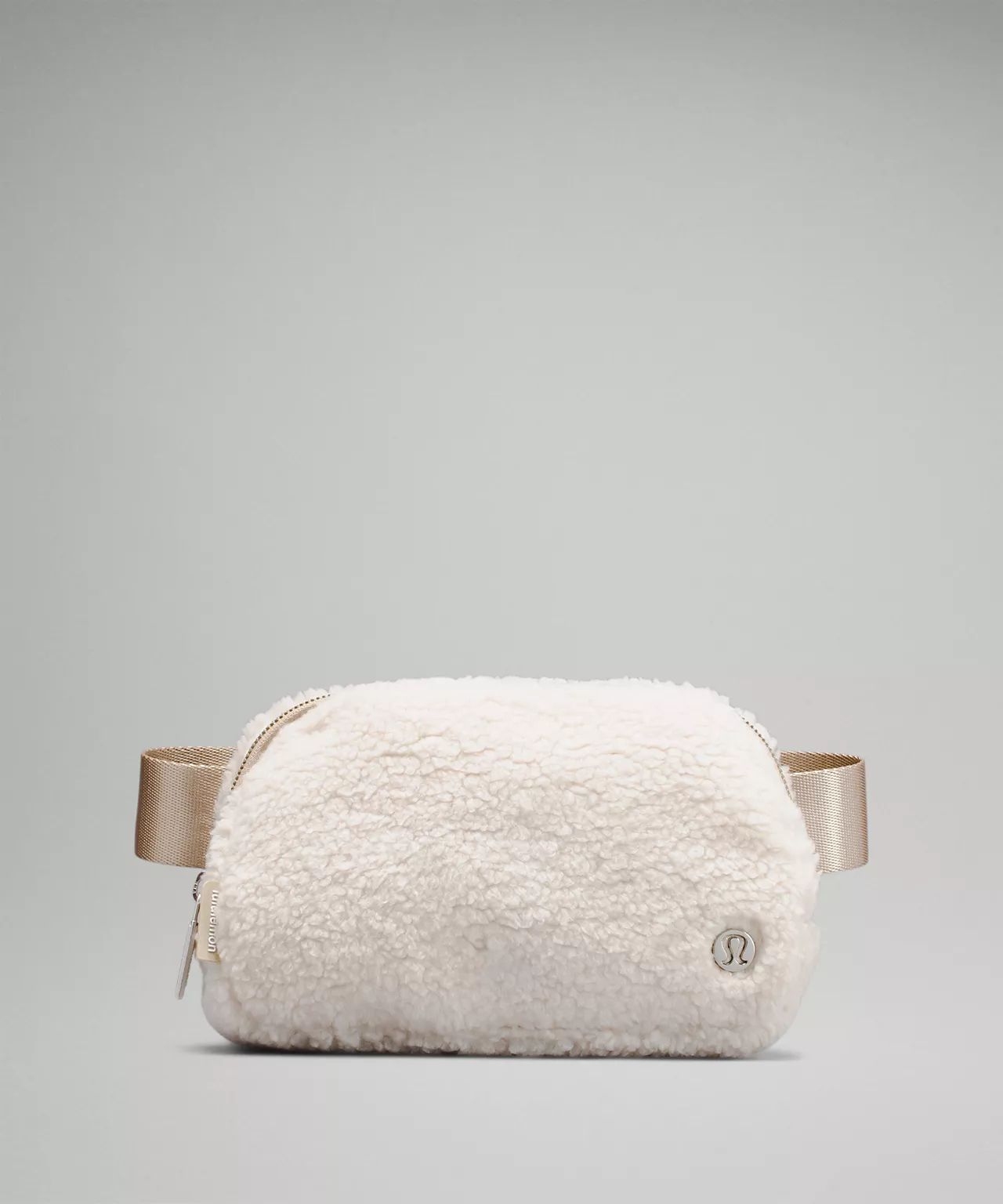 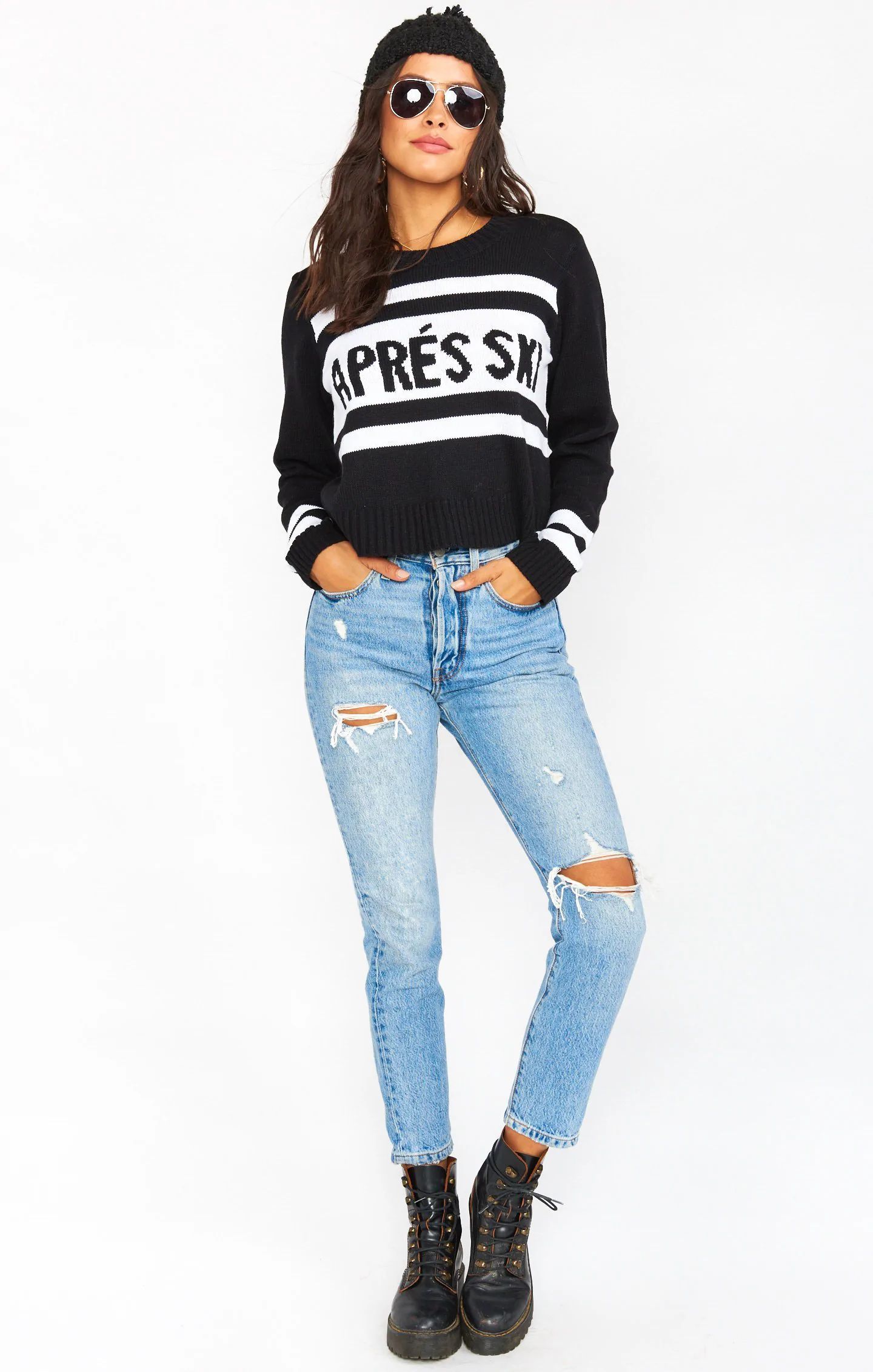 Show Me Your Mumu Sullivan Sweater

Credit: Show Me Your Mumu 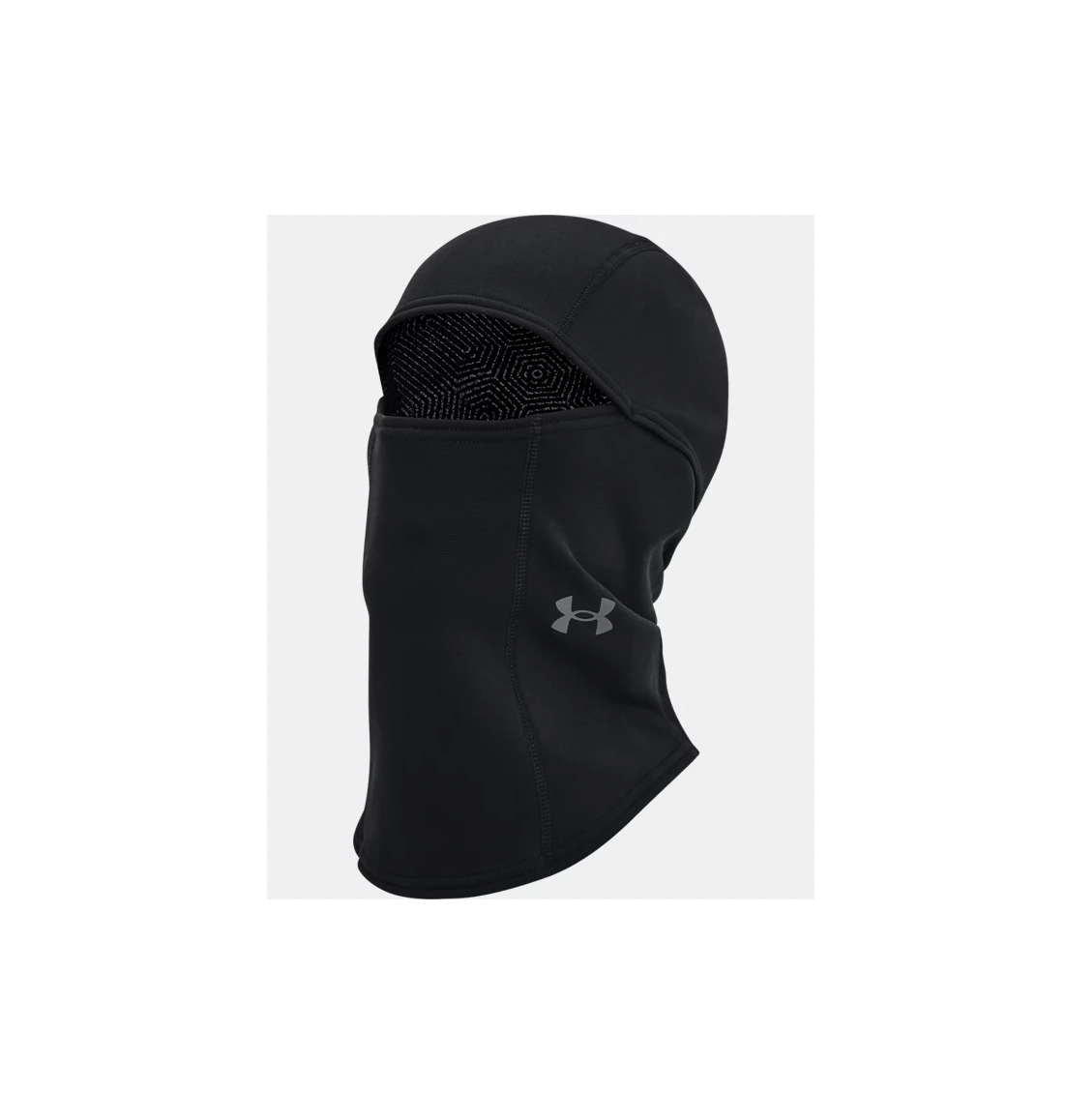 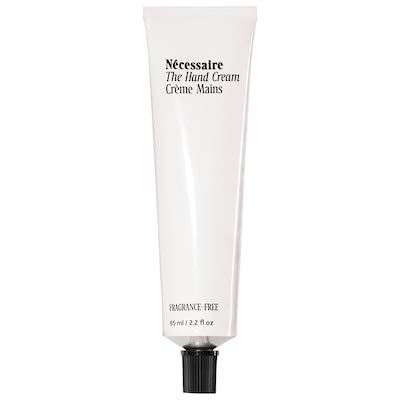 Psst! Have you heard of CosmoTrips? Not to brag, but we planned a bunch of very cool trips for you and your BFFs in our favorite cities across the U.S. Check ’em out if you’re in the mood for a vacay… 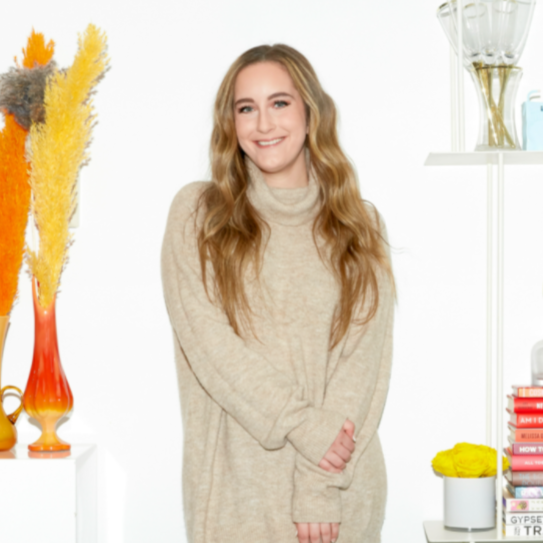 Hannah Chubb is the associate lifestyle editor at Cosmopolitan, covering all things home, travel, food, health, career, and more. She spends pretty much every hour of every day curating the internet for the best new products, trends, and travel destinations. You can typically find her looking for houses she can’t afford on Zillow or Airbnb, planning her next meal before she gets to the restaurant, or taking all of the Justin Bieber classes over and over and over again on Peloton. Follow her on Instagram.