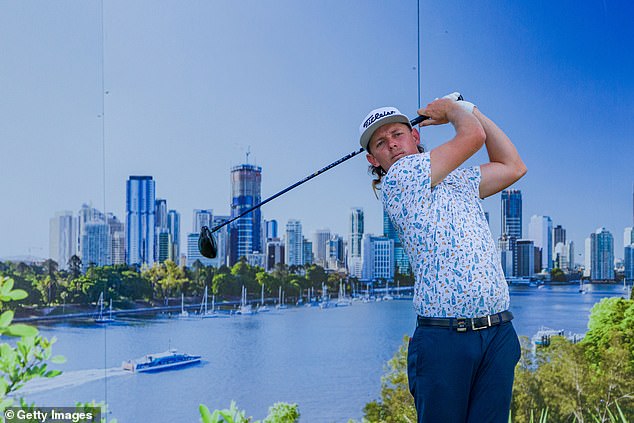 While Aussie golfing legend Cameron Smith was busy teeing off in the Australian PGA Championship in Brisbane,  another sporting champion couldn’t wait to get his hands on the golfer’s most prized possession – the Claret Jug.

Former NRL superstar Johnathan Thurston has been filmed in the same room as the iconic trophy that Smith won at The Open in Scotland earlier this year.

Thurston picks up the phone to call Smith and ask if it is OK to chug a beer from the Claret Jug, which he has already loaded up with the amber liquid.

‘He’s like, yeah, go ahead,’ Thurston said followed by his trademark laugh.

‘Oh you’re a legend. Just wanted to make sure it was OK. Thanks brother, seeya.’

Thurston then hangs up the phone, lifts the famous Claret Jug to his lips and takes a long drink.

‘Tasted outstanding [laughs]. Tasted like a winner [laughs]. Something Cameron and I have got in common,’ Thurston replies.

Fans of both sports mostly loved the video, outside of a few purists who don’t believe Thurston has earned the right to chug from the iconic trophy.

‘With the beer already in it I don’t think JT would have taken no for a answer,’ one fan said. 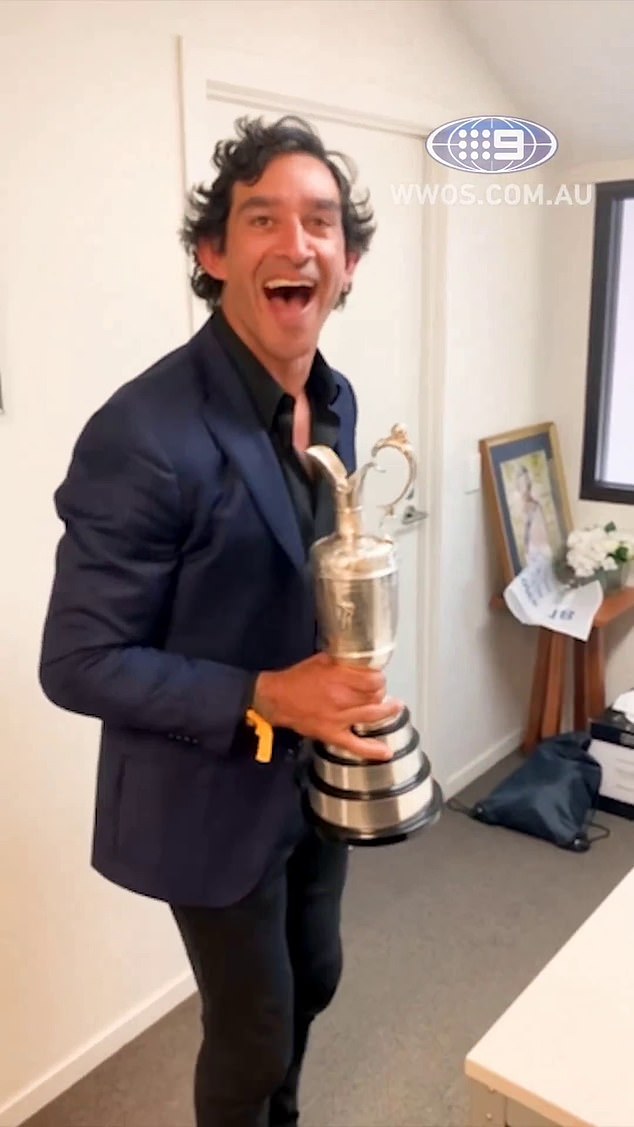 ‘His laugh will be forever iconic,’ posted another.

‘That’s why he’s the goat,’ added another.

Meanwhile, Smith has lapped up the attention in his Australian return and, in an ominous warning to rivals, says he’s rediscovered his touch off the tee.

The world No.3 and Open Championship winner is one behind leader Jason Scrivener entering Saturday’s Australian PGA Championship third round in Brisbane.

Seven others, including Japan’s Masahiro Kawamura who will join Smith and Scrivener in Saturday’s final group, are lurking within two shots further back.

Two bogeys on Friday at the tricky Royal Queensland Golf Club left Smith hunting the West Australian, who is searching for his first victory since 2017.

‘I only had a couple of bogeys, both on par threes, which isn’t really a good sign most of the time,’ he said. 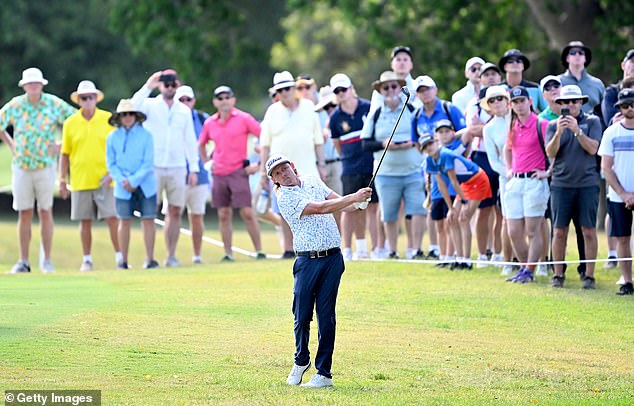 ‘But I felt as though I hit my driver as best as I’ve hit it for a very long time, so it was nice to do that.

‘It gives me a little bit of confidence going into the weekend.’

In 2018 he beat a PGA field that included Masters champions Adam Scott and Sergio Garcia at Gold Coast’s Royal Pines, then defended his title a year later in a Sunday shootout with Marc Leishman. 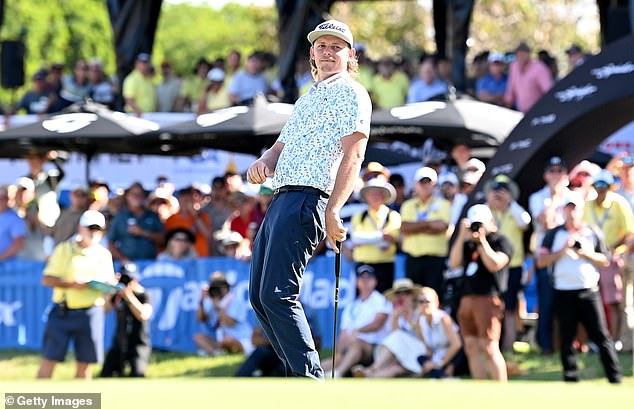 Smith, back after a three-year absence, has four wins just this year and has rewarded the thousands who have lined the fairways so far to position himself for another.

‘Obviously a lot’s changed in three years, that really wasn’t the case,’ Smith said of his hero’s welcome.

‘It seemed like they were three or four deep down either side of the fairway all day.

‘My old boy was whinging actually at me yesterday saying that he didn’t get to watch me play golf (because he couldn’t see through the masses).’

The holder of the Claret Jug reckons it was his first lifting of the Joe Kirkwood Cup in 2018 that will steel him this weekend.

‘That first one down the (Gold) Coast definitely helped a lot for my confidence, knowing that I could kind of get it done on Sunday,’ he said.

‘It was something that I really hadn’t done until then, so that was kind of nice to do and went on to have a really good 2018 and just played some really solid golf.

‘It was massive, massive confidence booster for everything.’