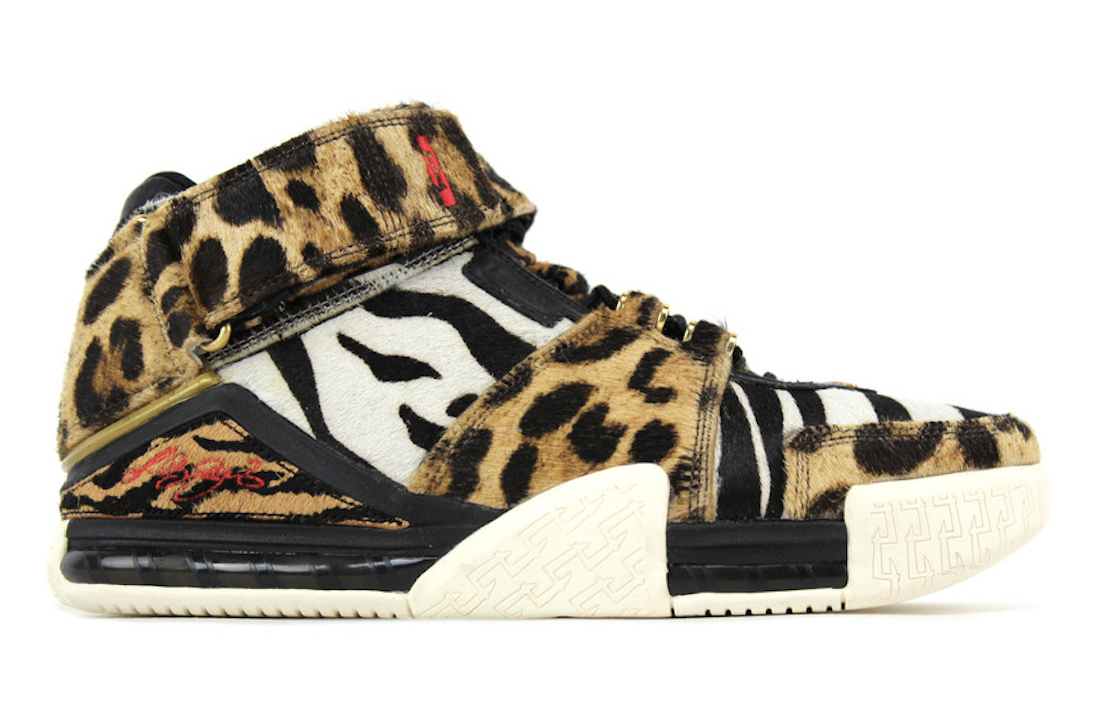 Despite no longer being (widely) considered a top player in the NBA, LeBron James has been putting up impressive numbers in his 20th professional season. The Los Angeles Lakers may not make the playoffs (again), but “the kid from Akron” has been a “beast,” which gives sense to rumors that a Zoom LeBron 2 sample from 2011 of the same nickname will release during Fall 2023.

Worn by King James throughout the mid-2010s, the unreleased pair features leopard and zebra patterns across the upper, injecting a wild personality into the Zoom Air-cushioned silhouette. Birthed during a time when the League wasn’t as lenient on its on-court regulations, the Player-Exclusive was relegated to off-the-court, lifestyle wear—that was until P.J. Tucker wore the “Beast” Nike LeBron against the Lakers October 2018.

Faux fur and animal print-donning pairs haven’t sold particularly well for NIKE, Inc. over the last few years, which make rumors of the first-time release confusing. Yet, considering James is closer to retirement than ever before, it makes sense the Swoosh is getting started with a retro run of some of the most beloved and exclusive styles from the LeBron series.

Enjoy a brief look at the LeBron 2 ahead, courtesy of Instagram account @indexportland, as you wait for official nike.com launch details.