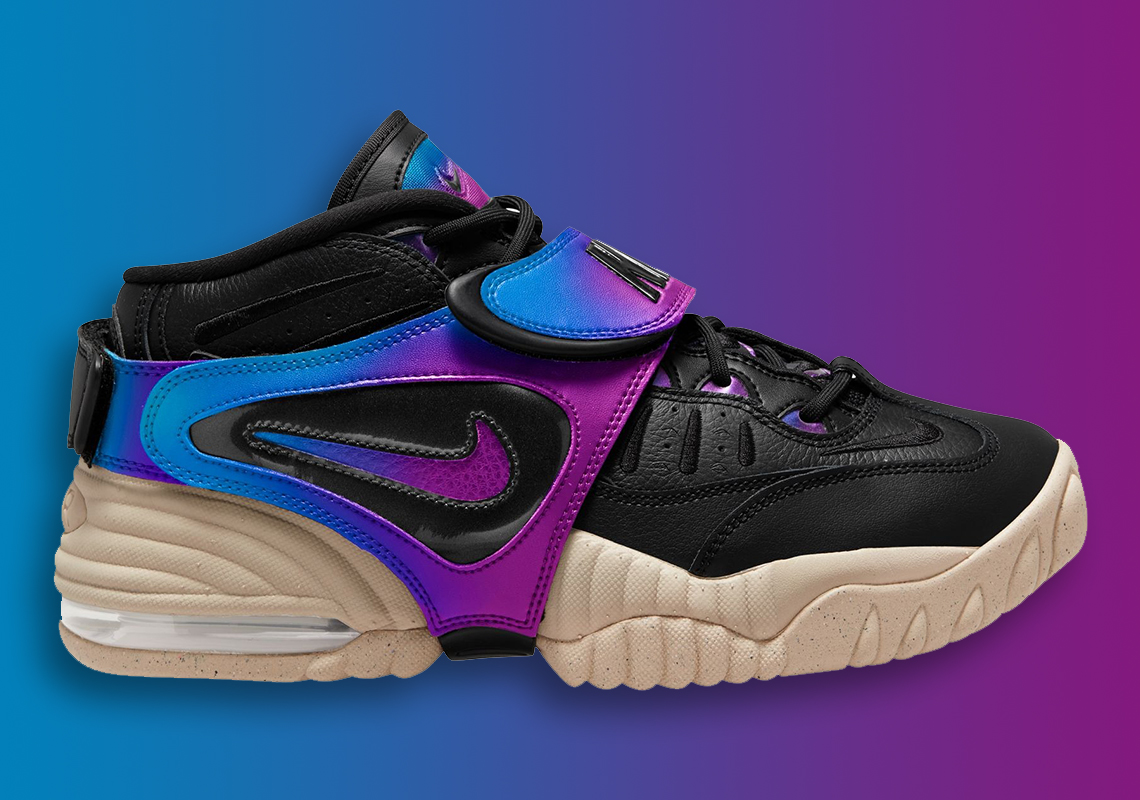 From the Air Force 1 to the Nike Blazer, an extensive amount of The Swooshes now lifestyle-centric offerings were originally fostered and tooled for the hardwood. While 2022 saw Georgetown’s Nike Terminator enjoy an inline revitalization, it was Yoon Ahn’s collaborative works with AMBUSH that helped proffer the Nike Air Adjust Force into a new decade of footwear.

Dawned by Vince Carter at Chapel Hill and David Robinson down low for the Spurs, the 1996 construction is set to embark on an updated collection for the new year, such as the luminous gradient filling this jet-black offering. Lying in stark contrast to its recent crisp white effort, a clad jet-black leather upper pairs with a “Sand Drift” tan sole unit before a seldom-lightened embellishment envelops the ice-white Air Max cushioning system underfoot. Rendered along the forefoot and heel straps, tongue tab, eye stays and midfoot overlay, a boisterous blue to “Vivid Purple” gradient livens the murky ensemble through lucid detailing and vibrant lavender hues concluding along the insoles and tread’s Swoosh.

In other news from the Beaverton-based brand, check out a first look at the Nike Air Flight Huarache “Kobe Bryant PE”. 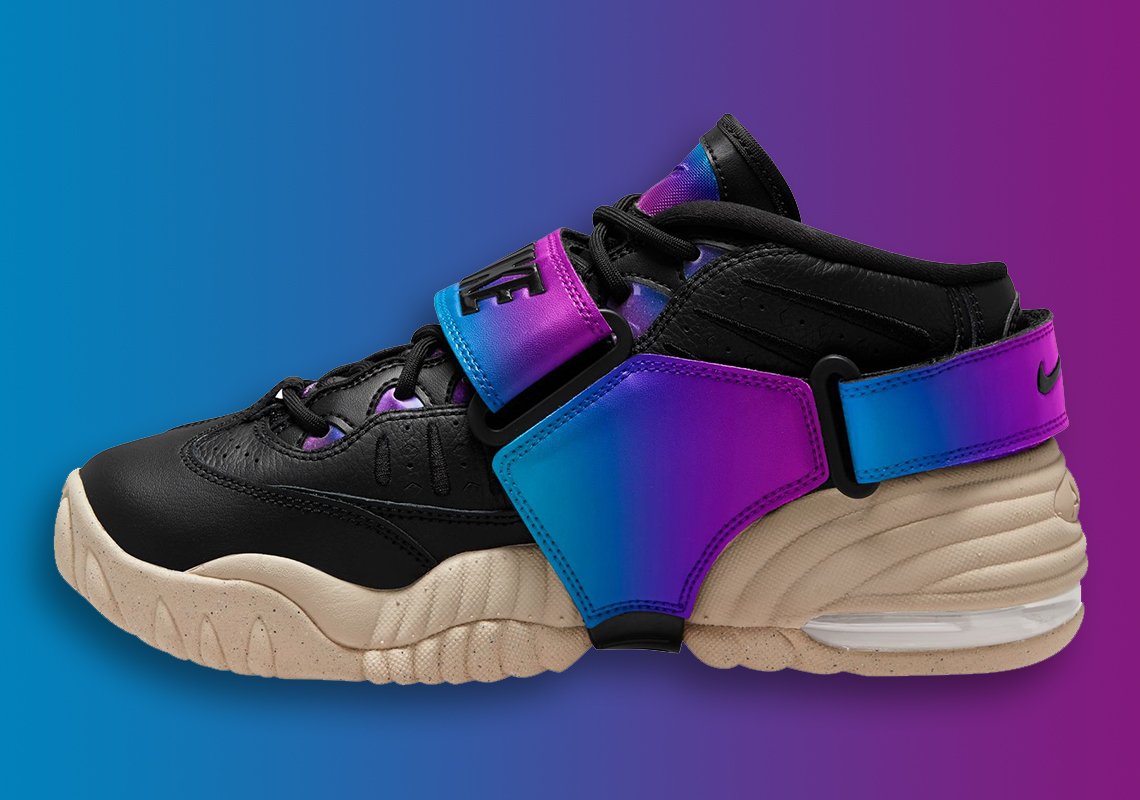 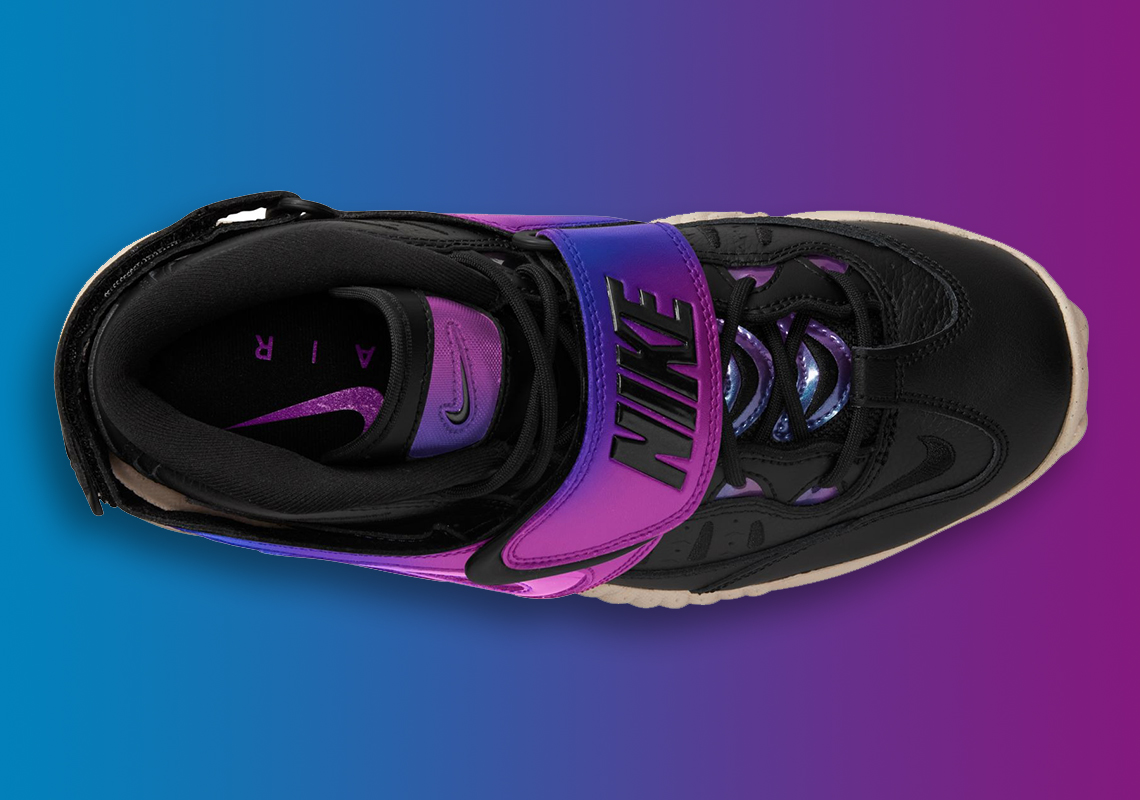 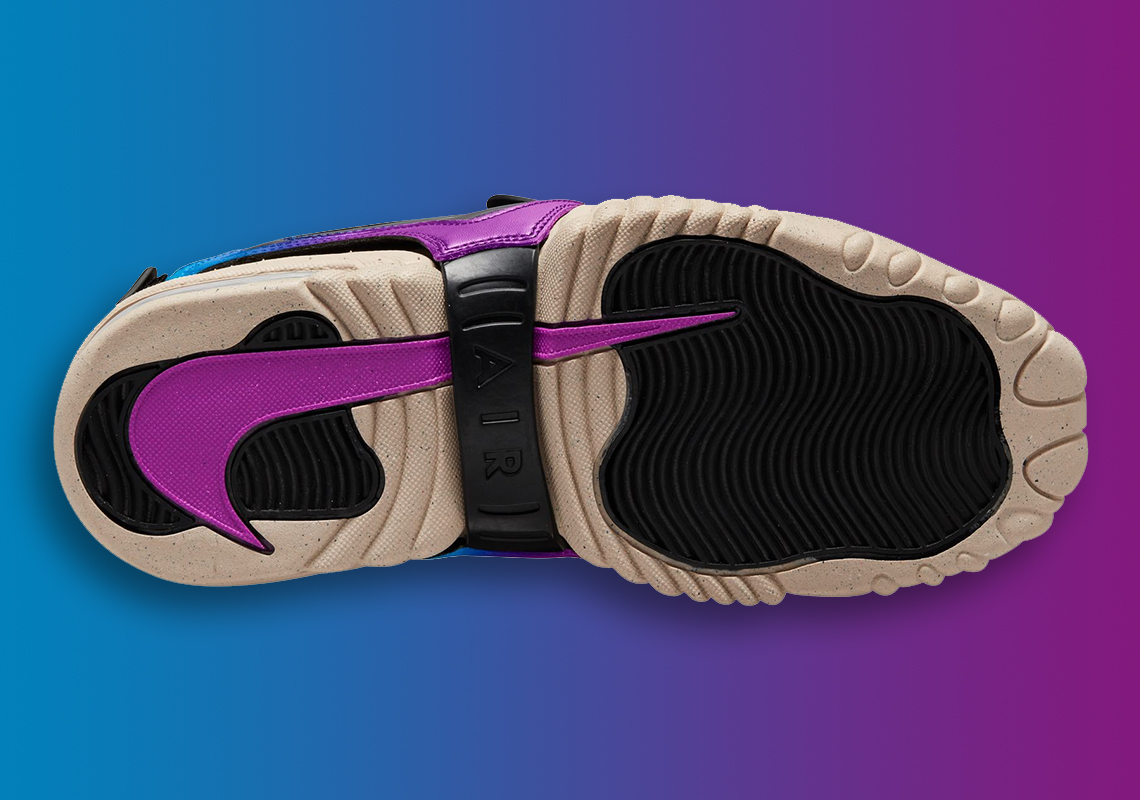