For the London premiere of the new Whitney Houston biopic I Wanna Dance with Somebody, the film’s star, Naomi Ackie, could have channeled Whitney with catsuits or shoulder pads. But instead, she went in an entirely different direction.

Ackie wanted to become a very specific version of the singer: Houston in her first film role ever as Rachel Marron in The Bodyguard.

In the film, Houston plays a fictional version of herself, a pop diva plagued by a stalker and protected by a bodyguard who she grows closer and closer to as the film progresses. So on some level, Ackie was dressing as Houston playing…Houston. What kind of dress could capture that level of complexity? 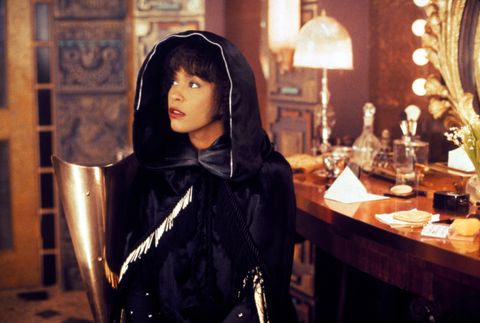 Whitney Houston in The Bodyguard.

The answer: a hooded gown, one of the most eternally regal garments in fashion. It also seems to be the favorite costume of critically panned films that are beloved by the general public; Grace Jones famously wore hooded ensembles in James Bond’s A View to a Kill. Both movies are a little silly, but people often look past the absurdity not just because of the seminal casts but also because the costumes are amongst the best in film history. In The Bodyguard, Houston somehow looks like a more fabled version of her already mythical self, swaddled in glamorous fabric while belting “I Will Always Love You.” 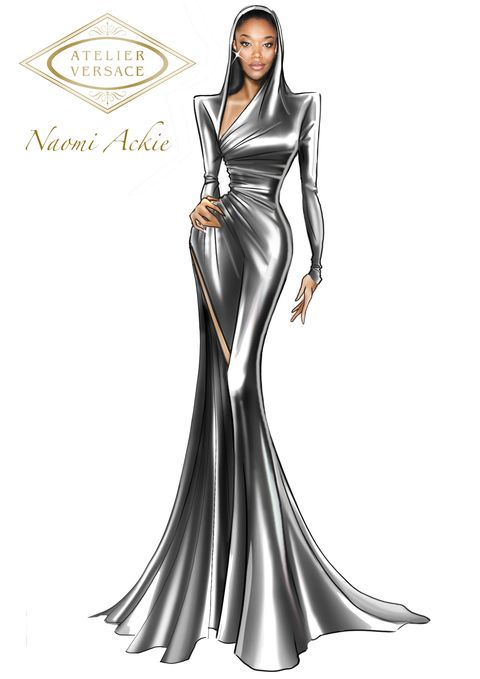 A Versace sketch of the custom gown worn by Naomi Ackie.

“I knew for the screening, I wanted to look at hoods because of my love of the fashion looks Whitney wore in The Bodyguard,” Ackie told me in an interview. “When the designs came through, [stylist] Nicky [Yates] and I felt instantly drawn to this design for the sexiness of the shape and the cool detail of the hood, which adds a touch of drama. Versace is perfect for that.” 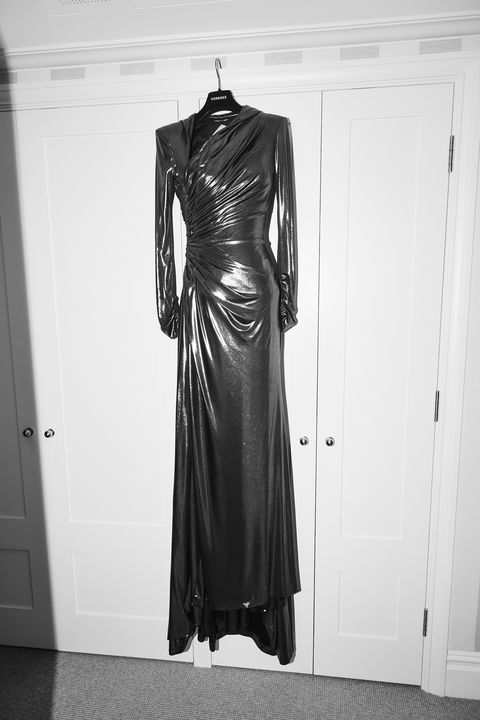 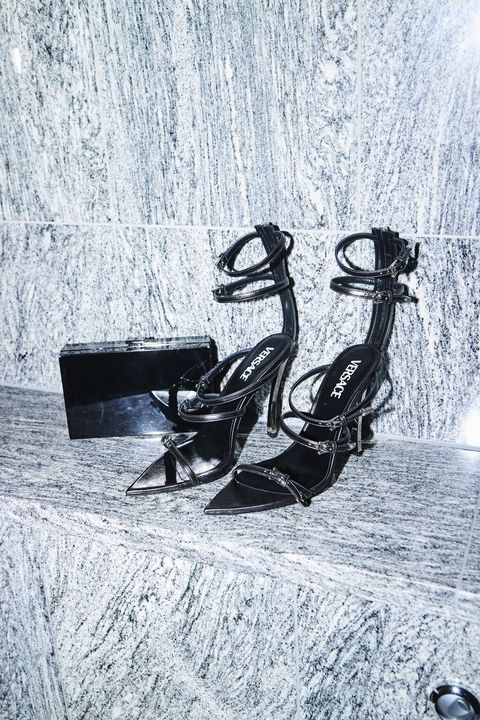 For the evening, Donatella Versace prepared a custom long-sleeve evening gown with a strong shoulder and a cowl hood, crafted from silver coated jersey. It wasn’t an exact replica of any specific look from The Bodyguard, but perfectly captures the unmistakable energy of a pop star playing a pop star. Ackie oozed “I need an army of bodyguards” energy while wearing it, and looked every bit as diva as Rachel Marron and Whitney Houston. 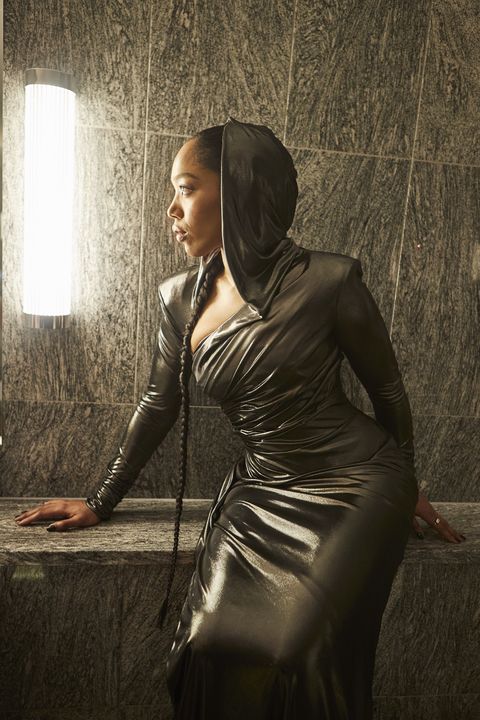 Naomi Ackie before the London premiere of I Wanna Dance With Somebody.

The appeal of a hooded gown often lies in the way the fabric molds to the body. That was Ackie’s personal favorite detail: “I love the hourglass shape and the gathering of this beautiful metallic fabric around my waist. It just helped to make me feel so put together and womanly.” The choice of metallic fabric was to specifically pay homage to the “Queen of The Night” costume in The Bodyguard, which featured a silver breastplate and matching headpiece, inspired by the futuristic visuals in Metropolis. 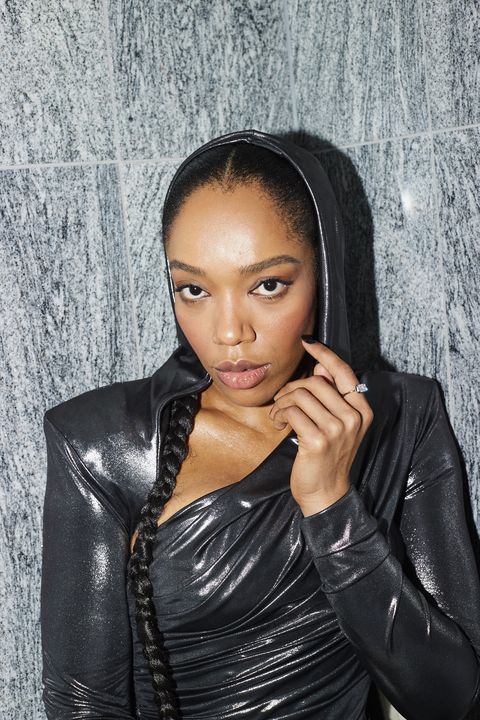 The transformative nature of a hooded gown is that it looks like something Houston or Grace Jones would have worn in the ‘80s or ‘90s, but also like something that could be worn by the inhabitants of a planet far, far away, hundreds of years into the future. It is powerful and metamorphic in the way Houston was—and there’s no denying that in Versace’s custom take, Ackie truly becomes the Queen of the Night.

Tara Gonzalez is the Senior Fashion Editor at Harper’s Bazaar. Previously, she was the style writer at InStyle, founding commerce editor at Glamour, and fashion editor at Coveteur.