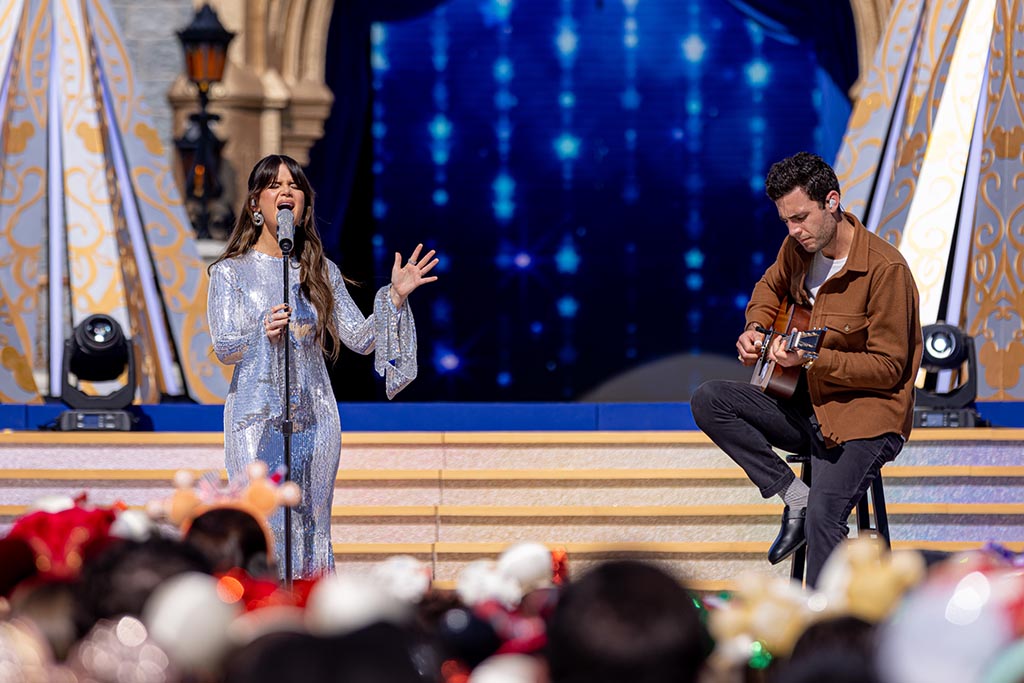 The “Make You Say” songstress’ ensemble consisted of a long sleeve piece with a mock neck and billowing bell sleeves all made up of a sequin embellished fabric. Rounding her look out, Morris stacked on silver rings on every other finger to match the large dangling silver earrings she sported. Even her microphone was bedazzled in silver crystals to match her ensemble entirely, making it monochrome. The star wore her hair in a wavy half-up, half down style. Morris’ footwear was not visible.

Jumpsuits have a unique history. They were first created in the early 1900s for people who were jumping out of planes. The style first transferred over to the fashion scene in the 1930s, but was mostly utilitarian (a la Rosie the Riveter) for several decades. It wasn’t until the 1960s that jumpsuits caught on in casual fashion, dominating style trends until the 1980s. After a hiatus from popular fashion, jumpsuits came back again in the early 2000s, especially catching on in formalwear.

Morris’ style is generally sharp and slick. The CMA Award-winning star often wears sleek cutout, sparkly and textured gowns and jumpsuits for appearances by Julien MacDonald, Carolina Herrera and Christian Siriano. These are often paired with textured or metallic-heeled sandals. Off-duty, she can also be seen in neutral cowboy and ankle boots, as well as flat strappy sandals in the summertime.

The special which will be hosted by Derek and Julianne Hough, features performances from NE-YO, Black Eyed Peas, Katharine McPhee and David Foster, Meghan Trainor and more. The holiday special will air on Sunday Dec. 25 on ABC.