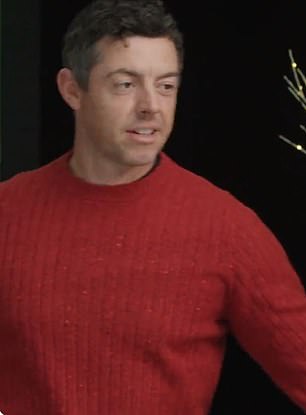 Luke Donald and Rory McIlroy have taken part in a hilarious spoof of Love Actually ahead of the Christmas weekend.

Team Europe’s Ryder Cup captain shared the video on his Twitter account, which sees the pair parodying one of the most well-known scenes from the 2003 festive rom-com.

In their own version of the scene made famous by Keira Knightley and Andrew Lincoln in the movie, Donald is seen standing outside McIlroy’s home with a message written over several large cue cards. 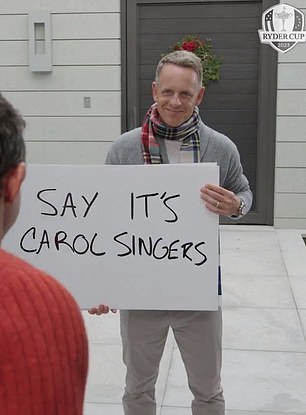 In the clip, which is accompanied by a calming version of ‘Silent Night,’ Donald flicks through the cue cards as McIlroy can be heard telling someone in his house: ‘It’s carol singers.’

Donald’s message then starts: ‘With any luck this by this time next year, I will be a Ryder Cup winning captain.’

After showing a mocked photo of him holding the Ryder Cup trophy, he goes on to add: ‘But for now let me say, without hope or agenda, just because it’s Christmas (and we tell the truth at Christmas), to me you are almost perfect. 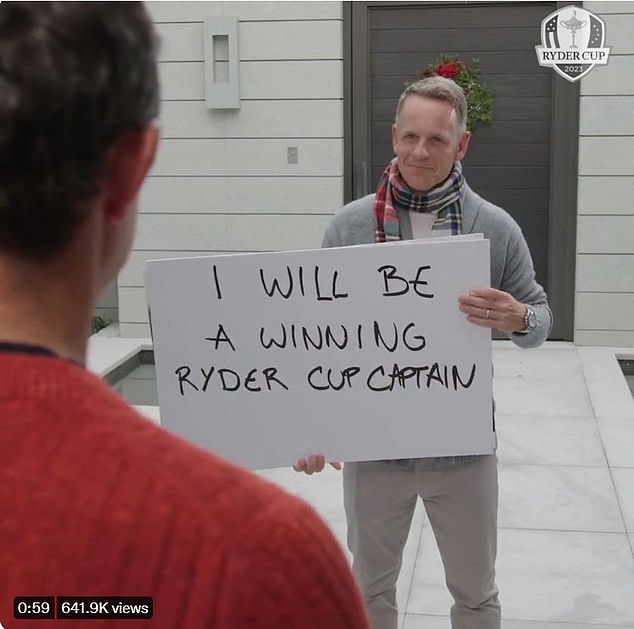 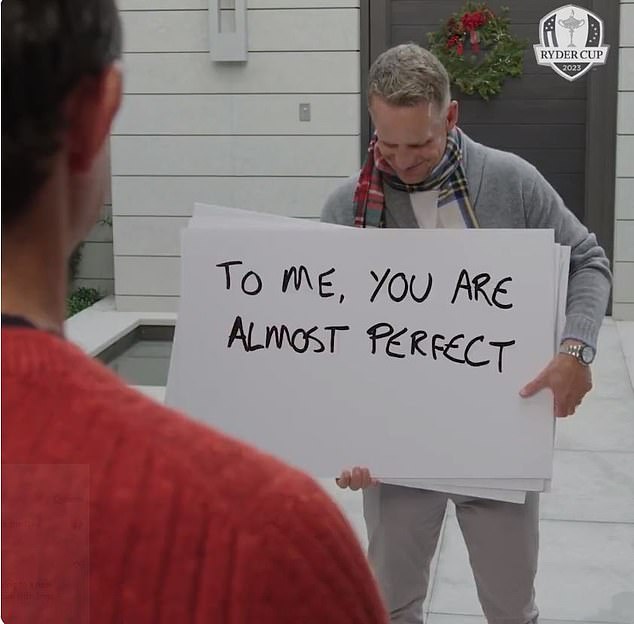 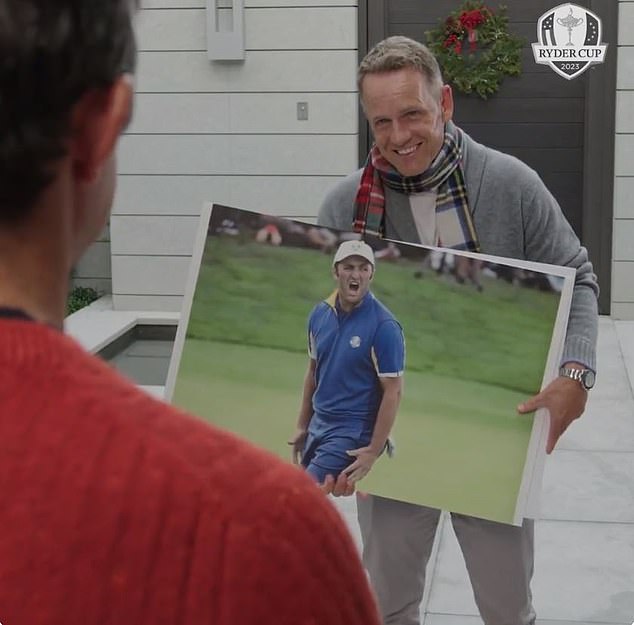 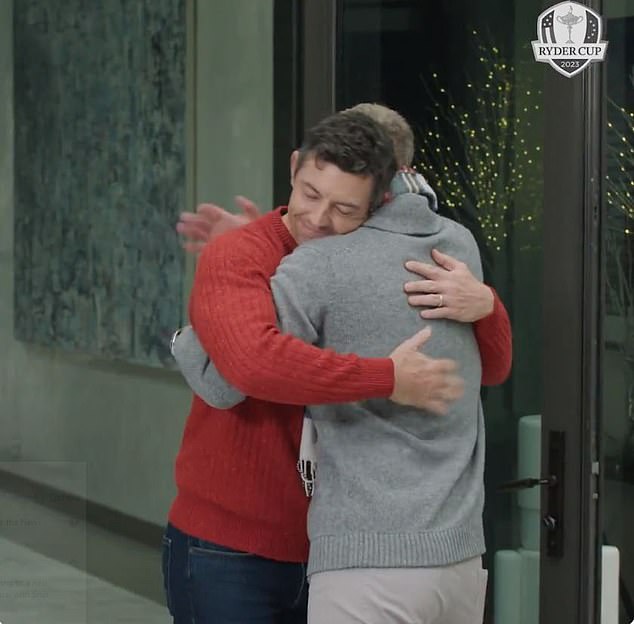 ‘And the only way I can love you any more, would be if you you play like this guy at the Ryder Cup in Rome.’

The Ryder Cup captain then shows a message saying ‘Merry Christmas’ and puts his thumbs up to McIlroy.

McIlroy after a nod of approval says ‘I’ll try my best captain’ before giving Donald a hug and wishing him a Merry Christmas.

It’s not the first Christmas message that McIlroy has been involved in this year. 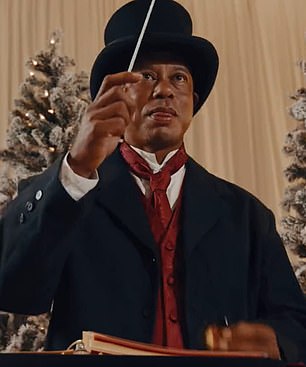 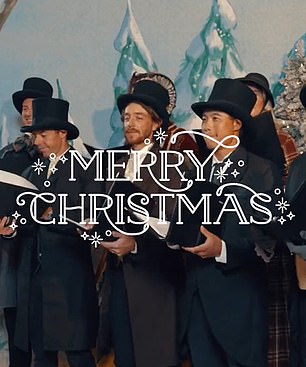 Woods was seen leading the pack in a similar way to how he has on the course for many years.

The 15-time major winner, decked out in a top hat and Victorian-era attire, picked up the baton to conduct his fellow golfing stars in a rendition of ‘We Wish you a Merry Christmas.’

However, the festive sing-song is almost derailed by McIlroy as the Northern Irishman comically loses his page and looks around at the group in confusion.

The rest of the group, led by a beaming Morikawa front and center, plows on while McIlroy frantically flicks through his sheet music – seemingly needing it to sing the well-known holiday classic.

It has been a positive 2022 for the McIlroy who last week was crowned the Association of Golf Writers (AGW) Golfer of the Year.

It is a record-equalling fourth occasion that the Holywood star has been honoured with the award after the reigning DP World Tour No.1, PGA Tour No.1 and current World No.1 had been first chosen in 2012 and then again in 2014 and 2015.