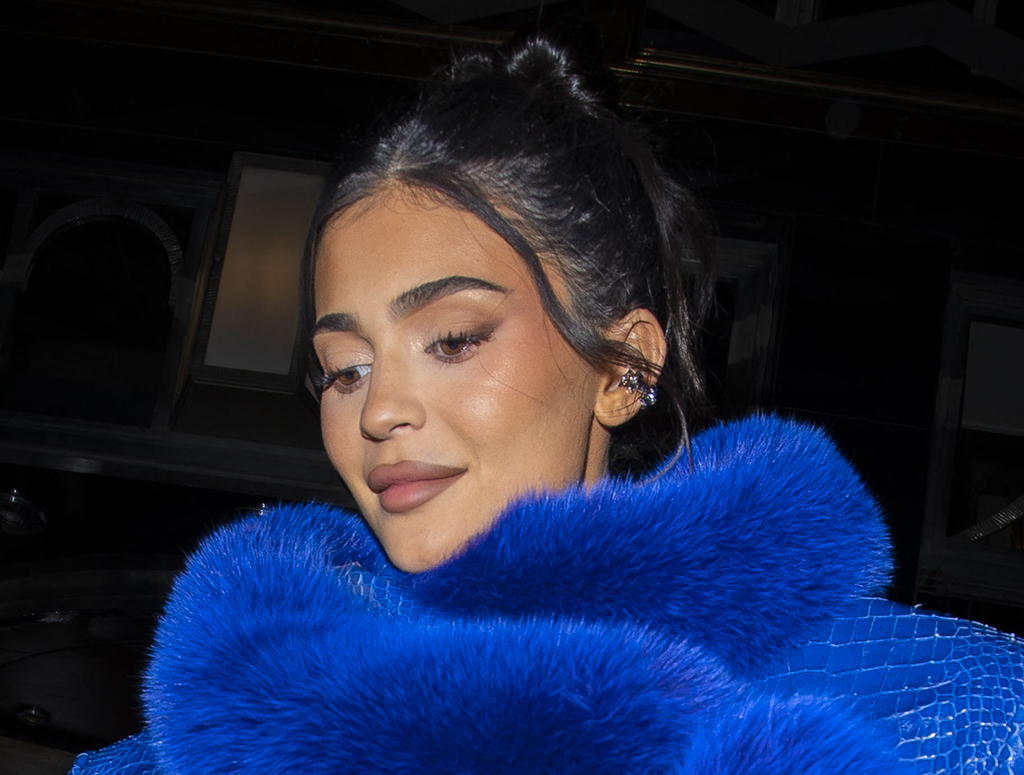 Kylie Jenner and her daughter Stormi impressed in bold prints and colors in London.

The mother-daughter duo were candidly snapped leaving their hotel hand in hand on Aug. 5, heading out for the night. From London to Milan, Jenner has become a world traveler as of late, the social media star stopping by Milan, and now London to check on the progress of new makeup from Kylie Cosmetics. No matter the city, Jenner’s style is consistently colorful and uniquely her.

The makeup mogul opted for drama, donning a brilliant cobalt-blue faux-crocodile jacket dress. The piece was intensely vivid and trimmed with faux fur in the same hue on the high neckline, sleeves and on the hem of the jacket. In leu of trousers or a skirt, the jacket acted as a mini skirt that stopped mid-thigh on Jenner, which helped to elongate her legs.

The youngest of the Kardashian-Jenner clan wasn’t done yet. As far as footwear was concerned, the star hit the London streets in cobalt blue ankle-wrap heels. Jenner fastened her feet in a dramatic sandal that was made even more eye-catching thanks to the pointed glittery toes. Shining brighter still, Jenner’s shoes also had tassels with silver tinsel on to the ends that had the mom shining with every step.

Jenner’s style tends to vary in aesthetic, from sporty to sleek and eclectic. The Kylie Baby founder can be spotted on and off the red carpet in a range of pumps, sandals and platforms by Alexandre Vauthier, Andrea Wazen and Versace, among other luxury brands.