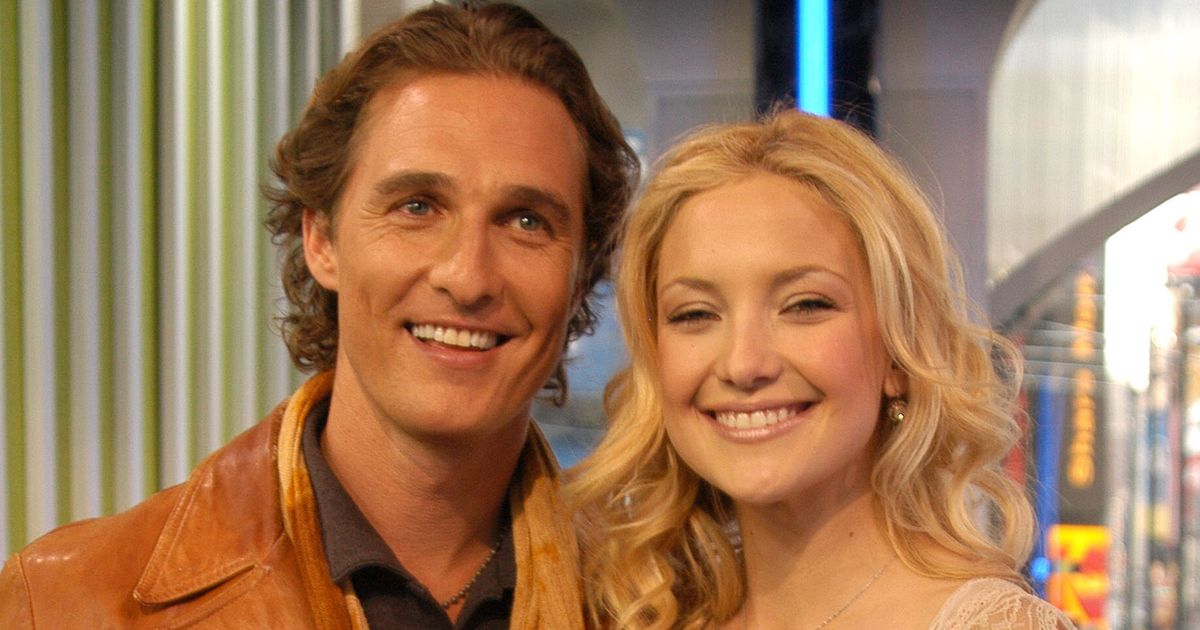 As she enjoys a professional resurgence, Kate Hudson is taking time to reflect on one of the milestone films that helped put her on the Hollywood map nearly two decades ago.

Hudson spoke at length about the 2003 romantic comedy “How to Lose a Guy in 10 Days” while appearing at the British Academy of Film and Television Arts (BAFTA) last week. In her chat, the actor said she “fought back on a lot of things” during the production process of the movie, which included convincing Paramount Pictures executives to cast Matthew McConaughey as Benjamin Barry, the love interest of her character, Andie Anderson.

“We had an energy together, I wanted to play with him,” Hudson explained, according to Variety. “It felt kinetic. We both have a competitive spirit, we’re both super athletic. We like to push each other, and I just love Matthew’s commitment to everything; he’s razor-focused. What you think he is, is is.”

She noted that she and director Donald Petrie “just kept hitting our heads against the wall” throughout the casting process.

“I’m such a cheerleader for actors in our industry,” she added, “but for rom-coms you need that guy to have chemistry with.”

Hudson didn’t specify why execs weren’t sold on McConaughey, who was already a box office draw, during her chat last week. In 2003, however, producer Lynda Obst told Entertainment Weekly that the 10-year age gap between the two actors may have been a factor.

Fortunately, Hudson got her wish, and McConaughey landed the part. Released in February 2003, “How to Lose a Guy in 10 Days” was a smash, raking in more than $177 million at the box office. Interestingly, scenes from the movie recently trended on TikTok after Netflix announced it would be leaving the streaming platform on Jan. 1.

“I love that that movie lives on with younger girls,” Hudson told “Today” last week. “There was a very feminist twist to that movie. It really inspired young girls, and that makes me so happy.”

Hudson can currently be seen alongside Daniel Craig in the crime comedy “Glass Onion: A Knives Out Mystery.” Her portrayal of former supermodel-turned-fashion designer Birdie Jay has earned her glowing reviews, with The Daily Beast calling it her “sharpest performance yet.”