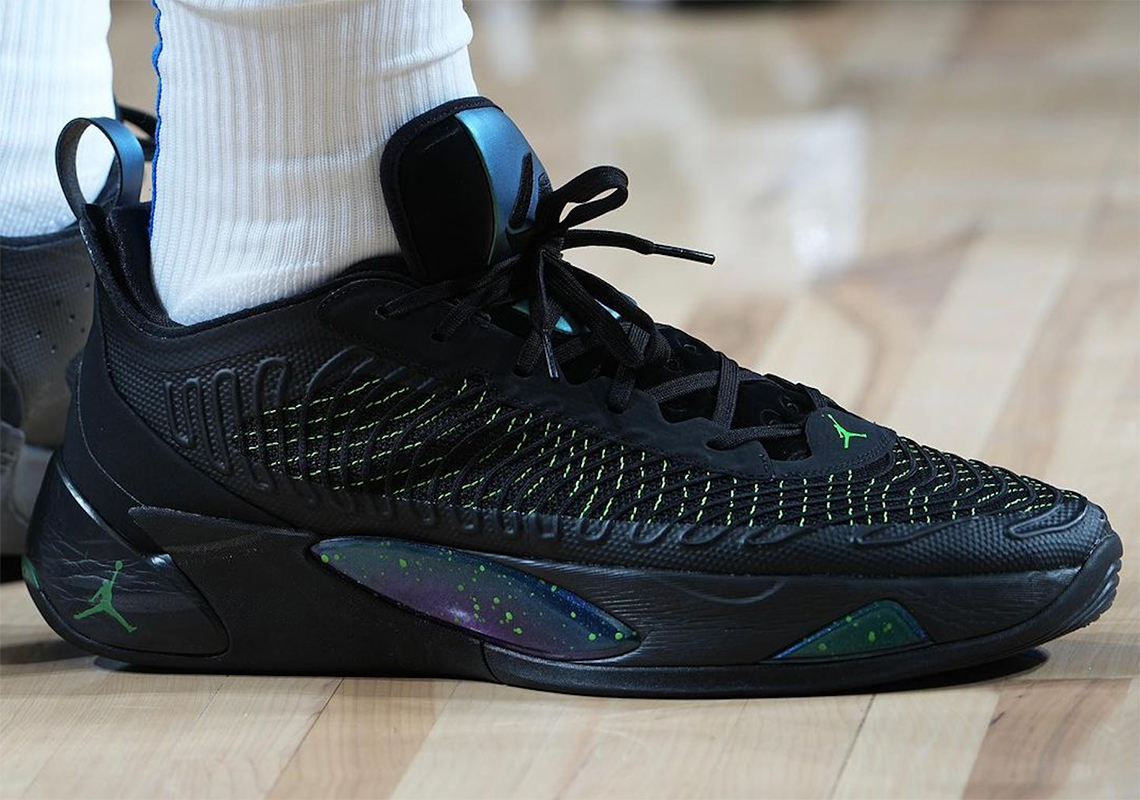 Luck may not have been in the air last night during the Mavericks’ comeback win against the New York Knicks, but Luka Magic was. Becoming the first player in NBA history to record 60 points, 20 rebounds and 10 assists, all eyes were on the Slovenian superstar last night with those around the League praising Doncic’s performance and improbable game-tying bucket. While the three-time All-Star admitted he was in need of a recovery beer, the sneaker and basketball communities enjoyed their own treat to a brand new jet-black Jordan Luka 1 colorway for four quarters and some change.

Exploring a clad black ensemble, pitch-dark hues envelop the mesh base layer and protective TPU overlay in tandem with its heel counter and sole unit underfoot for a dominant monochrome aesthetic. Coordinating with the bright green trim found on Dallas’ city edition jerseys, seldom yet effective hits of neon lay claim to the aforementioned base with a stitched composition alongside its Jumpman insignias affixed to the forefoot and heel. Similar to its past constructions, the exposed IsoPlate of the cushioning system underfoot proposes a vibrant contrast, now indulging in a luminous green, teal and purple gradient while a light neon speckling proffers the silhouette’s finishing touches.

In other news from the Jumpman Banner, check out where to buy the Air Jordan 2 “Chicago” ahead of its release this Friday. 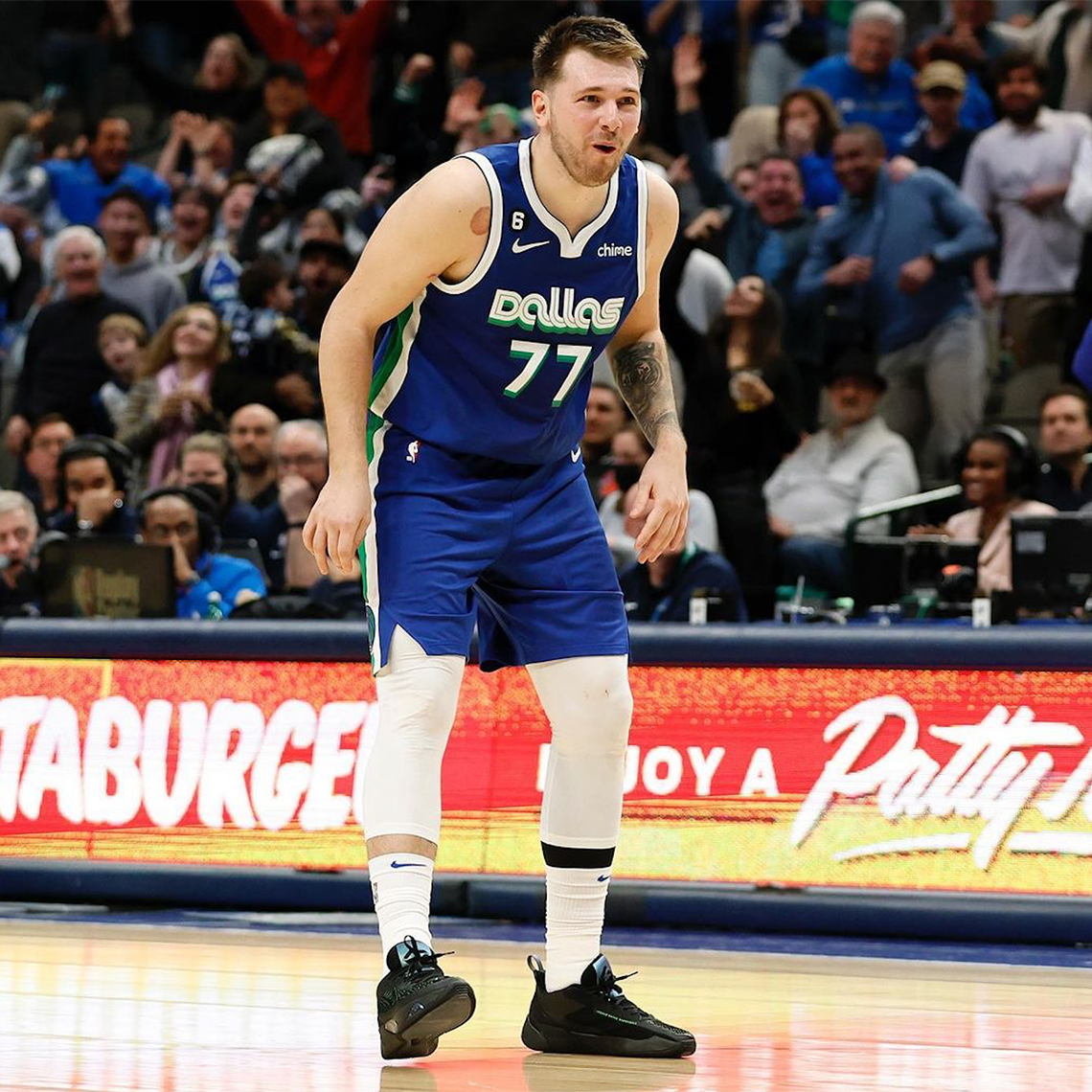