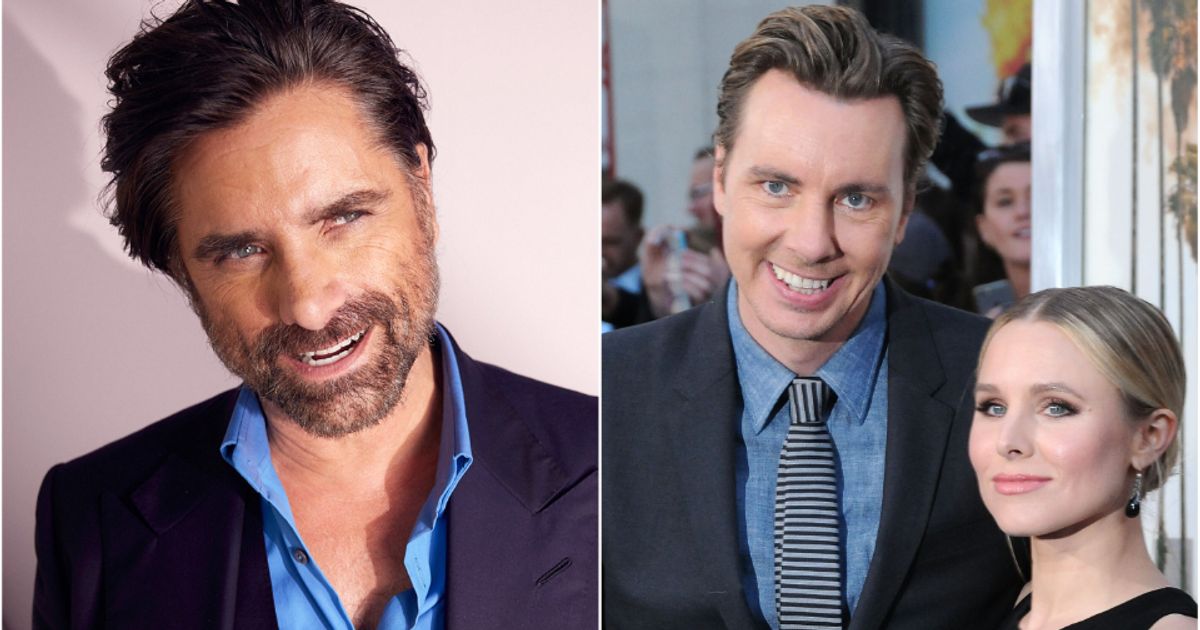 Kristen Bell and Dax Shepard have long been one of Hollywood’s most buzzed-about couples, but Bell’s apparent missed connection with another heartthrob actor generated headlines this week.

On a recent episode of Shepard’s “Armchair Expert” podcast, John Stamos revealed that he was almost set up on a date with Bell long before she married Shepard.

“I was freshly divorced [from Rebecca Romijn]. There was some award show or party or after party or something,” Stamos explained. “And my press agent … says: ‘There’s this girl that wants to meet you. You gotta meet her. She’s in the theater. She’s fun, you guys would be great together.’ It was Kristen.”

The “Full House” actor’s admission drew audible gasps from Shepard and co-host Monica Padman. However, he quickly clarified that he felt he was “too old” for Bell, who is 17 years his junior.

“I just was so lofty, and I thought, ‘I’m old.’ But then I got over that,” he quipped, alluding to the 23-year age gap between him and his current wife, Caitlin McHugh Stamos.

Though Stamos didn’t specify the exact time frame of the encounter, he and Romijn ended their seven-year marriage in 2005. Shepard, meanwhile, began dating Bell in 2007.

Fortunately, all appears to have worked out in everyone’s favor. Stamos began dating McHugh Stamos in 2015, around four years after they first crossed paths on the set of “Law & Order: SVU.” The couple married in 2018 and welcomed their son Billy, now 4, later that same year.

Bell and Shepard, meanwhile, were married in 2013. The couple share daughters, Lincoln, 9, and Delta, 8.

Later in the podcast, Stamos opened up about meeting McHugh Stamos for the first time.

Listen to Stamos’ “Armchair Expert” interview below. His comments about Bell appear around the 29-minute mark: