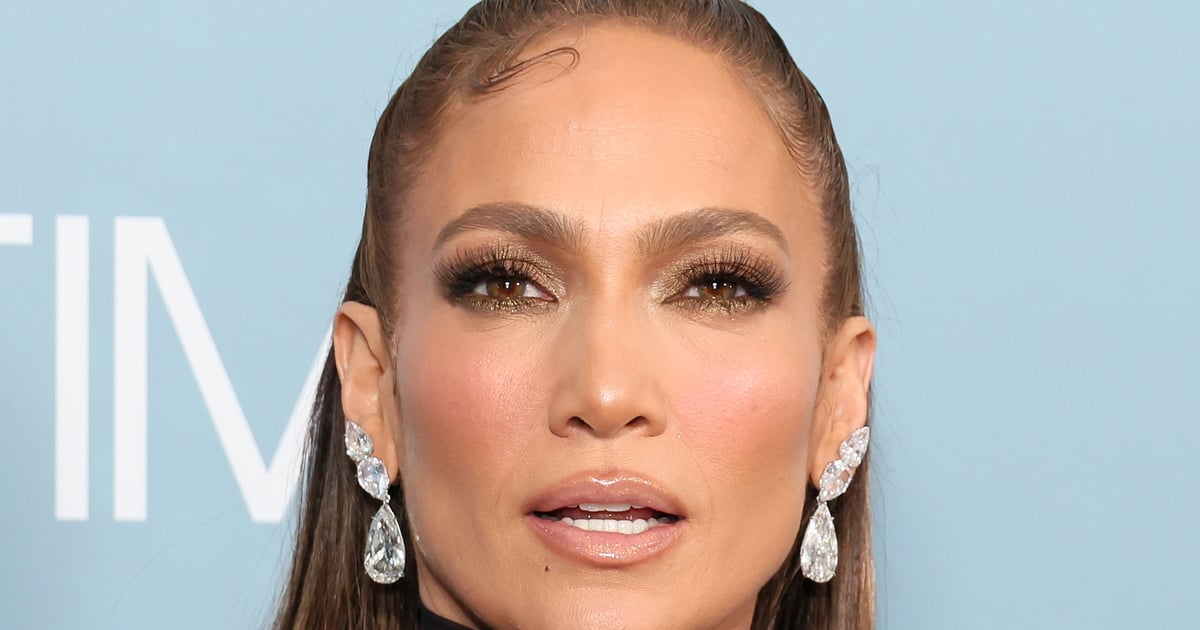 With 2023 just around the corner, it’s time to get ready for even more Jennifer Lopez. She has a new movie, “Shotgun Wedding,” out Dec. 28 on Amazon Prime Video, in addition to a forthcoming studio album, “This Is Me . . . Now,” which is set to be released sometime in 2023. When she dropped the teaser trailer for the latter, it conjured up all sorts of nostalgia for fans because it pays tribute to her “This Is Me . . . Then” album from 2002.

On that iconic Y2K-era album cover, the singer wears a pretty blush-pink beanie hat with a fitted minidress that has delicate, wispy sleeves. In the teaser, J Lo morphs from that version of herself 20 years ago into who she is now — get it? — which involves her wearing a tiny white corset crop top and an ultra-low-rise leather skirt with a matching leather jacket. A simple necklace and rings across her right hand complete the black-and-white look.

It’s not much of a stretch to say that 2022 has been the year of J Lo. In June, her Netflix documentary, “Halftime,” made its debut, which tells the behind-the-scenes story of how she prepared for her Super Bowl halftime show performance in 2020. Then, in July, the 53-year-old superstar married her on-and-off-again fiancé, Ben Affleck, in Las Vegas. The newlyweds didn’t stop there, though, and hosted an extravagant ceremony and reception a month later, bringing friends and family to Affleck’s Georgia home to witness their nuptials.

On the fashion front, the new Mrs. Affleck has been busy turning heads both with her street style standbys and her red carpet choices. She’s been especially fond of the cutout trend, whether she’s lounging at home or on the streets of LA wearing a chic sundress. Unsurprisingly, Lopez has also had several outfit-coordinating moments with her husband, like when they were spotted in complementary summery neutrals or matching moody ensembles by Ralph Lauren, who was also responsible for their respective wedding wardrobes.