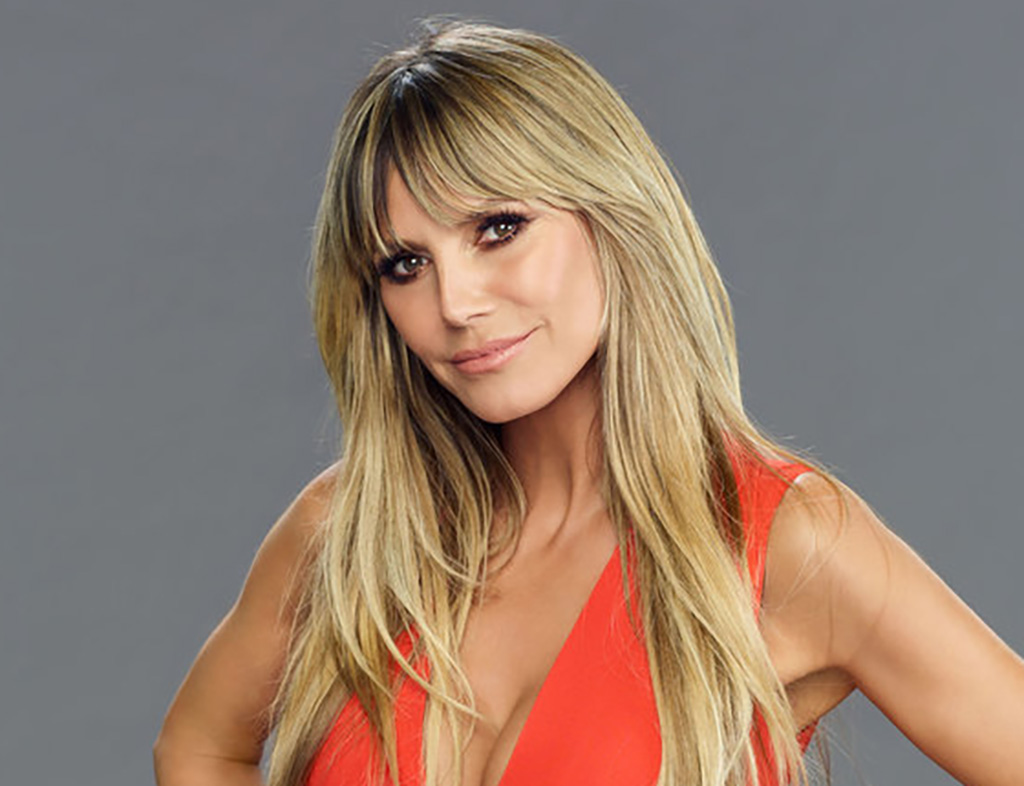 Heidi Klum posed for promo images along her fellow co-judges for “America’s Got Talent: All-Stars,” the star sporting a pop of color and gilded heels for the celebratory affair.

Klum’s look consisted of a bright orange sleeveless jumpsuit which was belted in order to define her silhouette. The garment was a halter style with a zip-up front and breezy bell bottoms that contrasted the fitted top half. The former Victoria’s Secret Angel opted for gold rings, which she wore various fingers, and matching stacked gold bangles.

On her feet, Klum’s ensemble gave off a sky-high effect, thanks to a set of sleek platform sandals. Her style featured shiny gold uppers with wide ankle and crossed toe straps, as well as thick platform soles. The shoes also had stiletto style heels totaling 4 to 5 inches in height, giving her a moderate height boost with a walkable base.

Klum’s recent shoe lineup has included sleek sandals and boots from brands like Valentino, The Row, Dries Van Noten and R13. When hitting red carpets and other formal events, she’s also been seen in bold pumps and mules from Gianvito Rossi, The Attico, Femme LA and more top brands.

However, her career extends far beyond wearing fashionable shoes. Klum began her career modeling for Victoria’s Secret, Sports Illustrated and Givenchy, and has even founded her own lines of intimates, clothing, swimwear and perfumes with German grocery store Lidl.

NBC has greenlit “America’s Got Talent: All-Stars,” a new extension of the powerhouse hit series featuring winners, finalists and fan favorites from previous seasons of “America’s Got Talent” and “Got Talent” franchises around the world. These contestants will compete for the ultimate All-Star title in a new series premiering Monday, Jan. 2 at 8 p.m. ET on NBC.