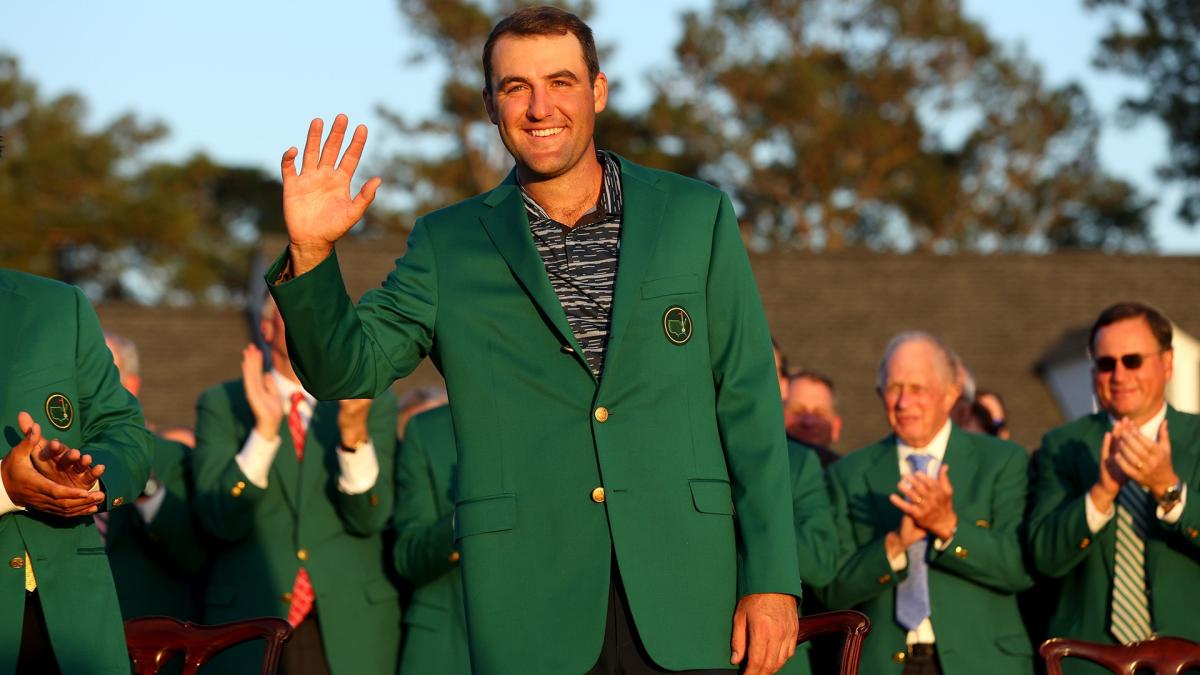 Perhaps lost in the shuffle as lawsuits and closed-door meetings dominated headlines, the PGA Tour was littered with first-time winners in 2022.

Not all inaugural trips to the winner’s circle are created equal. For some, it comes easily, as if winning at the highest level is a birthright. For others, it’s a grind that not everyone is built for; a grind that spans more than a decade and can leave a player wondering whether their moment will ever come.

From the most dramatic to the most improbable, here are the biggest breakthrough performances of the year.

As distant as it seems, Scheffler was winless on Tour this time a year ago. In fact, it was starting to define his young career. Despite high finishes in big events and a stellar Ryder Cup – Scheffler went 2-0-1 at Whistling Straits and defeated Jon Rahm in singles – the former Longhorn was starting to earn a reputation as the best young player yet to win on Tour.

Scheffler put that narrative to rest early and often in 2022, beginning with his victory at the WM Phoenix Open, where he took down Patrick Cantlay with a birdie on the third playoff hole. He would follow that victory with a one-shot win at the Arnold Palmer Invitational and a resounding 4-and-3 triumph over Kevin Kisner to capture the WGC-Dell Technologies Match Play in Austin.

Three wins in five starts set the stage for the Masters, and Scheffler put a cherry on top of one of the most impressive runs the game of golf has seen in a long time. A chip-in birdie at the third hole in the final round propelled the suddenly prolific winner to his first major championship. The green jacket fit nicely, as did the title of world No. 1, which Scheffler took over after his win in Austin and held until Rory McIlroy eclipsed him in September.

Fitzpatrick had lingered near golf’s biggest names since his inceptive win on the DP World Tour in 2015, but without a PGA Tour win, he continued to find himself a tier below the game’s best. That changed in a big way at the U.S. Open, where the Englishman conjured the same magic that thrust him to a U.S. Amateur victory at The Country Club in 2013.

Will Zalatoris in awe of Matt Fitzpatrick’s approach shot on 18: ‘Just incredible’

Either way we were guaranteed a first-time winner at Brookline, as Fitzpatrick was battling Will Zalatoris down the stretch on Sunday. With both players primed to take the next step in their career and enter the winner’s circle for the first time as a major champion, Fitzpatrick stared down a career-defining shot: a 9-iron from a fairway bunker at the 72nd hole.

But it wasn’t just any 9-iron, and it wasn’t just any fairway bunker. With the eyes of the golf world watching, Fitzpatrick had to elevate the ball quickly enough to get it up and over an island of grass in the middle of the bunker, while somehow controlling his distance and shifting the pressure back to Zalatoris.

He did just that, pulling off what many have called the shot of the year and breaking through in a big way with his first major championship.

Speaking of the U.S. Open runner-up – and PGA Championship runner-up, and 2021 Masters runner-up – it was long past time for Zalatoris to break through and get that elusive first win, but it wouldn’t come easy.

After starting his career 0-2 in playoffs (2022 Farmers, 2022 PGA), Zalatoris was hoping the third try was a charm at the FedEx St. Jude Championship. His ball striking, however, would let him down late in the day, forcing the putter to get hot at the right time. The playoff with Sepp Straka doesn’t happen without a clutch par save on the 18th in regulation, and the putter would continue to bail Zalatoris out in the playoff. He rolled in a similar putt at the 18th on the second playoff hole to send it to the 151-yard, par-3 11th at TPC Southwind.

Zalatoris was first to play, and he knew he was in trouble at impact as his tee shot sailed right of the pin and flirted with the water. After several bounces on the rock retaining wall guarding the right side of the green, Zalatoris’ ball settled between the wall and the rough.

Straka proceeded to rinse his tee shot and was ultimately left with a 4-footer for double bogey, leaving Zalatoris with a decision; to attempt the shot with the ball stuck between the wall and the rough or head back to the drop zone and try to win it from there. A discussion with new caddie Joel Stock led the Wake Forest product to the correct decision, which was to make the walk to the drop zone. From 93 yards out, Zalatoris spun a wedge to 7 feet and jarred the most important putt of all to break through for his first PGA Tour victory.

Kim’s meteoric rise couldn’t have been predicted by even the most omniscient golf observer. Most players go through what Scheffler, Fitzpatrick and Zalatoris went through before winning on the PGA Tour. There’s a certain grind that it feels like every Tour player goes through as they learn how to win on the biggest stage, but Kim skipped a few steps when he ran away from the field last summer at the Wyndham Championship.

At just 20 years old and without full status on the PGA Tour – he was playing on special temporary Tour membership – Kim could only become eligible for the 2022 FedExCup playoffs with a win at the Wyndham, and he didn’t get off to a great start. Spotting the field four shots after an opening quadruple-bogey 8, it certainly seemed as if his season would be coming to a close at Sedgefield Country Club. Kim, however, kept the train on tracks with an opening 3-under 67, becoming just the third player in the ShotLink era (2003) to make quadruple bogey or worse on the first hole of any round and go on to card an under-par score.

The charismatic kid would make just three bogeys the rest of the week, capping his pioneer victory with a round for the ages. After opening with a par – cutting Thursday’s score on the first hole in half – Kim went on an 8-under run over his next eight holes, going out in 27 to tie Brandt Snedeker’s course record on Sedgefield’s opening nine. A bogey and two birdies on the back nine resulted in a final-round 9-under 61, leaving Kim five shots clear of his closest competitors.

‘Tiger never checked’: Tom Kim has no idea how much money he won at Wyndham

The win extended his season and commenced an ascension that saw Kim become a star for the International team at the Presidents Cup and notch his second Tour victory at the Shriners Children’s Open, becoming the first player to win twice on Tour since Tiger Woods in 1996.

Straka began 2022 as the 214th ranked player in the world. He was mostly an afterthought on the PGA Tour; a player who would pop up from time to time at an opposite field event, but didn’t mix it up too often with the game’s elite. That all changed in what was a career-making year for Straka, who is now world No. 27 and squarely on the radar for a spot on the upcoming European Ryder Cup team.

The Austrian was five shots back of Daniel Berger through 54 holes at the Honda Classic, seemingly needing everything to go right if he were to capture his first Tour victory. He didn’t get off to the best start in the final round, opening with a bogey to dig himself an even deeper hole. That’s when the script flipped for Straka, who made birdie at Nos. 2 and 3, ultimately pulling himself within a shot of the lead as he made the turn.

It looked as if 2019 Open Champion, Shane Lowry, would emerge at PGA National, but Straka had some magic left in the bag, birdieing three of his final five holes on the difficult closing stretch to top the Irishman by a shot. The $1.44 million he won that week was more than he had made in any single season on Tour since he earned his card in 2018.

Straka wasn’t a one-hit wonder, though. He went on to have by far the best season of his career, earning his way into the Tour Championship for the first time, where he finished T-7.

It’s rare for a player to win as young and as quickly as Tom Kim, but it’s also rare that a player grinds for 15 years before hoisting a trophy on the PGA Tour. List graduated from Vanderbilt in 2007 and was still in search of his first Tour victory when he headed to Torrey Pines for the 2022 Farmers Insurance Open. There had been so many close calls over the years for one of the longest drivers in the game, and he was once again in a position that would result in either glory or agony.

List came down the stretch alongside names like Zalatoris, Jason Day, Justin Rose, Joaquin Niemann and Sungjae Im. The former Commodore birdied the par-5 18th in regulation despite finding the rough with each of his first two shots. He then had to watch as Zalatoris stood over an 8-footer on the 18th that would’ve given the Wake Forest product the victory. Fortunately for List, Zalatoris just missed, setting up a playoff between the two elite ball-strikers.

After Zalatoris and List drove it within inches of each other in a right fairway bunker on the first extra hole, No. 18, List splashed out and stuck his third shot to a foot. Zalatoris, who didn’t hit a fairway with his last five drives, then missed from 10 feet to give List the win that had eluded him since Tom Brady was throwing touchdowns to Randy Moss.