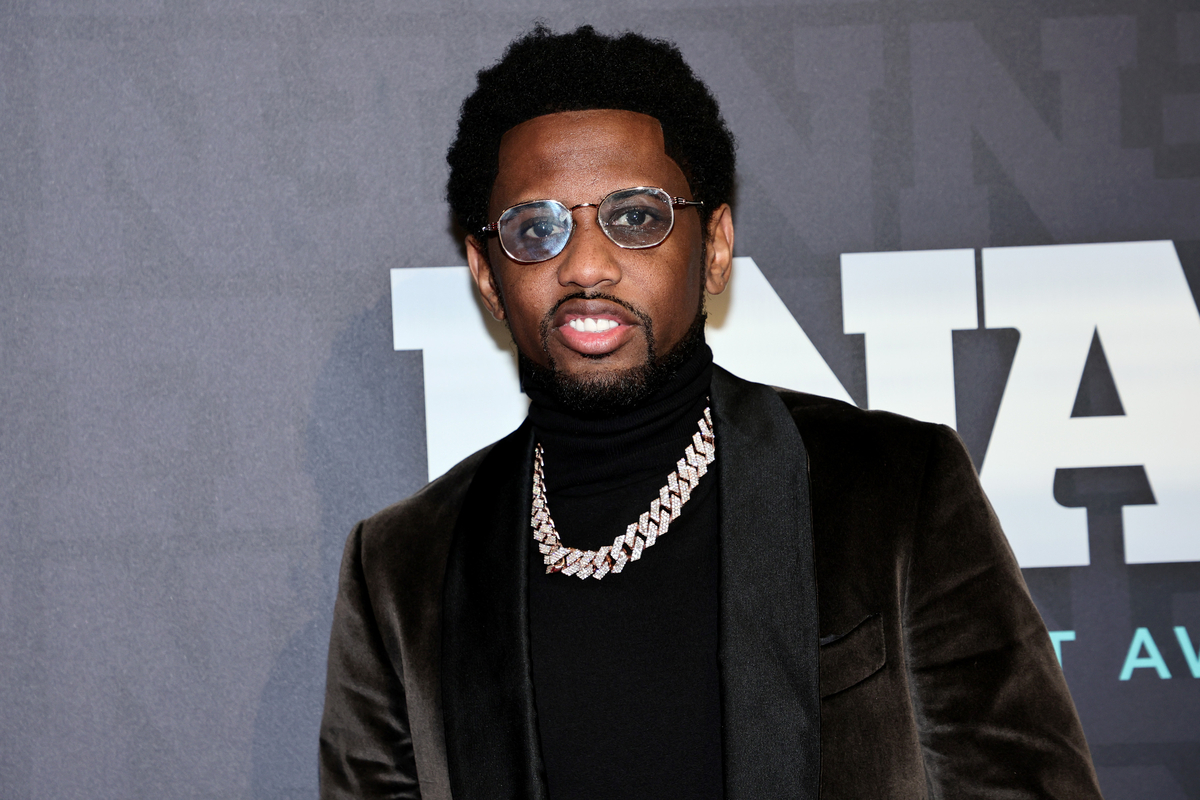 The “Throw It In The Bag” rapper wore a black turtleneck to the event. He paired it with a black suede blazer that featured a white lining. He added black dress pants to compelte the look.

Fabolous glistened with his assortment of diamond jewelry that featured a thick gold linked chain and several multi-toned bracelets, watches and rings.

The rapper completed the look with a pair of A Ma Maniére x Air Jordan 4 “Violet Ore” sneakers. The style, released on Nov. 23, features a lace-up closure with a vintage cream-toned sole.

The Jordan brand is one of many brands being highlighted tonight. The company hit the $5 billion sales milestones for the first time during its most recent fiscal year. This year alone, the brand has released countless collaborations with many notable artists including DJ Khaled and Travis Scott. They also bolstered their ambassador roster with rising stars like NFL wide receiver Deebo Samuel and No. 1 NBA draft pick Paola Banchero. Along with their many achievements, they also announced a 20-year partnership with Howard University this year.

Fabolous has a long track record of envious footwear. He is usually seen in a sleek pair of sneakers or slides from brands like Chanel, Givenchy, Nike, and Yeezys. The rapper has been a consistent figure in the footwear realm. In 2015, he teamed up with Packer Shoes and Ewing Athletics to create a Gucci-inspired rendition of their heritage basketball sneaker.