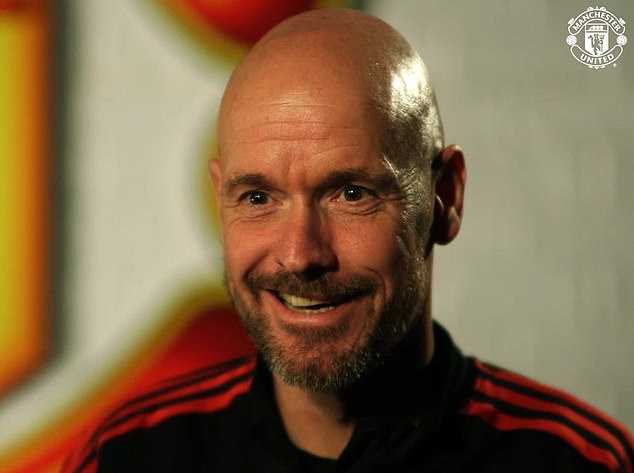 By Will Pickworth For Mailonline

For any Manchester United supporters still looking for a late Christmas present, Erik ten Hag has got you covered.

The Dutch boss addressed United supporters on Christmas Day as he wished them well over the festive period.

And when pressed on what one football related present he would ask for for Christmas, Ten Hag joked the best present he could ask for would be a ticket to a Manchester United game.

The United boss said to MUTV: ‘I would say a ticket to a great game! And I think Manchester United must be involved.’

Ten Hag also sent his best wishes to supporters after his first six months in the job that has seen major improvements as the club plots its return to the top of the Premier League.

After a tricky start, the Red Devils lie in fifth place in the table – just three behind fourth place Tottenham and with a game in hand.

Similarly, despite an opening matchday defeat to Real Sociedad, United qualified from their Europa League group and will face Barcelona in the knockout play-off round. 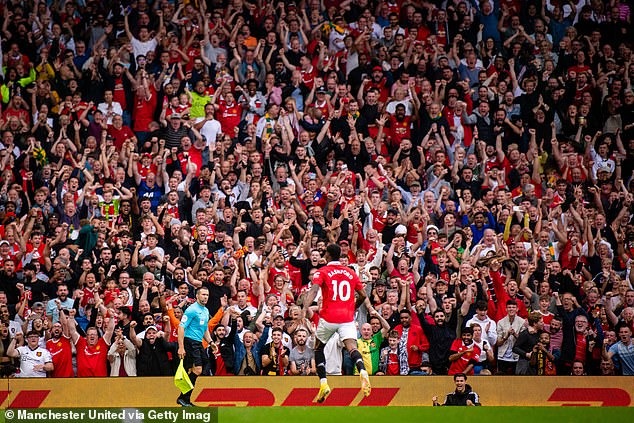 When addressing supporters, Ten Hag said: ‘I wish everyone a Merry Christmas and a Happy New Year!

‘Get energy in this period but also share it with your loved ones.

‘Give each other a lot of love and go for a new year with a lot of health and a lovely and peaceful 2023.’

United returned to action with a 2-0 win over Burnley in the Carabao Cup last Wednesday and have been drawn against League One side Charlton Athletic in the quarter-finals.

They then face Nottingham Forest on December 27 in their first Premier League game since the World Cup, before travelling to Wolves on New Year’s Eve.