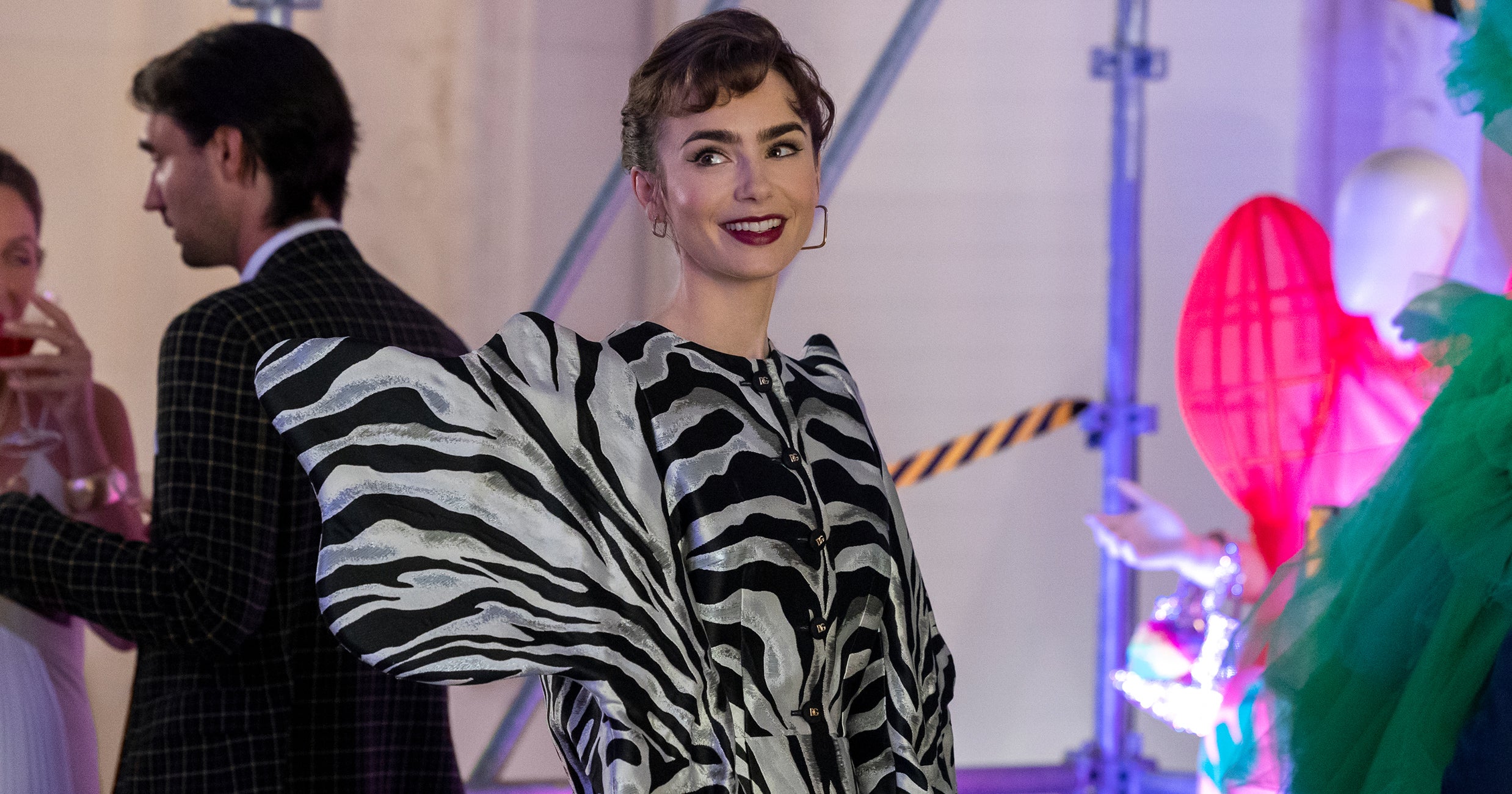 A prime example of this chameleonic adaptation is seen on the first episode of season 3, when Emily has a nightmare that she’s on the top of the Eiffel Tower — dressed in a hot pink feather cape — and is pushed off when she’s pressured to make a decision between staying with her old firm or joining Sylvie’s new agency. According to Fitoussi, this imaginary fall represents the literal death of the old Emily and her style, specifically her ultra feminine Barbiecore aesthetic. “[It’s] saying goodbye to pink, a way of saying ‘let’s go with another color now,’” she says. From that moment, Emily’s style quickly changes from a “more is more” mindset to a more subdued, polished version. Take, for example, the yellow suit she wears during a park outing with her friend Mindy (played by Ashley Park), which she pairs with matching platform heels, knee-high socks, and a printed scarf. While the head-to-toe yellow may seem like an over-the-top choice, Emily’s decision to go with a unified color palette instead of clashing pieces signals an evolution in her approach to fashion. She also switches her quintessential shorts suits for more grown-up monochrome versions that look straight out of Sylvie’s wardrobe.