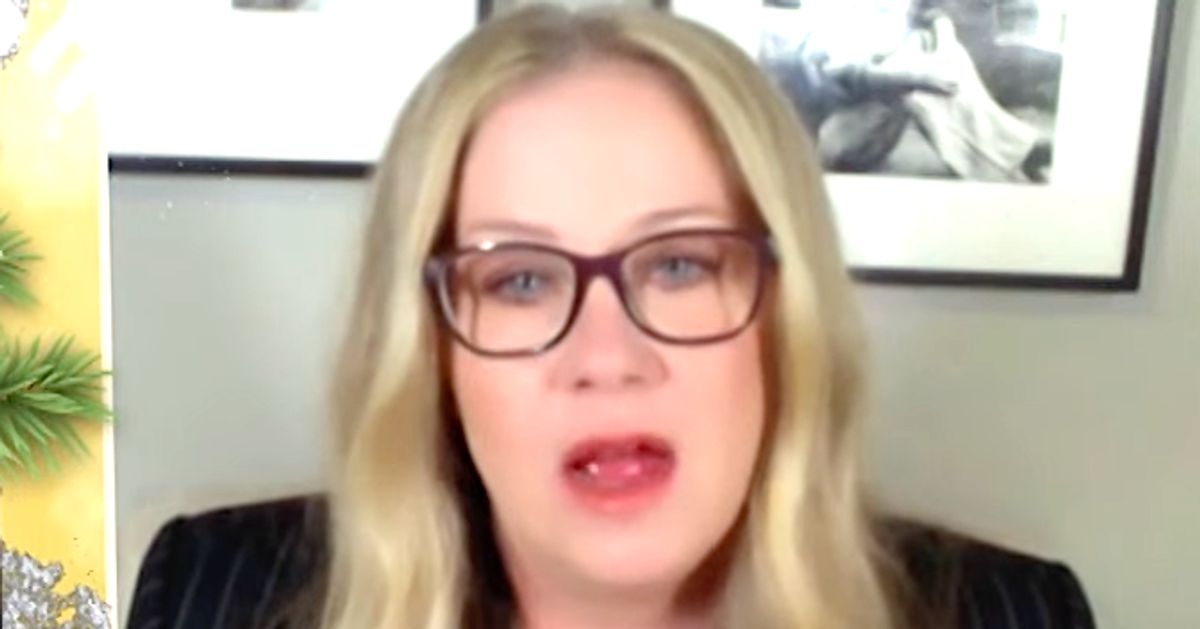 Christina Applegate’s Christmas song about multiple sclerosis might not become a holiday classic ― but it will make you laugh. (Watch the video below.)

And that’s the point. The “Dead to Me” star learned she had the disease last year and said she doesn’t want people to be scared around her.

“When people see me now as a disabled person, I want them to feel comfortable that we can laugh about it,” the “Married … With Children” alum told talk-show host Kelly Clarkson in a segment shared Thursday.

Applegate then crooned her own version of “Santa Baby.”

“Disaby baby, hurry down the chimney tonight / I can’t / ’cause my wheelchair won’t fit down it.”

The verse had its intended effect on the “Kelly Clarkson Show” audience.

Applegate said a “humor shield keeps me OK, but of course down on the insides, you feel the things.”

Last month, Applegate made her first public appearance, receiving a star on the Hollywood Walk of Fame, since she revealed her MS diagnosis in an August 2021 tweet. She readily admits that the way people see her now can be disquieting.

“I’m different now,” she said. “And it’s incredibly hard. I don’t want to be the fish in the fish tank. But I’m going to do my best to just get through it, I suppose.”