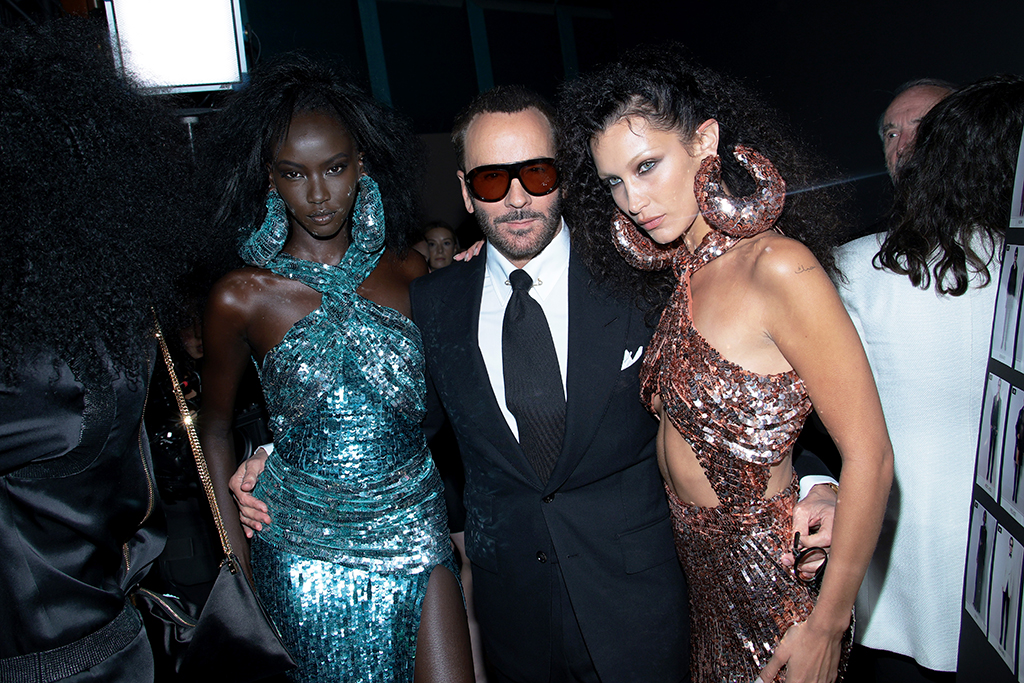 This year closed out with a flurry of acquisitions, but overall, M&A activity in the footwear and fashion industries was relatively quieter this year compared with the gangbusters deals of 2021.

Several factors contributed to the slowdown in deal-making, starting with price inflation, which led to volatility in the stock markets, rising interest rates and a drop in consumer spending.

But in some corners of the industry — particularly in the still-booming athletic category and recession-resistant luxury market — certain properties proved to be hot commodities, particularly Tom Ford, which netted one of the big price tags this year.

Below is list of some the biggest M&A deals in the footwear and fashion industry in 2022, in no particular order.

After much speculation, Estee Lauder Companies beat out rival Kering in the contest to win the Tom Ford brand. ELC announced in mid-November that it had inked a deal to acquire the fashion label for $2.3 billion, making it the sole owner of the Tom Ford brand and all its intellectual property. Under the terms of the agreement, founder and CEO Tom Ford will continue to serve as the brand’s creative visionary through the end of 2023. And chairman Domenico De Sole will stay on as a consultant until that same time.

Korean internet company Naver Corp., which runs the country’s largest search engine and e-commerce platform, revealed in October its plans to acquire Poshmark Inc. and all of its issued and outstanding shares for $17.90 in cash, or $1.2 billion. The deal, set to close in Q1 2023, is expected to jumpstart annual revenue growth beyond 20% in the short-term by giving Poshmark access to Naver’s financial and technological infrastructure to expand growth overseas.

In May, G-III Apparel Group entered into all-cash deal to purchase the remaining 81% stake of the Karl Lagerfeld fashion brand for 200 million euros (or roughly $213 million at current exchange). G-III has owned a 19% stake in the brand since 2015, and the company said the deal was in line with its goal to increase direct ownership over brands and expand globally. The Karl Lagerfeld leadership team, helmed by CEO Pier Paolo Righi, was expected to continue to work with G-III, which manages more than 30 licensed and owned brands such as DKNY and Andrew Marc. The company said it plans to help Karl Lagerfeld eventually achieve more than $2 billion in global retail sales.

After a streak of investments in 2020 and 2021, JD Sports Fashion Plc was focused on divestment this year. This month, it sold 15 of its U.K.-based “non-core” fashion businesses to Frasers Group Plc in a deal worth 47.5 million pounds, or $57.6 million based on current exchange rates.

The retail giant also announced in August that it would sell Footasylum to German asset management firm Aurelius for 37.5 million pounds, or $46.3 million at current exchange. JD Sports acquired the shoe chain in 2019 in a $119 million deal that quickly drew the attention of the U.K. watchdog organization, the U.K. Competition and Markets Authority. In 2021, the CMA ordered JD Sports to sell Footasylum after an investigation found consumers would suffer from the stifling of competition that resulted from its ownership.

In one of its two major deals this year, WHP Global purchased a controlling 70% interest in fashion brand Isaac Mizrahi from Xcel Brands Inc. in May. Under the deal, valued at $68 million, Xcel retained a 30% minority interest in Isaac Mizrahi and received $46.2 million in cash proceeds. Xcel also said it would continue to manage Isaac Mizrahi’s thriving business on QVC with WHP Global and enter a new license agreement to design and distribute the brand’s apparel in the U.S. and Canada. Mizrahi also stayed on as the company’s chief design officer.

WHP’s next big move, in early December, was a partnership to help the struggling Express chain. WHP Global invested a total of $260 million into the fashion retail chain to form an intellectual property joint venture and a “mutually transformative” strategic partnership to launch a new omnichannel platform. The multi-layered deal included a $235 million investment from WHP Global for a 60% stake in the joint venture. Express retained a 40% stake and said the deal will allow it to scale internationally and into non-core categories by way of licensing deals.

It wouldn’t be an M&A wrap-up without including Authentic Brands Group. In October, the New York-based company completed its acquisition of Ted Baker after announcing a deal to acquire the U.K.-based brand in August. ABG reportedly purchased Ted Baker for 110 pence a share, or around 211 million pounds (approximately $261 million at current exchange) — a price that was about one-third lower than the company had originally expected. ABG said it seeks to grow Ted Baker’s global foundation by focusing on licensing, wholesale, retail, digital and strategic marketing partnerships.

And at the start of the year, in February, ABG entered into a deal to co-own and manage David Beckham’s global brand. The terms of the deal, which makes Beckham a shareholder of ABG, were not disclosed, but CNBC estimated that ABG paid close to $269 million for a 55% stake in Beckham’s brand-management firm, DB Ventures.

May was a big month for Arklyz Group. Over the course of a few days, the company announced deals to purchase Asphaltgold, a leading European sneaker and streetwear retailer; and Shoe City, a sneaker and streetwear chain based in Baltimore, Md. With the Shoe City deal, Arklyz Group added 40 doors to its roster of retail locations in the U.S., which already includes The Athlete’s Foot’s more than 50 stores across 12 franchisees. The Athlete’s Foot chain also gained access to Shoe City’s distribution center that can be used to fulfill orders for both banners. Arklyz CEO Param Singh told FN that when it comes to potential acquisition targets, he looks for existing businesses in the marketplace with “strong brand relationships” and a “loyal consumer base.”

GOAT Group took steps this year to grow its apparel business with the purchase of men’s fashion resale site Grailed. The cash and stock deal was announced in October and was meant to accelerate growth in the apparel and accessories categories for the two companies, through a combined global community of more than 50 million members across 170 countries. The two companies were already close partners. In September 2021, Grailed announced that it closed a Series B funding round of $60 million, which was led by GOAT Group.

In January, American Exchange Group (AX Group) finalized a deal to acquire the Aerosoles footwear brand from New York-based hedge fund Alden Golden Capital LLC for an undisclosed amount. AX Group had previously inked a distribution partnership with Aerosoles to fuel expansion into more retail channels. Now, the new owners told FN they have an ambitious strategy to take the 35-year-old brand into numerous new product categories and reestablish its dominance as a fashion-based comfort player.

Designer Brands Inc. added another name to its growing roster of owned brands this month. The DSW parent company announced on Dec. 19 that it had acquired Topo Athletic, a U.S. maker of running, walking, hiking and comfort shoes. With the buy, DBI expanded its assortment of athletic performance footwear and progressed in its owned brands strategy. (DBI announced in April a goal for sales from owned brands and Camuto Group national owned and licensed brands to double from 19% of revenue to almost one-third by 2026.)

In July, DBI announced an investment in Le Tigre 360 Global and entered a licensing agreement to exclusively design and produce Le Tigre footwear. And in May, DBI acquired “the key strategic retail domain ‘Shoes.com’ and associated intellectual property assets” for an undisclosed amount. A spokesman for the company noted that the domain and IP were carved out as part of the sale, and that Designer Brands did not purchase any underlying operating business assets.

Richemont finalized a long-awaited deal in August, selling a majority stake in its Yoox Net-A-Porter (YNAP) platform to Farfetch and Symphony Global, one of the investment vehicles of Mohamed Alabbar. The parties entered into “a landmark transaction” through which Farfetch and Alabbar acquired a 47.5% stake, and 3.2% stake, respectively, in YNAP. Farfetch will then acquire 100% of YNAP in three years’ time, subject to certain conditions.

Farfetch closed on a new investment in Neiman Marcus Group (NMG) on May 31. The U.K.-based online shopping platform secured a  minority common equity investment of $200 million in NMG, joining existing investors including PIMCO, Davidson Kempner Capital Management and Sixth Street. Farfetch said its investment would be used to further accelerate growth and innovation in the Texas-based retailer’s technology and digital capabilities.

And at the start of the year, Farfetch acquired luxury beauty retailer Violet Grey for an undisclosed sum. The acquisition preceded the launch of beauty on the Farfetch Marketplace later in the year.