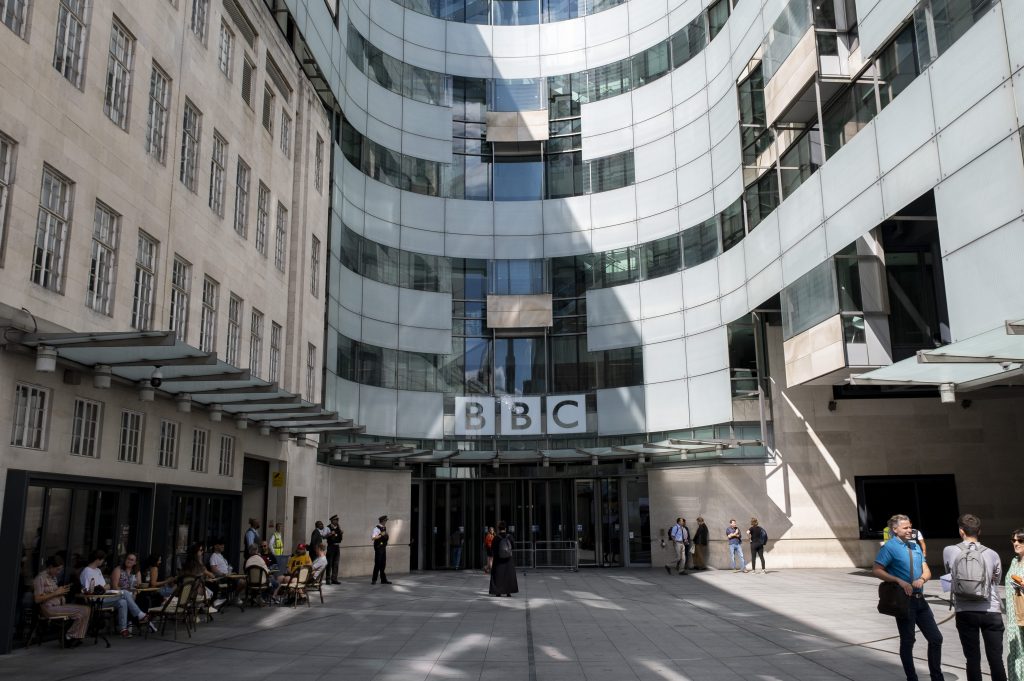 A blind BBC News Correspondent has said he thwarted a mugger’s attempt to take his phone outside New Broadcasting House. Scroll down for the tweets to see how things played out.

Sean Dilley “took a running jump and dived on the thief, knocked him off his bike and onto the floor” after the mugger robbed him in the early hours of yesterday morning following a night shift.

Dilley was being lauded on Twitter after showing a picture of his bruised knee and cut leg, having eventually reported the robber to the Metropolitan Police.

“A man on a bike just SNATCHED and stole my iPhone from my hand,” he wrote on Twitter yesterday morning at around 7 a.m. GMT (11 p.m. PST). “Wrong blind person, wrong day. I Jumped on him, [he was] safely detained and I got my phone back.”

Dilley later clarified that he had given immediate chase after feeling his phone being taken away from him. He detained the mugger for a time but let him go providing he left immediately, while another person arrived to help.

Dilley shrugged off criticism that his actions had been criminal, pointing to UK law that allows a member of the public to “attempt an arrest if they suspect a serious criminal act is taking place,” although he stressed that his own actions had been “stupid,” advising others in his position to call the police immediately.

London’s Metropolitan police are now investigating the incident as an attempted robbery and are appealing for witnesses to what happened in Central London, just outside the BBC’s headquarters.

Dilley is a successful BBC News Correspondent who writes and presents on a range of topics, along with leading the BBC’s Reframing Disability Programme.