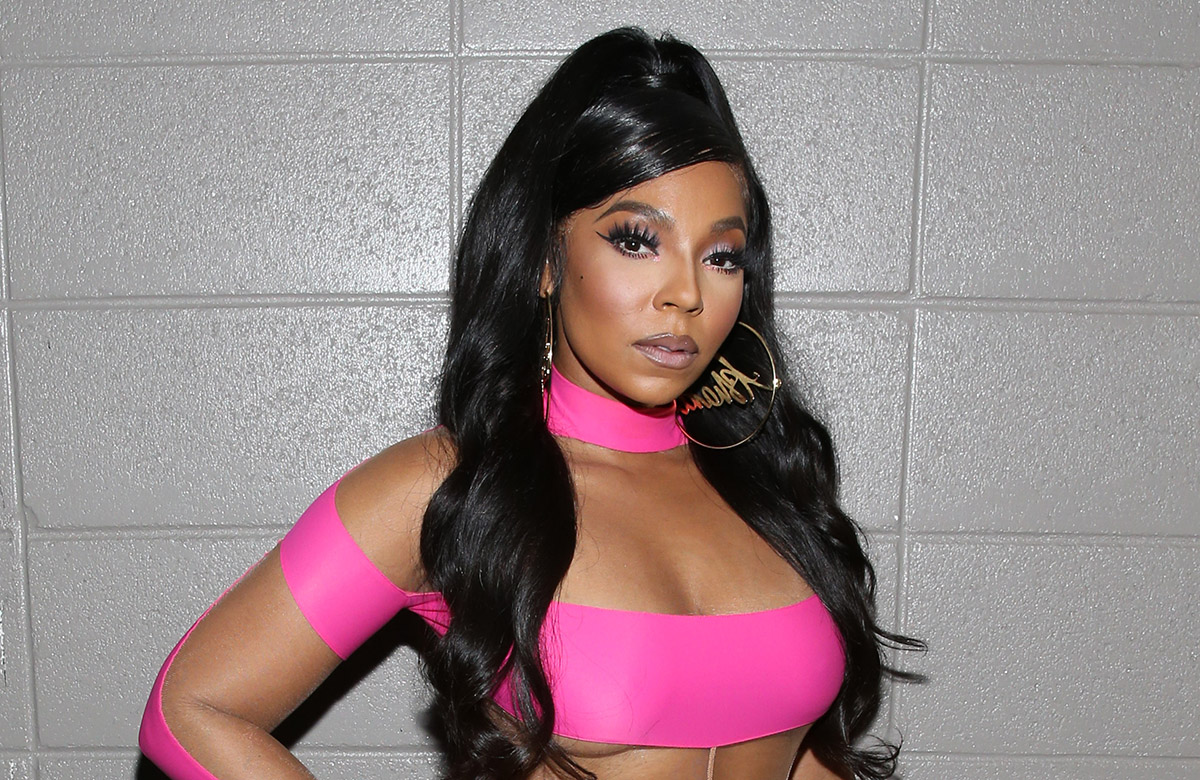 Ashanti belted her heart out centerfield at the Big 12 Football Championship at the AT&T Stadium in Arlington, Texas today. Just before kick-off between Texas Christian University and Kansas State, the “Gotta Move On” songstress performed the national anthem in classic denim and striking thigh high boots.

Complete with baby pink accents, the Grammy Award-winner’s look consisted of a cropped bomber jacket embellished with whimsical patches, the festive style layered overtop a white T-shirt. The plain top was tucked into high waisted light wash denim, which she belted, that gave Ashanti’s look those all-American vibes. The seasoned performer accessorized with large silver hoops and coordinating rings and wore her dark brown tresses in a half up half down style.

The “Foolish” singer added a dramatic pair of thigh-high boots to her look. The footwear featured a pleasing suede texture, pointed toes, and stilettos that added a few inches to Ashanti’s height. Often considered the sexiest boot silhouette, thigh-high boots most often stop mid-thigh for an elongated leg-climbing look. Commonly made of leather or suede, thigh-high boots are extremely versatile and most often worn with short skirts or shorts, dresses featuring high slits or very tight-fitting pants.

Ashanti is known for her extreme shoe game, taking impossibly cool styles and making them approachable and wearable. It seems that the Grammy winning singer can take any simple style and elevate it by pairing it with bright and bold colors and patterns, like her bikini. Whether it be boots, sandals, heels or sneakers, Ashanti can seemingly make every shoe work.

This isn’t the first time the songwriter has sung live for excited sports fans. Ashanti also performed the national anthem in 2008 at the Staples Center in Los Angeles before game five of the NBA Finals between the Los Angeles Lakers and the Boston Celtics.