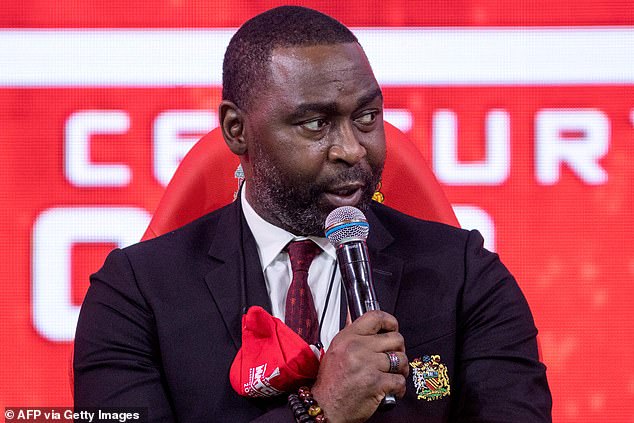 Cole, 51, enjoyed a stellar career from 1989-2008 at several clubs, but he was most-known for his spells at Manchester United, Newcastle and Blackburn Rovers.

He scored 187 Premier League goals in total – a stat which puts him fourth on the league’s all-time goalscoring list – only behind Alan Shearer, Wayne Rooney and Harry Kane.

Cole was a five-time Premier League winner with United, while he also won the Champions League in 1998-99 and was awarded the top flight Golden Boot in the 1993-94 season.

However, after a fan compared him to current Liverpool forward Nunez, Cole fumed at the lack of respect he felt he was shown.

He tweeted: ‘Cole .., Nunez… not sure we’re this nonsense started !!! But it’s Christmas the festival season… I am happily retired….’ 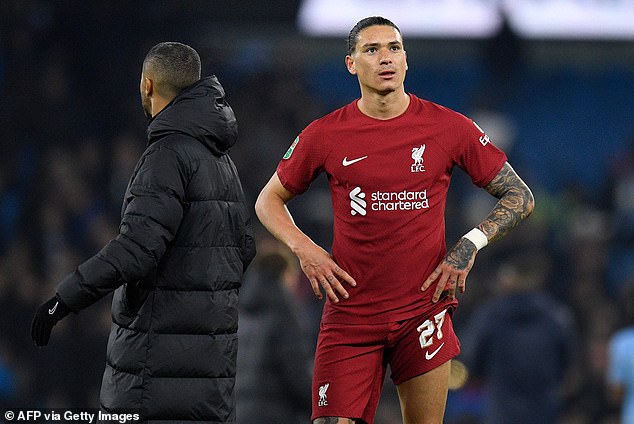 The supporter than apologised and claimed they had worded the tweet wrong but the former United striker wasn’t satisfied.

He replied: ‘Sorry Dave worded wrongly or rightly…. people need to stop disrespecting my name… because I don’t play the game, just a quiet guy getting on with life people think they can disrespect me…. Look at the numbers and compare them to anyone else …’ 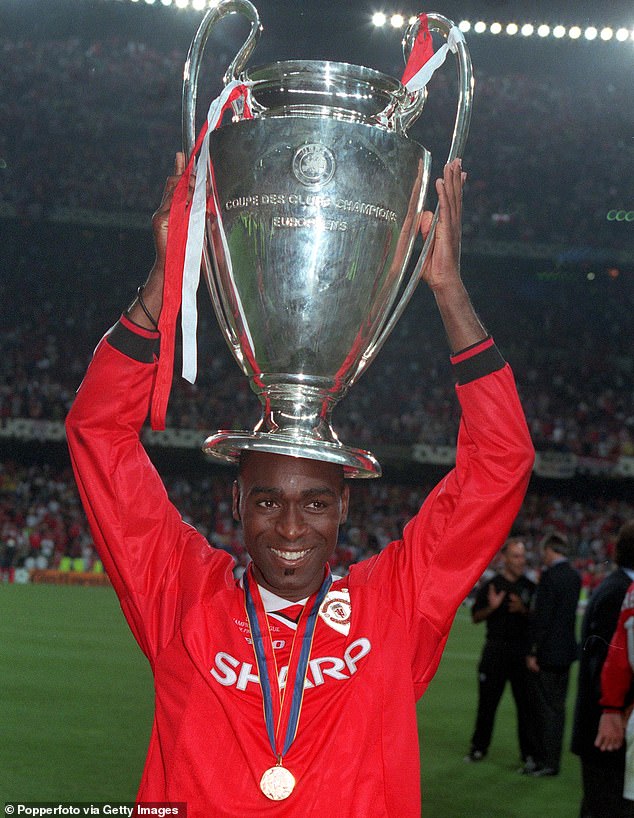 Cole is fourth on the Premier League’s all-time goalscoring list, having scored 187 goals

Nunez moved to Liverpool from Benfica for £85m in the summer and has shown signs of quality during his spell so far, although he has also missed several big chances during his short Anfield career so far.

The striker has scored nine goals and added three assists in 19 games in all competitions – including five Premier League goals – meaning he is 182 behind Cole.

Nunez and Liverpool return to Premier League action on Boxing Day with a trip to Aston Villa.

Jurgen Klopp’s side currently sit in sixth place, lying seven points off the top four after a tricky start to the season.

They played their first game since the World Cup on Thursday night when they were knocked out of the Carabao Cup 3-2 by Manchester City in the last-16 stage.