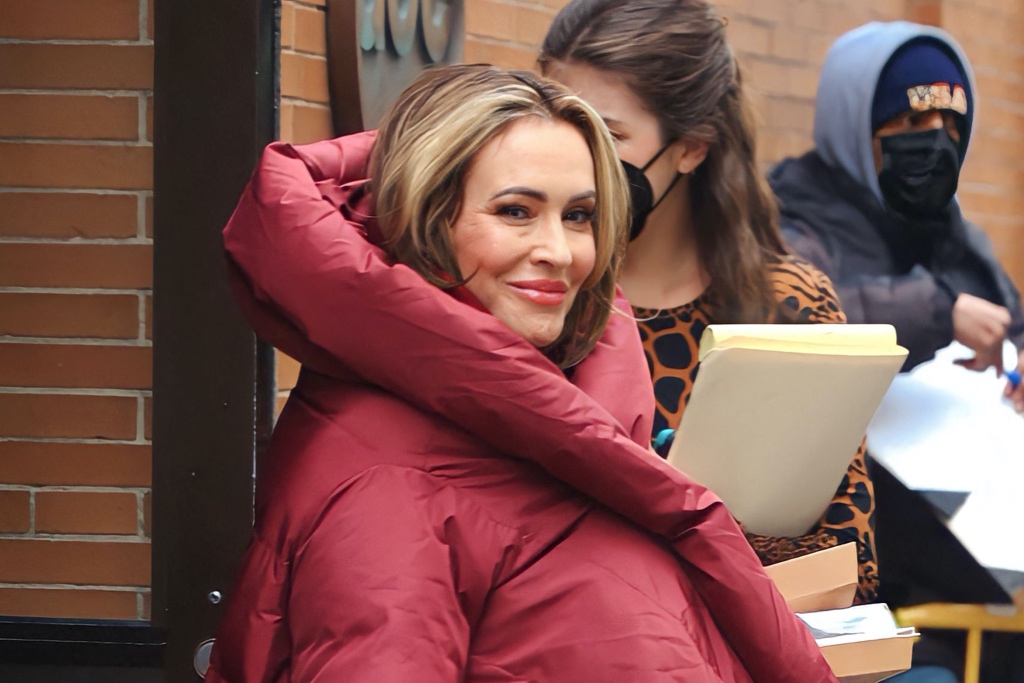 Alyssa Milano embraced the oversized trend while leaving a press stop. The “Charmed” alum was spotted in New York on Tuesday leaving the ABC studios. She appeared on “The View” today and discussed her work over the past 20 years as a UNICEF ambassador, as well as trading in her Tesla for a Volkswagen.

After wrapping up, she stepped out of the studios in a cozy look. She wore a dramatic large, oversized red puffer coat. The coat included a hood for extra warmth. She added blue baggy trousers, complementing the look’s oversized theme.

As for footwear, Milano wore black leather boots with a rounded toe and a thick platform sole. The sole added at least 2 extra inches of height to the boots.

When it comes to footwear, Milano has worn similar elevated shoe designs, coordinating with her outfit’s tone. On MIPCOM’s opening day, she slipped into boots by R13, a label she has been known to wear in the past, such as for this year’s German Comic Con in April, where she wore a laced, platform boot style from the brand with R13 jeans, a navy Frame blazer, and an Alice + Olivia bodysuit.

For the Fanatics MLB All-Star Week Party, the “Brazen” actress stepped out in prismatic Dr. Marten combat boots with shimmery silver laces woven throughout each eyelet and lug soles. She coupled her sleek footwear choice with a light pink ruffle-sleeved Zimmerman dress and a matching handbag.