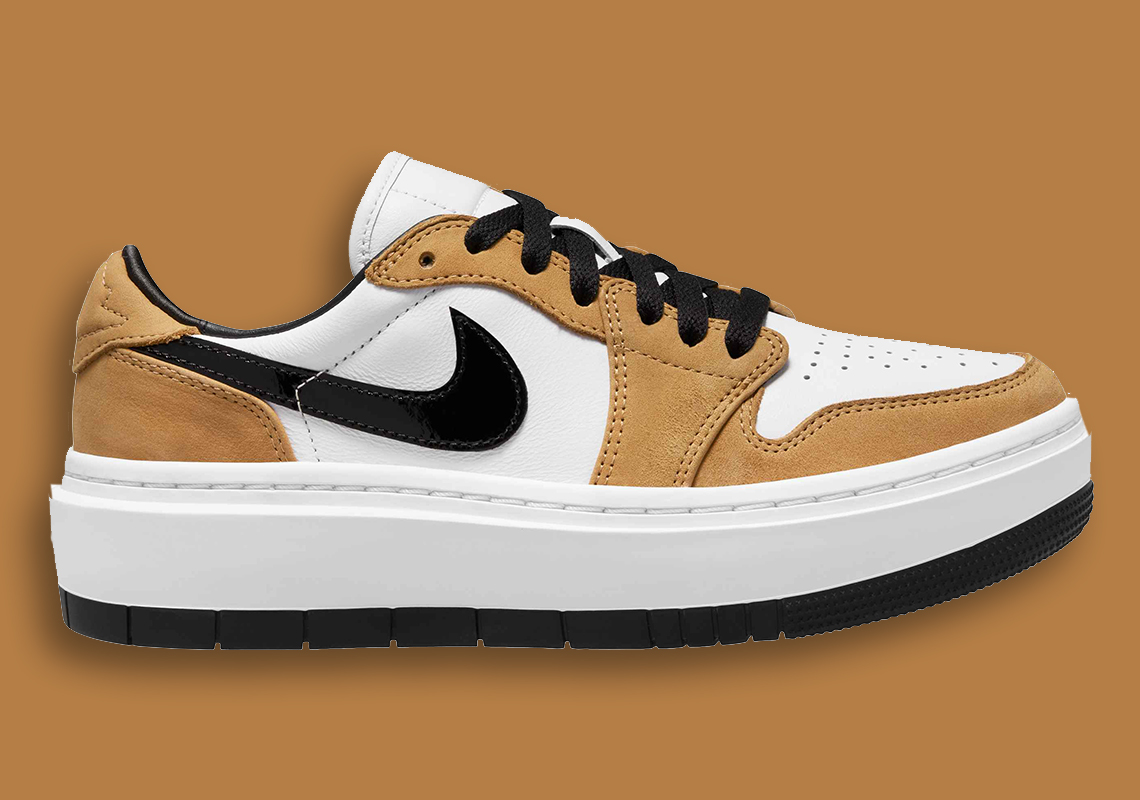 Naysayers of Brand Jordan have long criticized the NIKE, Inc. subsidiary from rehashing old ideas for larger and larger profit margins. And while the feedback is fair, it’s difficult to argue against story-driven concepts like 2018’s “Rookie of the Year” color combination, which recent appeared on the women’s Air Jordan 1 Elevate.

Inspired by Michael Jordan’s award-winning inaugural NBA season, the combination of “Gold Harvest,” “Black,” and “Sail” colors first graded the original Air Jordan in 2018. The retro drew its color palette from a young Chicago Bulls guard’s outfit at the Rookie of the Year ceremony in 1985, with details under the ankle flaps nodding to the accolade. The newly-surfaced proposition likely doesn’t boast the same thematic messaging and stats as the four-year-old predecessor, but it’s arrangement is too close in semblance to not make the connection to the previous drop, in particular when considering the Elevate has referenced other iconic styles of the Jordan 1. Much of the upper is borrowed from Peter Moore’s decades-old design, with the biggest modification to the sneaker arriving in the form of a fashion-forward, exaggerated sole unit.

A firm nike.com launch date hasn’t been disclosed yet, but that’s likely to change soon. While you wait, enjoy a closer look at the women’s pair ahead.