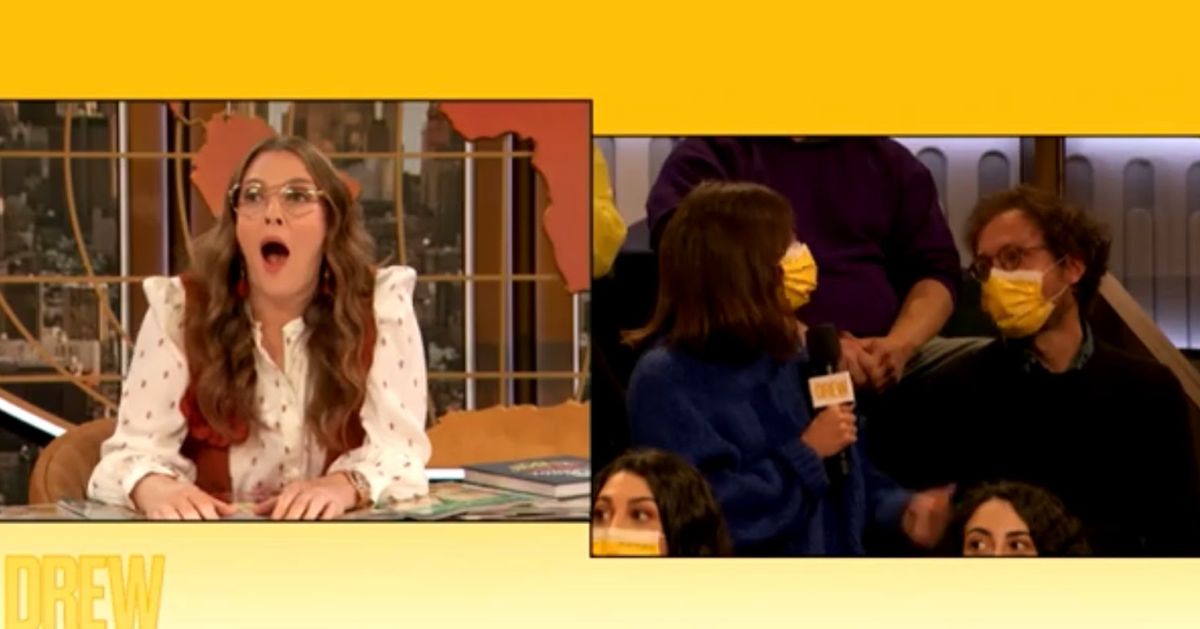 A clip of a couple’s interaction on “The Drew Barrymore Show” didn’t sit right with Twitter users this week, but the full clip clears up the pair’s complicated love story.

The clip, which depicts part of a “Drew’s News” segment that aired during the show’s last season, shows a woman telling the man sitting next to her in the audience that he’d “ruined everything,” then the woman explains what the man had ruined in their relationship.

The couple were shown in the audience when Barrymore and Ross Matthews asked audience members to respond to a question about what they’d do if they didn’t like a friend’s partner.

Barrymore called on a couple that had been “giggling.” The man in the couple told her that you “have to be honest and also not ruin everything” ― but then the woman chimed in to say that he had “ruined everything.”

The woman then told Barrymore that he had just spoiled her attempt to propose to him while they were on the Brooklyn Bridge.

“He said to me, ‘Oh, no, it’s embarrassing. Get up,’” said the woman, who left Barrymore and the audience in shock.

You can watch the clip below.

“What does this have to do with a friend?” Drew asked the couple.

“Nothing,” they both said.

“I had to do this,” the woman then said to the man.

Twitter users called for the viral clip to receive an “Emmy immediately” while others appeared to celebrate the woman’s on-air comment.

And that’s on “you think me proposing to you at the Brooklyn bridge was embarrassing!? Just you wait, I’ll show you what real embarrassment looks like!!!” pic.twitter.com/vEyZ9SIq51

The Twitter clip, however, left out a “happy ending” to the couple’s story.

“I wanted to do it myself, later. Not today,” the man said of the proposal as he received a mix of awww’s and — later — laughter.