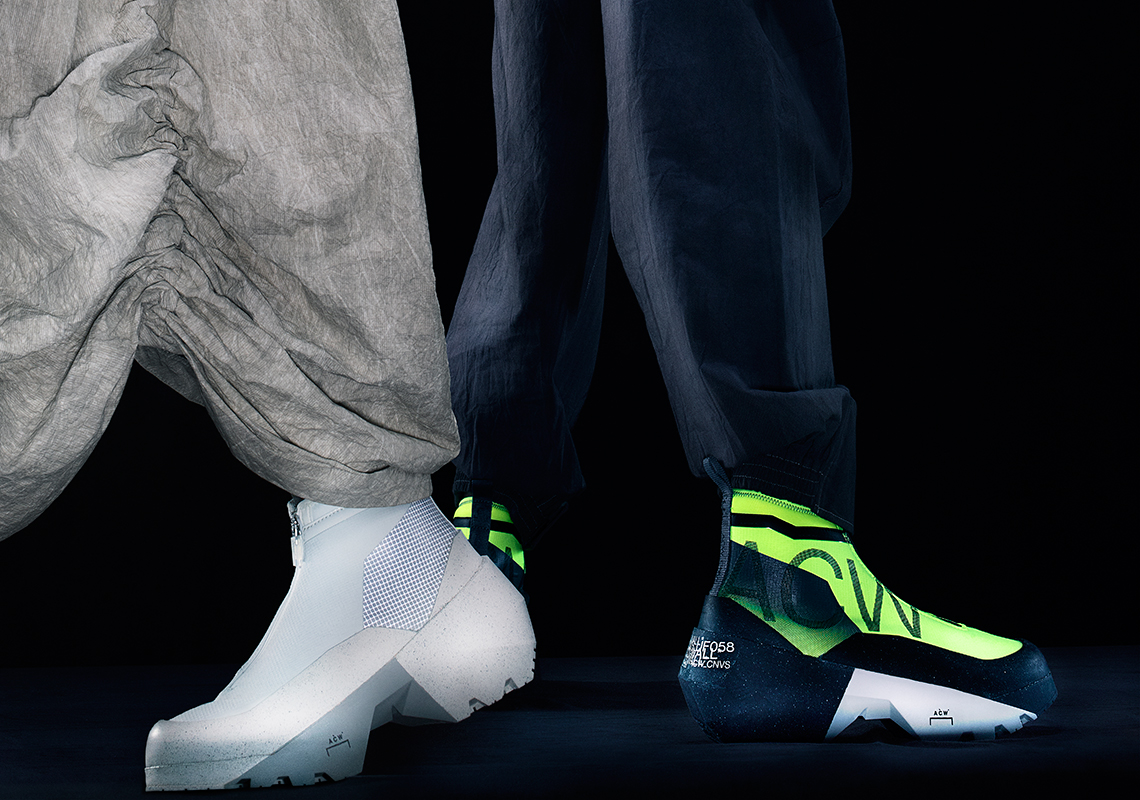 Samuel Ross and NIKE, Inc. had a prolific partnership in the late 2010s, but the start of the new decade saw the collaborators take a break. Over the last year, however, the A-COLD-WALL* frontman has found his stepping with Converse, helping the Boston-based subsidiary of the Swoosh introduce new, futuristic silhouettes to the heritage brand. The latest?: The Geo Forma Boot.

Touted as an innovative blend of “functional utility and progressive style”, the Converse Geo Forma Boot deviates from much of the product currently offered by the “One Star Brand”. An avant-garde aesthetic is achieved via the zip-up shroud and elevated, lugged outsole, as well as the sharp design lines throughout the entirety of the boot. Ross utilizes a stretchable inner-bootie, which helps maintain a clean look on the practical and subversive design. Co-branding appears at various points throughout A-COLD-WALL* and Converse’s next original creation, while “Volt” and “Lily White” colors make up the majority of the unreleased shoes’ uppers.

Enjoy campaign imagery of the model’s two debut styles ahead, and find both pairs hitting converse.com on Tuesday, December 20th, for $150 USD each.

For more from the NIKE, Inc. family, check out the all upcoming Jordan Release Dates 2023. 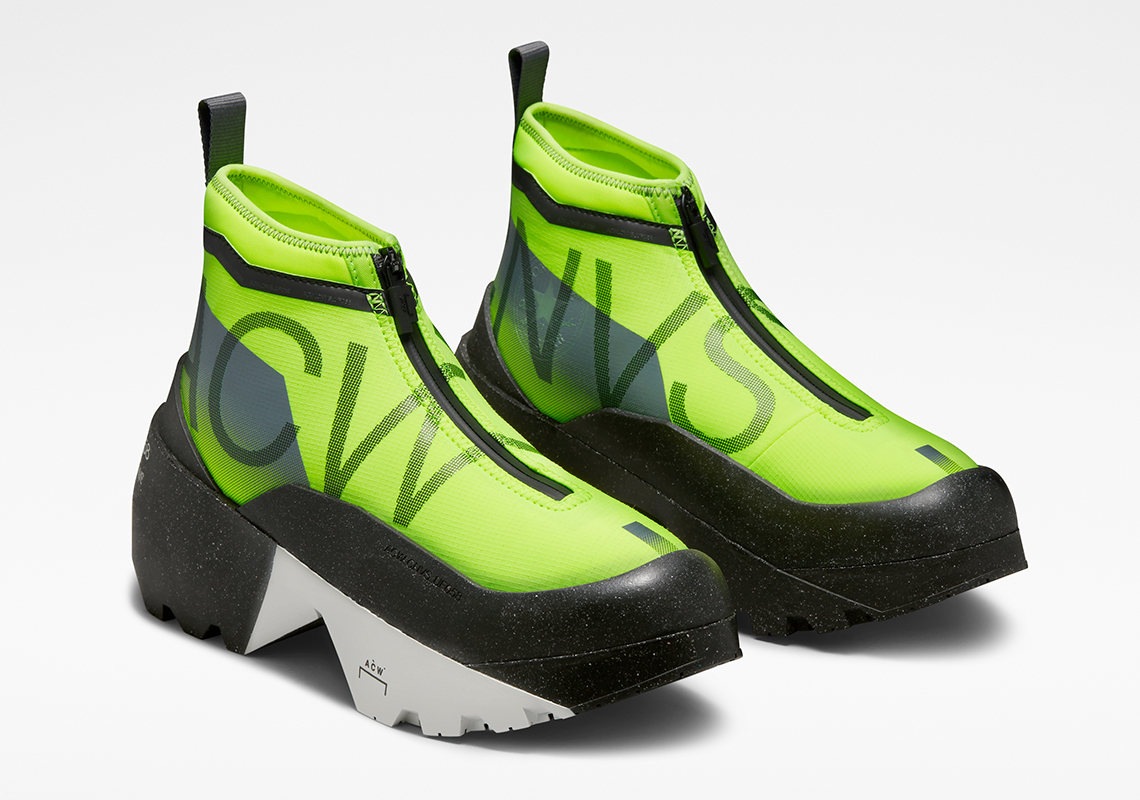 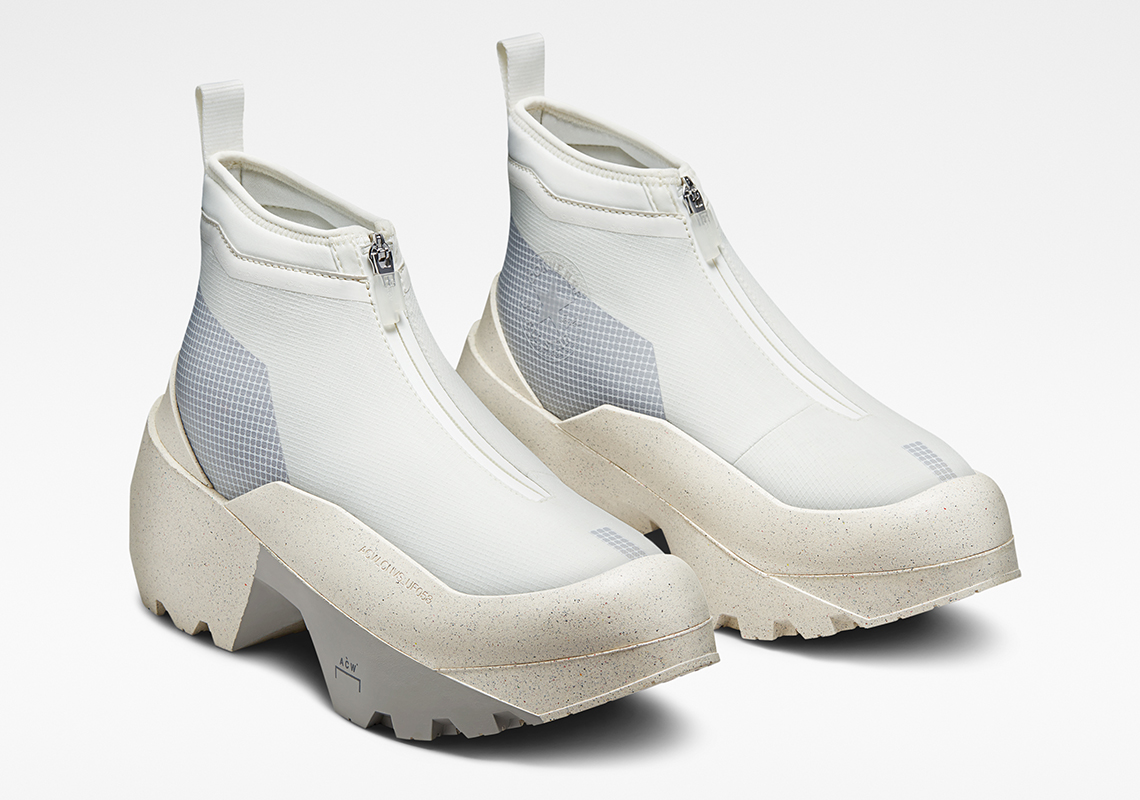 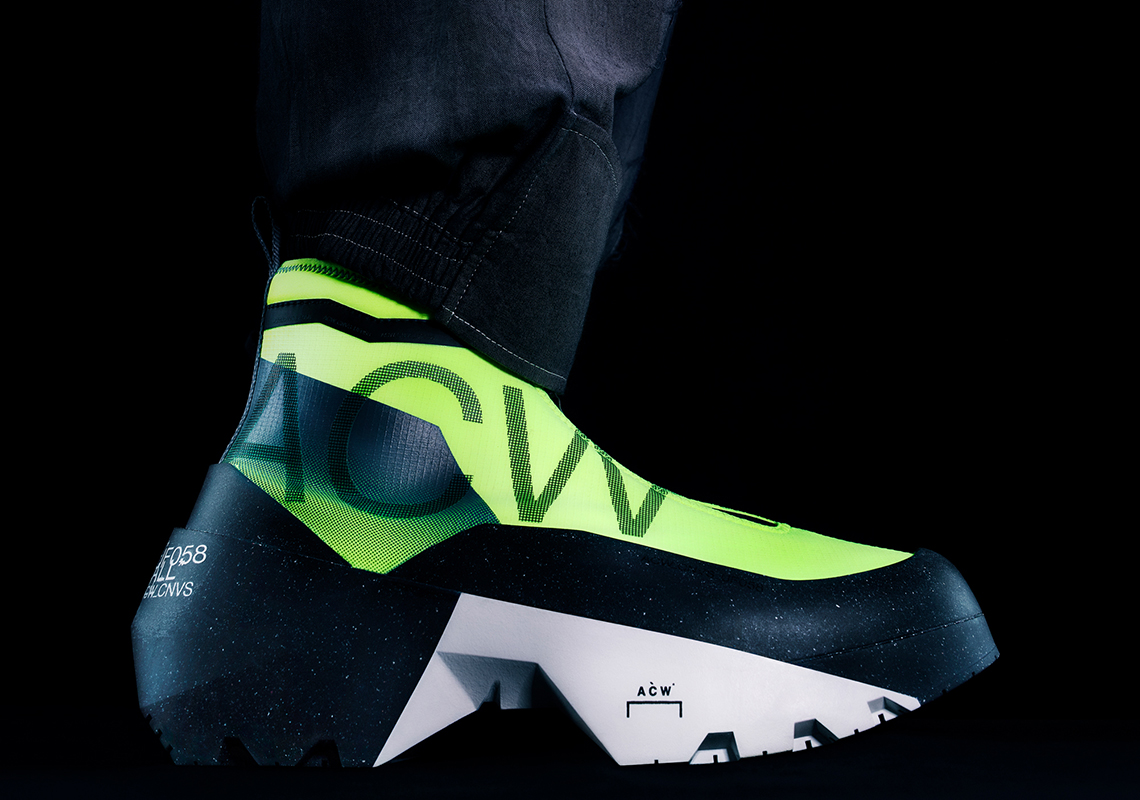 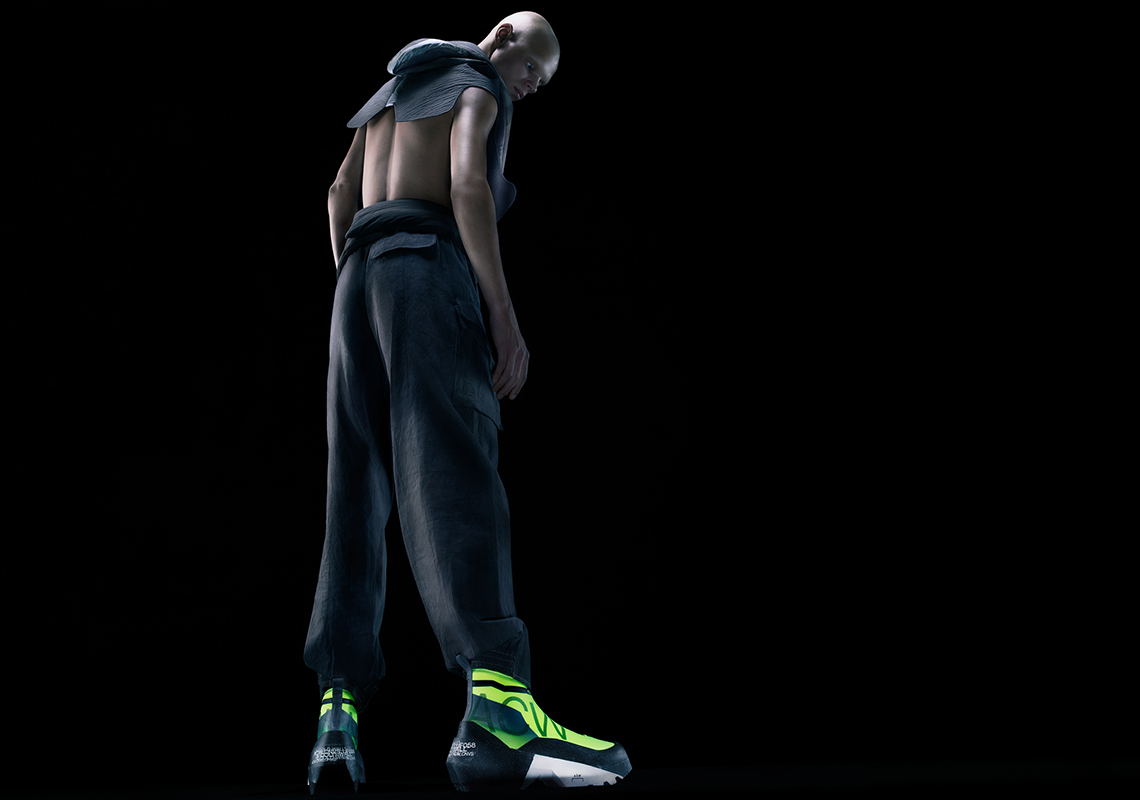 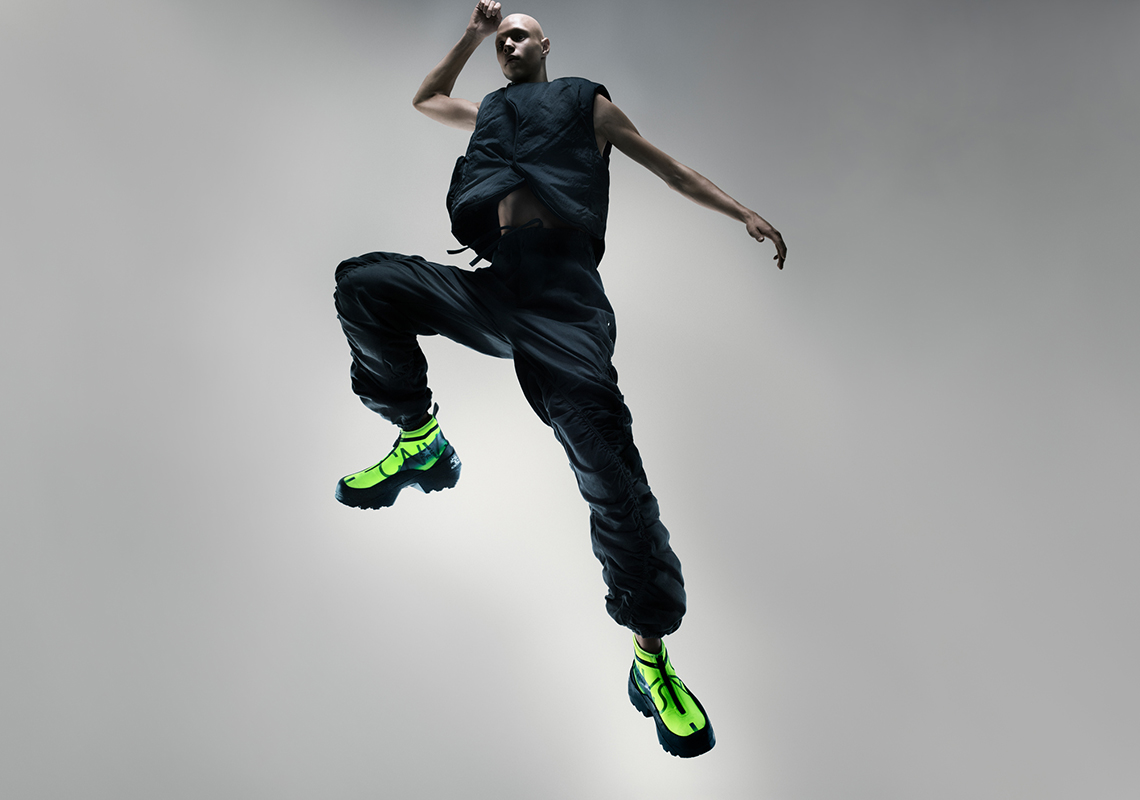 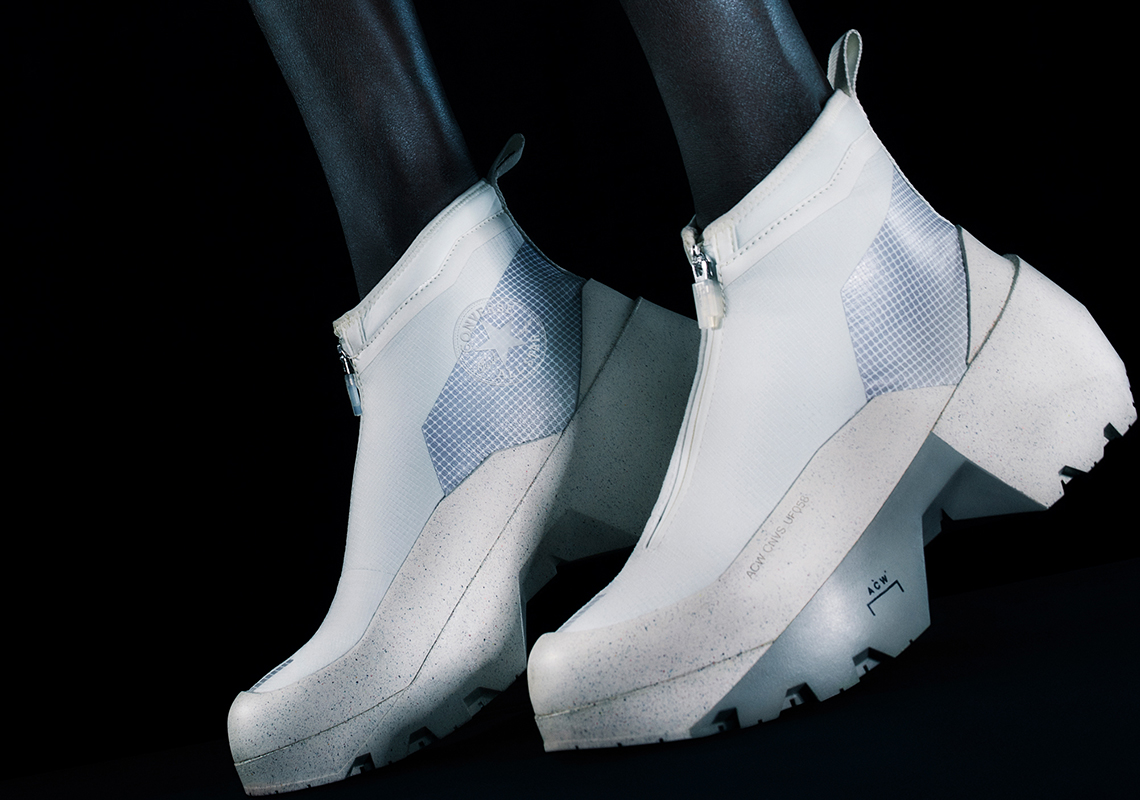 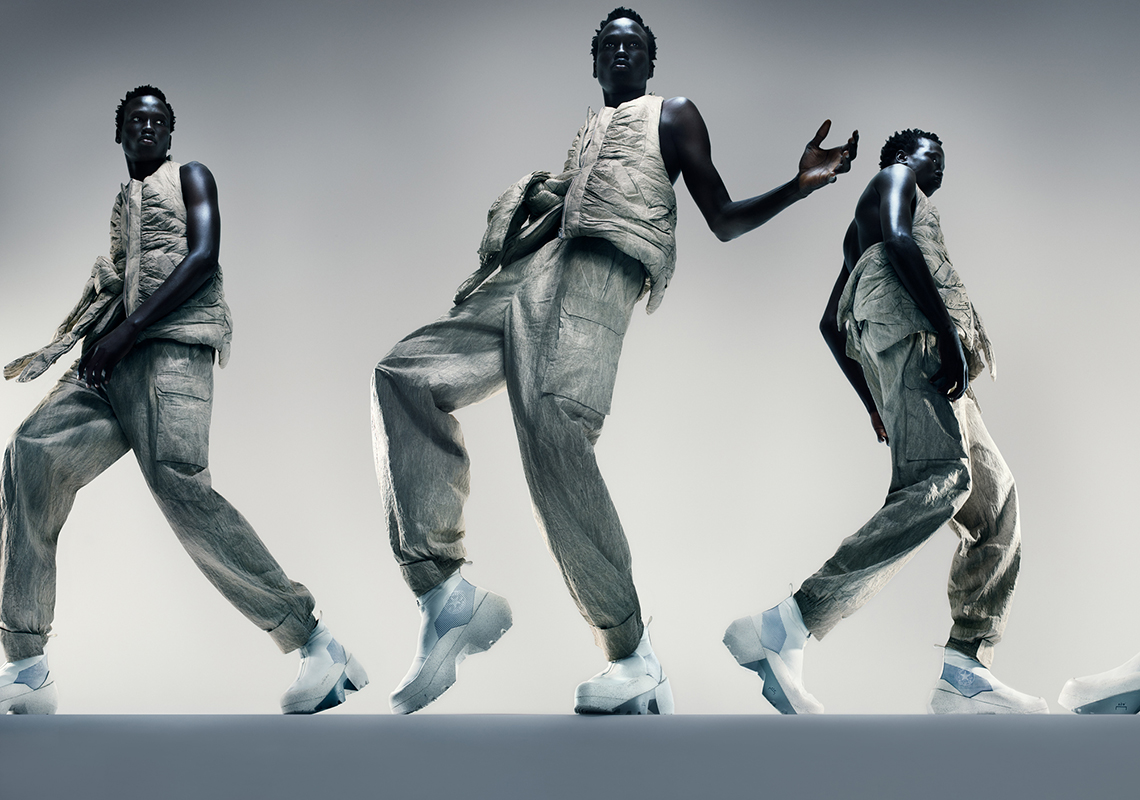 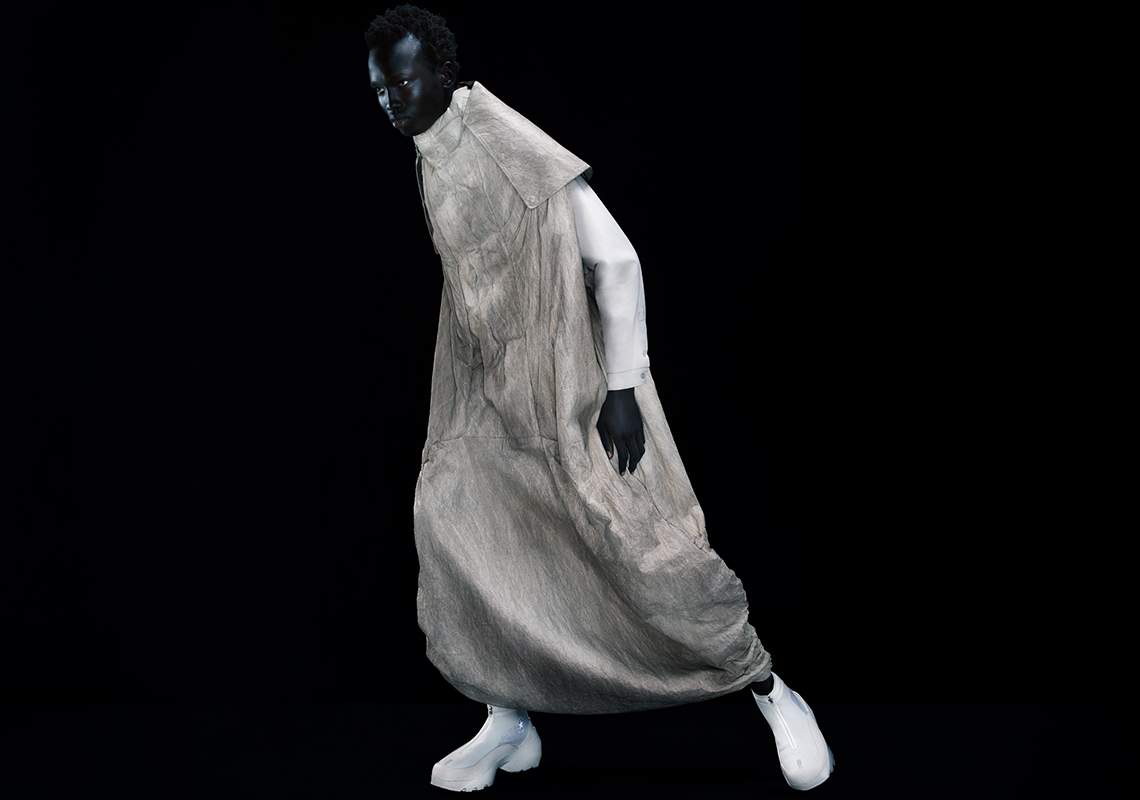